Jawbone, makers of the popular JAMBOX hardware and UP activity trackers, announced two new products that will join the existing UP line – the UP3, the successor to the company’s UP24 wristband, and the UP Move, a $50 wearable/clip-on activity tracker.

Described as the world’s most advanced fitness tracker, the UP3 builds upon the feature set of the UP24, adding a variety of new sensors to capture more data and generate personalized recommendations though the Smart Coach feature of the iOS app. Sharing a similar design of the UP24 albeit in a sleeker form factor with multiple models (textures and colors), the UP3’s most notable addition is a sensor to measure heart health through what is known as “bioimpedance technology”, which is able to capture heart rate, skin conductance, and respiration rate with the ability to unlock more functionality via software update thanks to its versatility.

From the Jawbone blog:

There are several ways to measure heart rate, ranging from standard stethoscopes to ECG monitors. The most common approach in the wearable category is using optical sensors, which shine light through the skin to measure heart rate. But optical sensors are power hungry and need a relatively large surface area to capture a good signal. What’s the result? Products with low battery life and uncomfortably large form factors. Right off the bat, we knew this was not the technology to meet our goals. We set out to achieve the smallest form factor possible, with up to 7 days of battery life.

As explained by the company, heart-related data captured by the UP3 won’t be stored in isolation, but it’ll be used to understand user habits in their daily lives and offer meaningful and practical recommendations in the context of their lifestyles. Initially, Jawbone will focus on resting heart rate, but the company is planning to add passive and on-demand heart rate tracking with software updates. For instance, the UP3’s new sensors will be able to more effectively measure caloric burn during workouts or stages of deep sleep at night.

The UP3 also packs more advanced sleep tracking features, allowing users to visualize accurate data for deep and REM stages of sleep. The bioimpedance sensors will help in better separating sleep stages, but, again, Jawbone hopes that data will be the starting point, not the goal of the device:

But we don’t believe it is enough to simply provide a dashboard of time spent in various sleep stages. What we really need is personal guidance on how to get a better night of sleep - focused on you, your lifestyle, what you eat and how active you are. So the UP app looks at all of these factors in order to provide recommendations tailored for you. This feature is called Smart Coach. Let’s say it takes you a while to fall asleep at night, which in turn might reduce the amount of Deep sleep you can get. UP may suggest some well-known recommendations (i.e. keep your bedroom dark and cool), and some lesser-known, such as the value of taking nighttime showers*. Depending on what impacts your sleep, Smart Coach will deliver a range of bite-size, actionable recommendations for a better night of sleep.

In addition to heart health and sleep tracking, the UP3 will also feature a tri-axis accelerometer, skin and ambient temperature sensors, and algorithms to automatically categorize activities and workout types in the UP app for iPhone. The UP3 will be available later this year in the Black Twist model for $179, with additional color options coming next year.

The UP Move is Jawbone’s new entry-level UP tracker, and it’ll be available in five color combinations this month. 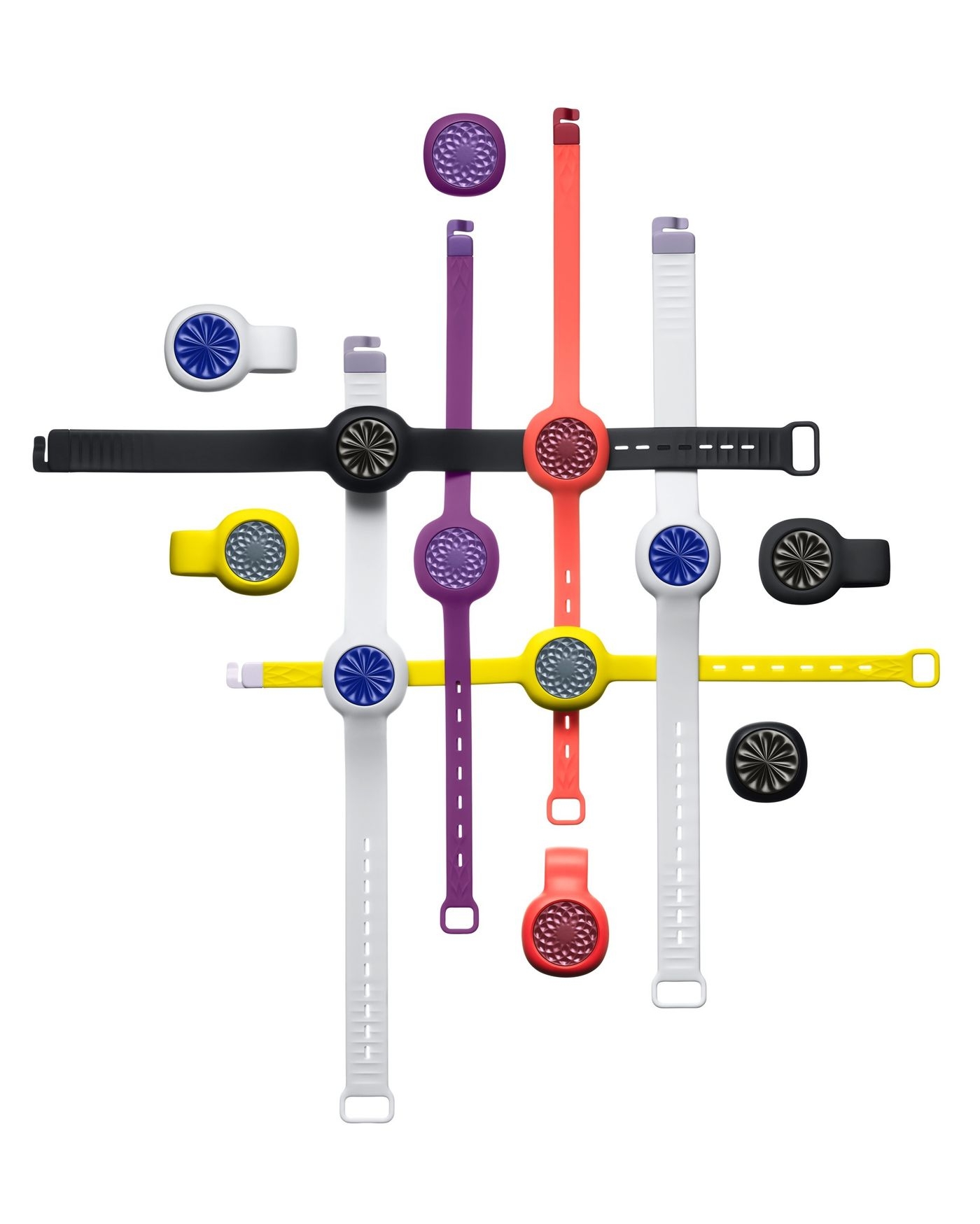 Powered by MotionX technology, the UP Move will feature a small display that will indicate time, progress towards goals, and more. The UP Move is meant to cover the basics of fitness tracking – steps and sleeps – but it’ll also integrate with the Smart Coach feature of the UP app and its battery life is said to last up to six months.

You can read more about the UP3’s design in a post by Yves Behar, and you can compare all UP trackers by Jawbone here.