Apple released a minor update to iTunes last night, which reaches version 10.0.1 and introduces a new feature for Ping users: the Ping sidebar. The Ping sidebar allows you to always have the updates from the people you follow under control: the “Recent Activity” is a smaller version of the Ping dashboard you’re used to and it displays new purchases, preorders and likes. You can like, comment, preorder and buy from the sidebar itself. 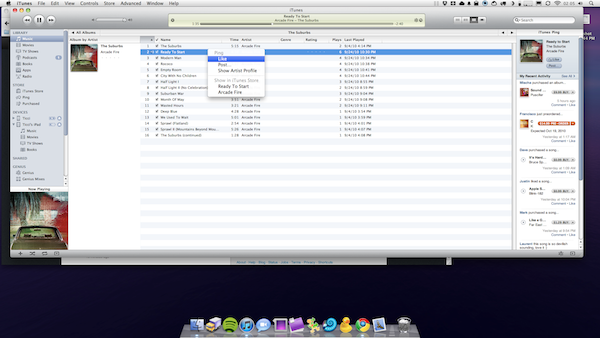 The most important feature introduced in this new version of iTunes isn’t the sidebar, though: you can now like and post songs / albums directly from your Music library. Finally! This is something we’ve all been asking since the first version of Ping, and Apple’s implementation is really simple: you get a dropdown next to each song from where you can like, post (this opens an additional popup), show artists profile and find the related album / artist in the iTunes Store.

Clearly Ping is a way for Apple to get more people in the iTunes Store and get more data to deploy better recommendation systems in the future. It’s still far from being a “social network”, but at least you can integrate Ping with your local music library now. 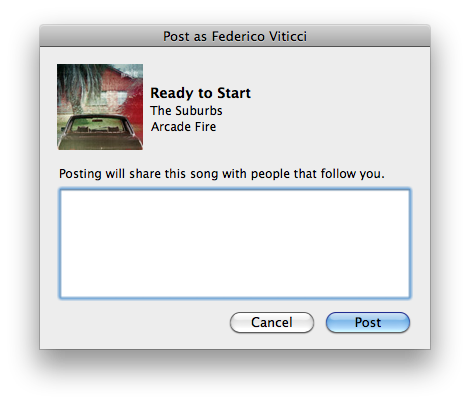