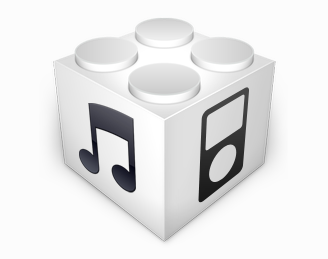 Rumors and nuggets of information circulating around the web seem to suggest that the next update to iOS, 4.3, will come within the next two weeks. These suggestions come from a few sources, from David Pogue to John Gruber and The Daily’s launch.

As 9to5Mac was able to pick up on, David Pogue’s review on the Verizon iPhone contained a snippet that was later updated and removed. It was the statement that AT&T’s iPhone will get the Hotspot feature on February 13, there was no insinuation by Pogue that this was his guess but just written plain out as a fact.

The single new feature in Verizon’s iPhone is Personal Hotspot, where the iPhone becomes a Wi-Fi base station. Up to five laptops, iPod Touches or other gadgets can get online, using the phone as a glorified Internet antenna.
That’s incredibly convenient. Many other app phones have it — AT&T’s iPhone gets it on Feb. 13 — but Apple’s execution is especially nice. For example, the hot spot shuts itself off 90 seconds after the last laptop disconnects. That’s hugely important, because these personal hot spot features are merciless battery drains.

For AT&T iPhone’s to have this feature would require a software update that includes the Hotspot feature, and the Verizon iPhones are running 4.2.6. iOS 4.3 (currently being tested with developers) has the Personal Hotspot feature.

In John Gruber’s review of the Verizon iPhone 4 he writes:

He notes that this is purely speculation on his side and that Apple refused to comment but as he pointed out, the announcement from The Daily gave some telling hints. At the moment it is free for two weeks and subscriptions are not required. It is likely that for the new subscription purchases, new developer API’s need to be included in a software update before apps can utilize this feature. With The Daily free for two weeks, iOS 4.3 can be presumed to arrive by then.