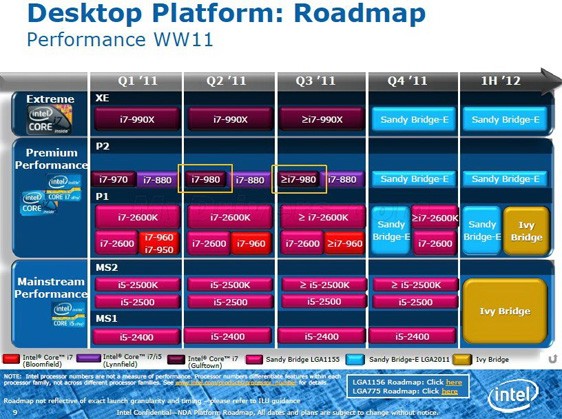 Yesterday, Intel confirmed they will support both USB 3.0 and the recently-introduced Thunderbolt technology in 2012. USB 3.0 – evolution of a widely adopted standard in PCs, mobile devices and tablets – failed to gain support by chipset maker Intel in 2010 and early 2011 as the company only enabled it in desktop motherboards powered by a NEC chip, thus focusing on finalizing the development of Light Peak instead, now known as Thunderbolt. USB 3.0 promises data transfers 10 times faster than USB 2.0, but it can’t reach the 10 Gbps capabilities of Thunderbolt – implemented by Apple and Intel in the latest MacBook Pros, and expected to come to more OS X computers and desktop peripherals in the near future.

Intel is going to support USB 3.0 in the 2012 client platform. We’re going to support Thunderbolt capability. We believe they’re complementary,” said Kirk Skaugen, a vice president at the Intel Architecture Group, speaking at Intel’s developer conference in Beijing today. The event was streamed over the Web.

With the 2011 MacBook Pro refresh, Apple used Intel’s Sandy Bridge processors to increase the performances of the new line and implement Thunderbolt, which allows for multiple connections (daisy-chaining) and high-speed data transfers with a variety of external devices. A report published a day before Apple launched the new MacBook Pros with Thunderbolt and Sandy Bridge processors suggested the 2012 refresh would be a big milestone release for Apple, with a completely new design and breakthrough features. If Intel will manage to get Ivy Bridge chipsets available in the market by the first quarter of 2012, some speculate Apple might consider supporting both Thunderbolt and USB 3.0 as well – it’s worth noting that Intel is indeed telling developers and manufacturers to support both standards. [via Cnet, Engadget]