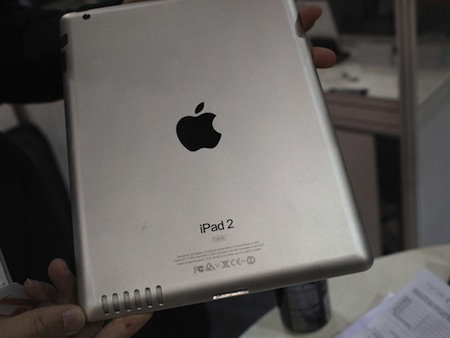 Following today’s leaks of the upcoming MacBook Pros and the official iPad 2 event announcement by Apple, iLounge has posted more information on the next-generation MBPs and iPads we’re going to see tomorrow and next week. According to iLounge’s sources, this year’s MacBook Pro refresh is turning out to be an incremental upgrade / speed bump, but a major redesign for the line is planned for 2012, and it’s already in development at Apple’s manufacturers in Taiwan.

Next year is the year when Apple will introduce an all new design for the MacBook Pro product family, which is already under development at Quanta in Taiwan. It’s being described as a big, “milestone” release for the Pro family, as compared with the speed bump features that will be introduced in tomorrow’s models.

Several rumors in the past weeks pointed at the 2011 MacBook Pro update as a chance for Apple to introduce a new design after the unibody breakthrough in 2008. Clearly this isn’t happening, and at this point it appears we should get ready for a complete re-imagination of the MBP family in 2012 (perhaps with the adoption of Liquid Metal).

Also, iLounge corroborates Daring Fireball’s John Gruber theory of two iPads in 2011 claiming that the “iPad 2” Apple is going to announce on March 2nd is actually an iPad 1.5 with minor additions (camera, bigger speaker, thinner design) and that the “iPad 2” Apple was planning will be released as “iPad 3” later this year. Why? According to the website, the rumors of production issues with the next-generation iPad weren’t completely false, as Apple has been forced to push back the release of an iPad with plenty of new features. Thus, the iPad we’ll see next week should be a minor iPad 1.5 upgrade, and the real iPad 2 will become “iPad 3” in the coming months. To keep the market going to meet its annual product release cycle, Apple’s going to release a slightly tweaked version of the iPad by late March.

But last August, Apple was rumored to be working on a more modest incremental update to the iPad that was going to add a front-facing camera, with a possible release date of right before the holidays. That last part sounded crazy—impossible, really—even though it did sound like Apple was testing something that wasn’t quite an iPad 2, but was actually more like an iPad 1.5, sort of like the third-generation iPod touch. (You remember that one, right? The one where Apple pulled the rear camera at the last minute due to production problems.) If the real “iPad 2” wasn’t ready in time, Apple could just release the mildly tweaked version as a stop-gap measure. This would explain John Gruber’s “guess” that Apple is planning to release an “iPad 2” and an “iPad 3” this year; Apple, of course, would prefer that its customers always think they’re getting a full next-generation product rather than some half-step down the road to something better.

At this point, the whole truth about the second-generation iPad isn’t that far away. We’ll find out more next week.