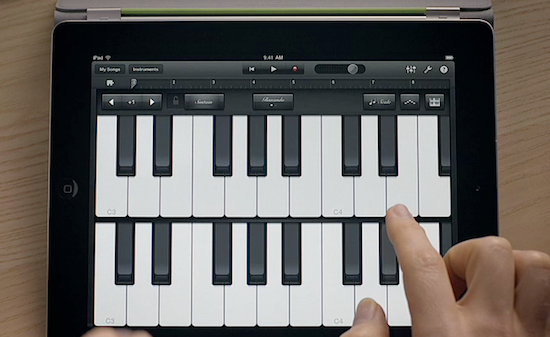 As noted by 9to5mac, Apple has tweaked the “apps for iPad” webpage to include guided tours of the new iMovie for iPad, GarageBand and iBooks. iBooks isn’t exactly new, but everything has been re-recorded with shiny new white iPads. The voice over is also pretty good and clear, the tutorials make movie editing, music making and recording look simple and fun. Some details that weren’t demoed at Apple’s keynote are also featured: GarageBand has a dual keyboard mode, there’s a selection of Apple-designed amps to choose from and iMovie picks up songs from the iPod library or its built-in sounds seamlessly.

Videos are available here. The iPad 2 comes out on Friday, and we’re going to get ours as soon as we can. Look for lots of iPad 2 coverage on March 11 here on MacStories.

Update: Apple has posted more tutorials for every built-in iPad app. Check them out here.