I’m pretty sure the iMac Touch rumor is one of the best ones we’ve had to deal recently: Digitimes has played the most important role in this story, reporting about the iMac Touch in January thus starting an all-new rumor chain that extended to websites such as LoopRumors. Then, about a month ago, Patently Apple discovered an actual patent for an iMac computer capable of shifting from a classic desktop configuration to a touch-based, iOS-like interface. 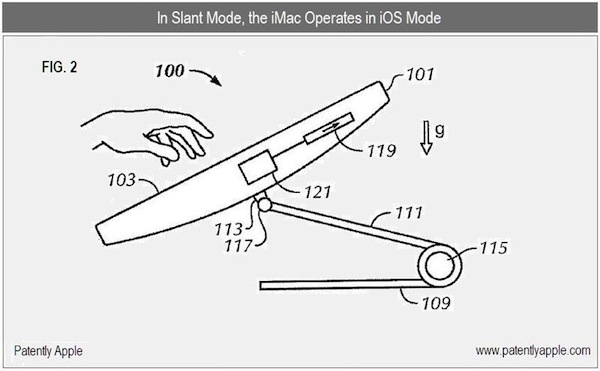 But Digitimes is reporting about the iMac Touch again: according to their latest news report, Sintek Productions has sent prototype of a 20-inch capacitive display to Apple, likely to be used in an “all-in-one” iMac Touch computer.

Sintek Photronics has reportedly sent samples of projected capacitive touch panels to Apple to be incorporated in the latest iMac all-in-one (AIO) PC, according to industry sources.

Projected capacitive touch panels are typically produced by placing touch sensors over the panel, and then a cover glass over the sensors. The conventional method is not only costly and complex, but affects display brightness.

The new iMac is rumored to have a good vertical and horizontal viewing angle, and its projected capacitive touch panel will adopt a one-glass solution, which integrates the touch sensor and cover glass, to reduce thickness and weight.

Does “good angle” mean IPS technology? And what about the “one-glass” solution - is it the same glass Apple used in the iPhone 4? I don’t know, I don’t know what to say about this rumor that keeps popping up every few months. At this point, I’m just throwing this out there: OS X 10.7 with some kind of touch interaction at WWDC ‘11.