Popular web automation service IFTTT unveiled three new iPhone apps today, aimed at allowing users to set up their own custom shortcuts for notes, the camera, and buttons to quickly trigger recipes. The three apps, called Do Note, Do Camera, and Do Button, abstract some of the functionality from the full IFTTT service for a lightweight experience with an easier setup for popular use cases. According to the IFTTT website, the main IFTTT app will be renamed “If”.

A few weeks ago, I noted how I struggled to use web automation services because of the lack of native mobile integration. These new IFTTT apps want to exactly address this problem: instead of using third-party services and apps to fetch text, images, or actions, they let you type your own note, use the iPhone’s camera, and assign your own button to, say, Hue lights or WeMo switches that you manually tap. By focusing on three input types – text, photos, and actions – IFTTT has created dedicated apps that plug into the already rich ecosystem of connected services and devices that can be automated with IFTTT. 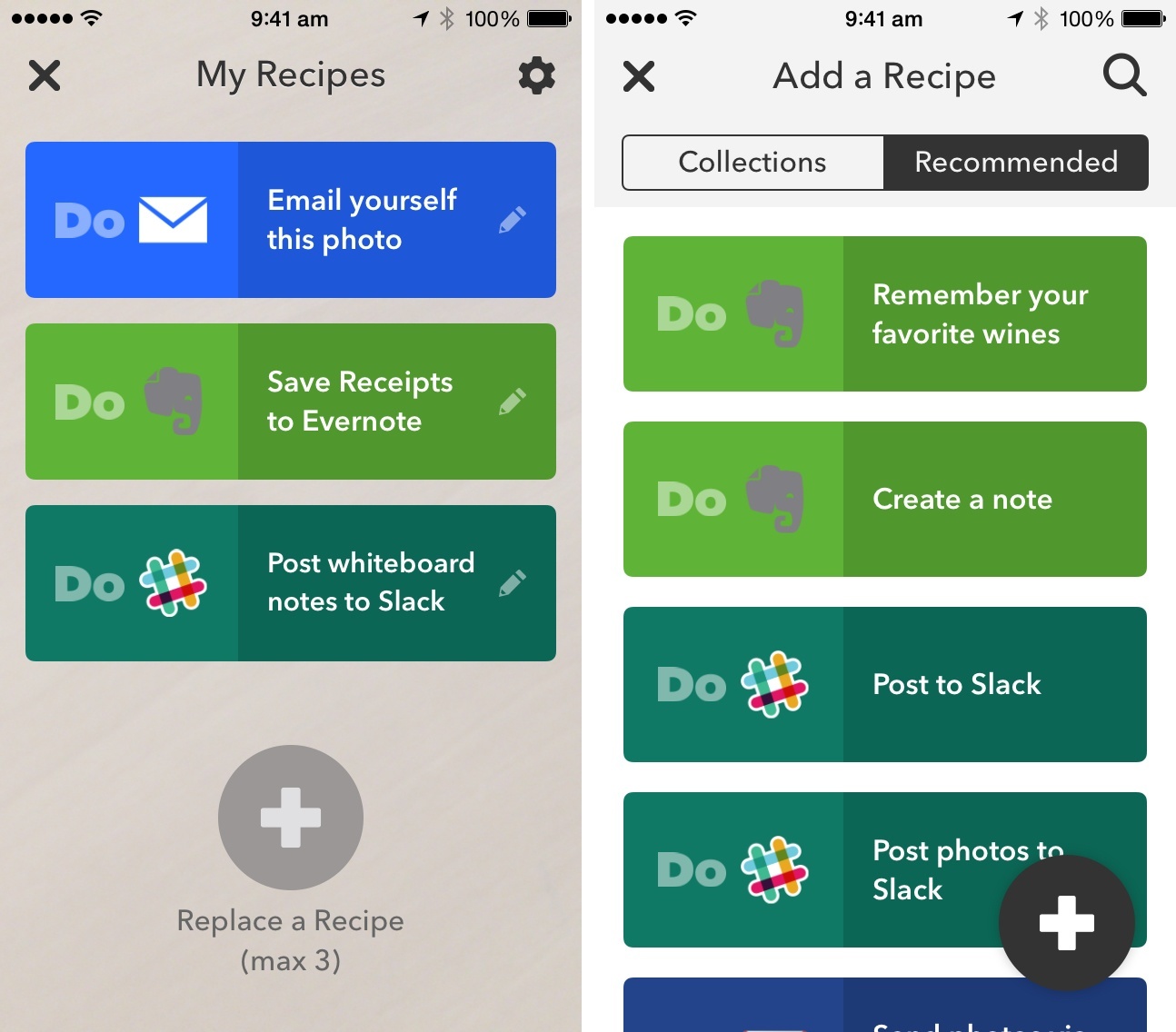 Set up recipes with IFTTT.

I’ve only started playing with the apps now, but I think this is precisely what IFTTT needed. For years, I tried to set up workflows to automate text and photos with IFTTT using other apps like Launch Center Pro or email triggers; now, I can open the Do Note app and type a message myself. IFTTT is essentially putting the “If This” part of its system on you, using native apps to type, take pictures, and tap buttons. 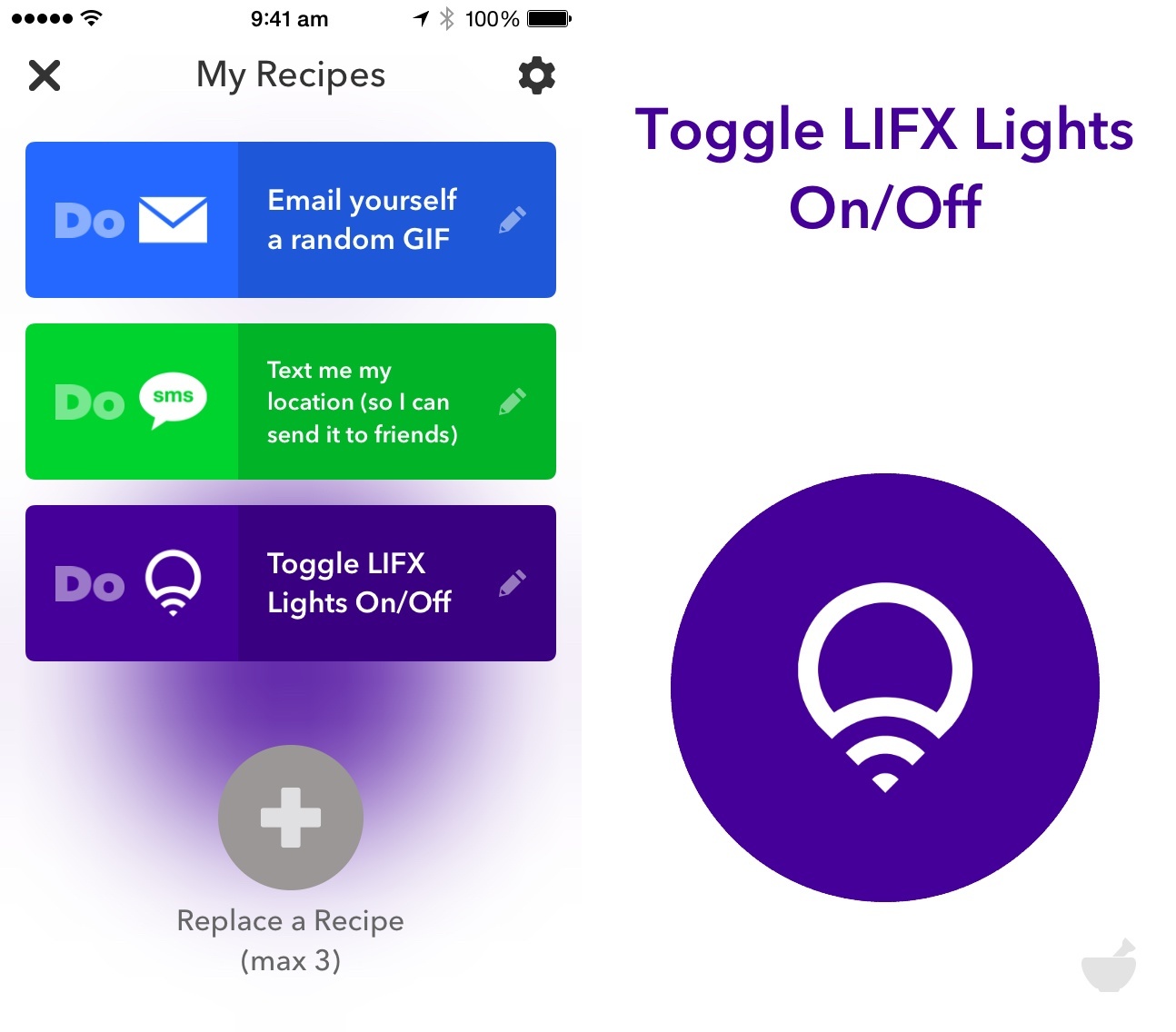 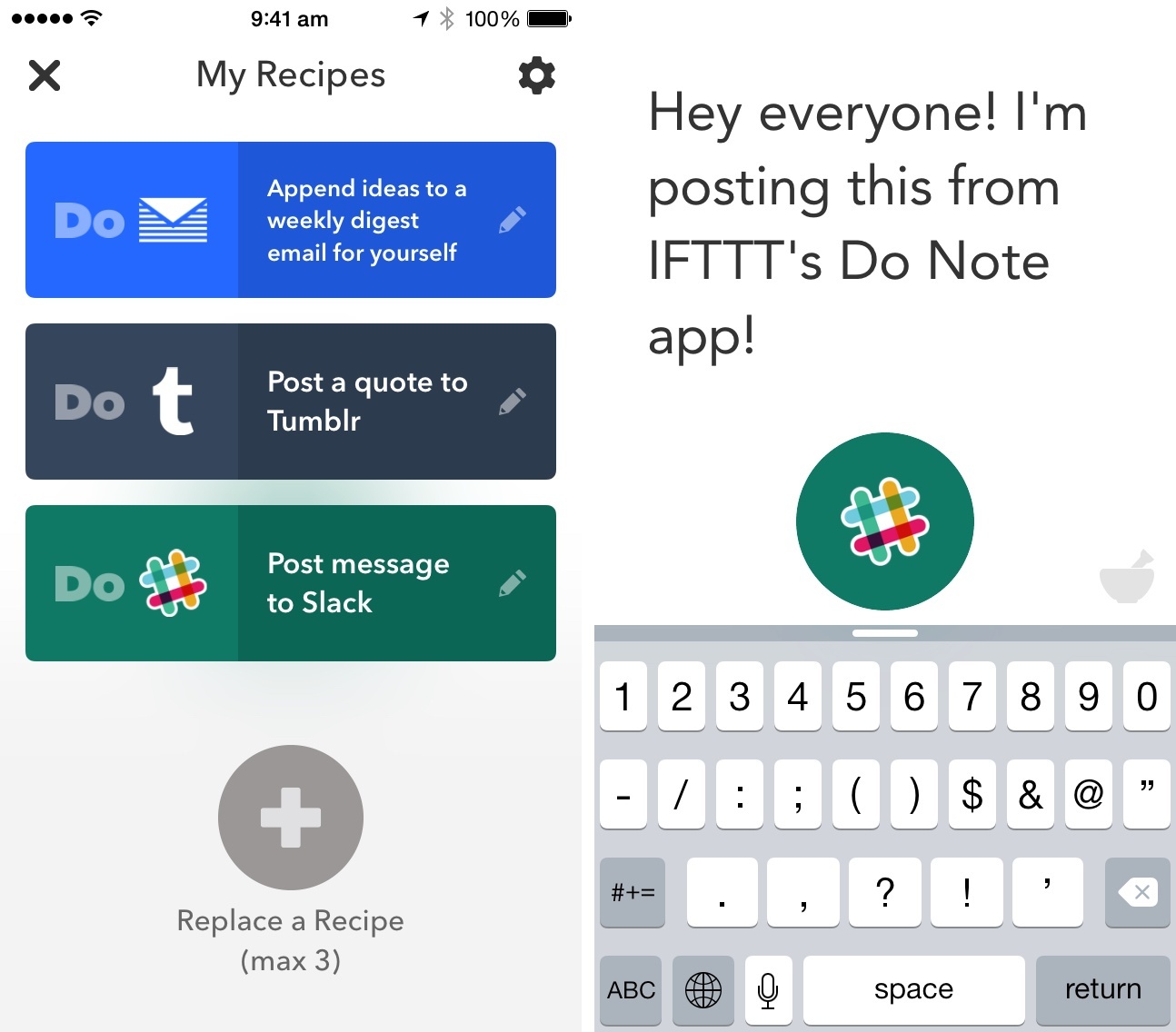 According to IFTTT, you’ll be able to set up to three recipes at a time and swipe between them to trigger each one. Do Button has a Today widget, which enables you to turn on recipes directly from Notification Center on iOS 8. Do Note is primarily meant for text but it’s also capable of interacting with action-based services like Hue lights – you can type a color as text and have the lights turn on accordingly. Do Button, as the name suggests, is best used for devices like the Nest thermostat, but you can customize the recipes any way you want.

Going mobile with native apps featuring slimmed down interactions is, I believe, a smart move from IFTTT. I’m curious to see if these new apps will allow me to use web automation more.

You can download Do Note, Do Camera, and Do Button on the App Store (the apps are propagating on iTunes right now).