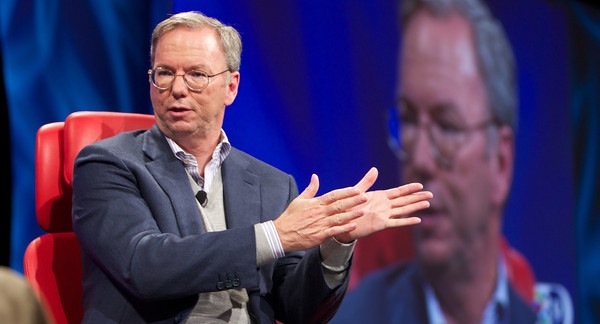 Last night the annual D9 conference kicked off with an interview with Google’s Executive Chairman, Eric Schmidt. It led to a number of interesting revelations, perhaps of most significance is that he revealed Google has “just renewed [their] Map and Search agreements with Apple”.

The renewal of the Maps agreement confirms rumors we reported on last week where it was suggested that although Apple is looking to improve the iOS Maps application, it would not replace the Google service that powers it. Speculation about Apple launching their own Maps service was ignited last month after Apple posted the location tracking Q&A post, which talked of a crowd-sourced service to improve traffic information.

Speaking of the new platform war, fundamentally based on the Internet, Shmidt said there is, primarily, a gang of four that includes Google, Apple, Amazon and Facebook. He says that whilst there may be a debate about who is fifth and sixth (suggesting perhaps PayPal and Twitter), it is pretty clear that Microsoft is not included. Asked why, he says Microsoft is not driving the consumer revolution – they are focused on corporate and are doing so successfully – something that will likely continue for decades to come.

Whilst talking about the Chrome OS, Schmidt took off on a tangent and claimed that Chrome was a more secure browser. Then when prodded by Walt Mossberg on what else users could do to improve security, Schmidt said they “could use a Mac instead of a PC”, citing the observation that viruses are less likely to affect users.

When Google launched its cloud music offering, many were disappointed that it was just a locker for music to be stored, with no way to purchase music directly. Asked why Google failed at signing with any of the record labels, Schmidt simply says, “I’ve just not been successful in doing that”. Finally, make sure to jump the break to watch the (fictional) acting-CEO of News Corp, Jane Lynch, launch the D9 conference, with some jabs at The Daily and other News Corp entities.