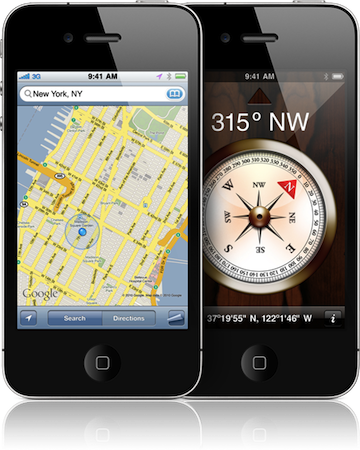 Following today’s reports on iOS 5 coming with completely revamped notifications and widgets, 9to5google claims the next major version of iOS 5 won’t feature the maps service Apple was rumored to be working on, but it will keep using Google Maps as in the current versions of iOS.

Now, sources have told 9to5Google that although Apple is working to improve the iOS Maps application, iOS 5 will not bring an Apple developed maps service and Google Maps is still in. Besides Apple’s purchase of both Placebase and Poly9, some speculated that Apple is building their own maps service to either compete with Google or step away from their input into iOS.

The speculation on a map service developed by Apple to replace Google Maps integration on iOS devices indeed started after the company purchased Poly9 and Placebase – two companies focused on mapping softwares and location databases – also followed by various job postings Apple put up on its site, asking for map engineers and navigation experts to bring Maps for iOS “to the next level.” Putting this information together, many believed Apple skipped iOS 4 only to bring its new and improved maps to iOS 5, set to become publicly available later this year, perhaps in the Fall. Apple also briefly mentioned in the location tracking Q&A that they’re building an “improved traffic service” to launch in the next couple of years, giving more credence to the reports of Apple developing its own system, rather than an additional layer to Google Maps.

Others also suggested the disputes between Steve Jobs and former Google CEO Eric Schmidt, as well as the competition with Android might be the reason behind Apple’s intention to drop Google Maps from iOS. While it might be true that Apple would rather use its own map solution rather than someone else’s, it’s worth noting that Google Maps is the de-facto solution for online maps (used by millions of users every day) and other Google services are embedded in iOS, such as Gmail integration and search.