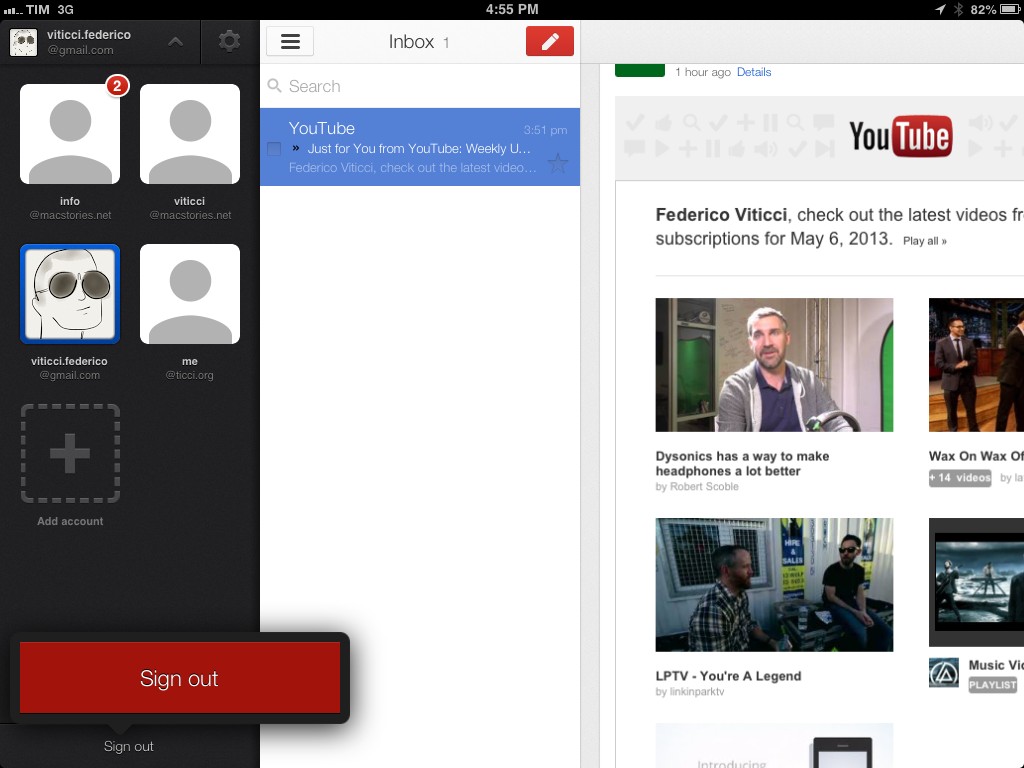 An update to the official Gmail app for iOS released today brings a series of welcome improvements that users had been requesting since the (re)launch of the client last year.

The first notable addition is support for signing out of individual accounts. In older versions of the app, users were forced to sign out of all accounts at once, a tedious process that didn’t make much sense considering the app had a dedicated section for accounts that could use better sign out options. In today’s update, you can tap & hold an account’s avatar in the sidebar to bring up a Sign Out button in a popover at the bottom.

The new version of Gmail also works nicely with Google’s other apps for iOS: from the Settings, you can now specify whether YouTube, Google Maps, and web links should directly open in Google’s native app replacements or a mobile web view. These options are available in the Settings screen for each account, but they will be enabled for the entire app, not single accounts.

The last new feature, also shown in the app’s updated walkthrough, are search suggestions as you type. While Gmail has always been able to search across all your mail, today’s version brings suggestions that (based on initial tests) should match addresses and subject lines found in your account.