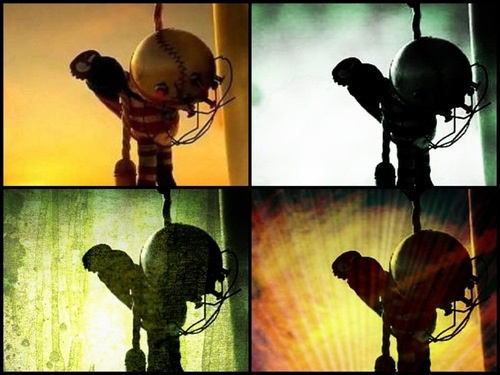 Achievements are that sort of thing that keeps gamers going even when frustration and disappointment take over the initial excitement for a new game. You beat the game, you can’t have any more quests, but you want all the trophies / achievements. Many friends of mine do this on their PS3 and Xbox 360 – I’ve never been a fan of achievements, personally. Clearly I must be an exception, as even Apple itself implemented the functionality in Game Center. Not to mention other gaming networks for iOS like OpenFeint and Plus+, which have been offering achievements and leaderboards for quite some time now.

Still, there is a main point: achievements are for games. I mean, they started with games. But this doesn’t seem to be a rule that’s going to last long, at least on the iPhone. 100 Cameras in 1, an app for the iPhone that comes with a lot of filters to apply various effects to your photographs,  has to be the first non-game “app” that allows users to earn achievements. The app, developed by well-known photographer Trey Ratcliff (who also runs the Stuck In Customs photography blog) contains 31 Game Center achievements and, unlike most camera apps in the App Store, its filters have been created starting from real-life textures collected by Ratcliff in his travels around the world.

In his interview with Kotaku:

I think it is fun to have some sort of comparative measurement of your experience with the app,” he said. “The more you use it, the more achievements and points you get.  We also use the achievements to encourage you to discover all the features of the app that you might not otherwise see.

“I think it’s fascinating how achievements are both completely unnecessary but really satisfying!  Also, there’s something about being rewarded when you were not really expecting it.  It’s like a small Swiss child running up to you in the street and offering you a piece of chocolate, just for being an awesome dude.

We think offering achievements for regular apps is a great idea that adds a “fun” element to apps that would otherwise result kind of boring after some time. Sure, I don’t know how much sense would achievements have in a corporate spreadsheet app, but there’s always room for experiment. Ratcliff’s app is available in the App Store at $1.99, promo video embedded below.