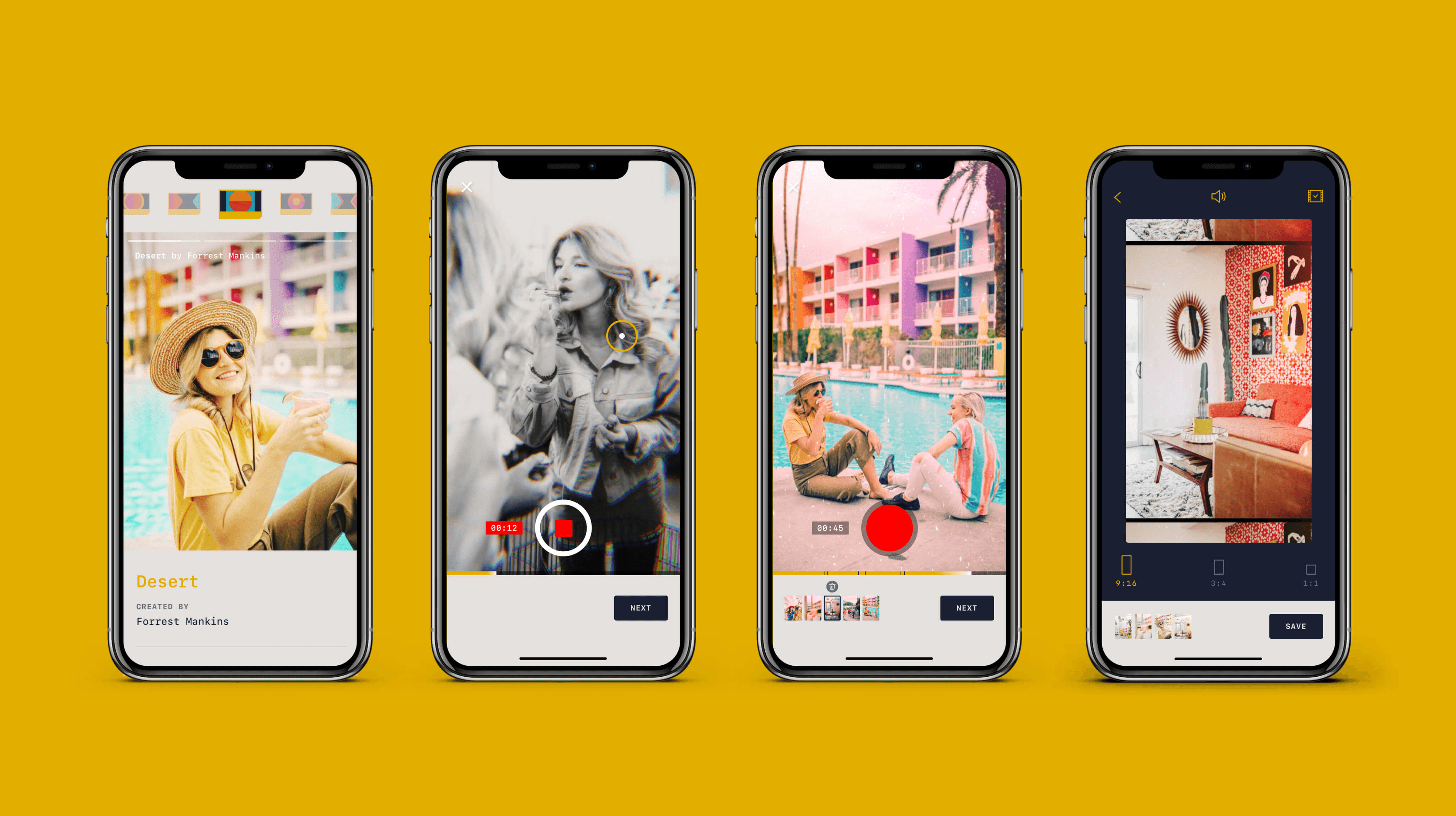 RTRO by Moment is a brand new vintage video camera app for iOS from the makers of my favorite add-on camera lenses for the iPhone and the excellent Moment Pro Camera app.

The app is a new direction for Moment. The company’s Pro Camera app, combined with its add-on lenses for the iPhone, push the boundaries of what’s possible with the iPhone’s camera. Packed with settings and customizations, the Pro Camera app can create stunning photos and video in the hands of a skilled photographer.

In contrast, RTRO is a video-only camera app focused first and foremost on making fun, short videos for sharing that use filters crafted by photographers to create unique retro looks. It’s those filters, which Moment calls ‘looks,’ paired with a simple, approachable interface that make the app work. It’s easy to get started, fun to use, and the videos the app creates have a unique vibe that makes even the most mundane video more interesting for viewers.

I’ve only had a day to play with RTRO, so this is not a comprehensive review. Even in that time, though, I feel like I’ve gotten a good feel for the app, which is a testament to its ease-of-use.

I’ve seen a lot of retro camera apps over the years, and many are gimmicky apps that I’ve used for a while and discarded. My impression is that RTRO is different. The quality of its photographer-created looks, each of which is designed to evoke a certain vibe, set it apart from similar apps.

The looks are arrayed horizontally beneath the camera’s viewfinder. Three looks come with the app, which is free to download. Eleven more can be purchased for $1.99 each, or you can subscribe to RTRO+ for $1.99 per month or $14.99 annually to unlock all of the looks, any new looks released in the future, and advanced features, which I’ll get to in a moment.

After picking a look by swiping horizontally among the choices, you can swipe up to learn more about it. To adjust the look’s intensity, swipe up and down in the viewfinder.

Videos are limited to one minute. Tapping the record button starts recording, and tapping again stops recording and deposits a small video clip thumbnail beneath the viewfinder. If there’s a clip you don’t like, you can long-press it to reveal a delete button, but the app does not include any other editing functionality like clip trimming, transitions, or text overlays.

If you tap the ‘x’ button in the corner of the screen, you can abandon your recording, change your mind and keep recording, or save the video. What I like most about saving a video is that it’s saved in the app, and you can resume your recording later if your total record time hasn’t exceeded the one-minute limit. That takes the pressure off and lets you compose short films from different locations.

A few other notable features are worth mentioning too. You can switch between the front and back-facing cameras by tapping the viewfinder twice during recording or between clips. RTRO+ subscribers can also double-tap and hold to lock focus and exposure on a particular subject in the shot. Subscribers can also pick among several frame rates. Finally, there are settings for selecting the camera lens used and desqueezing video shot with an anamorphic lens too.

When you’re finished recording, tap the Next button to finish up your video. Here, you can toggle sound on and off, hide watermarks if you’re an RTRO+ subscriber, and pick an aspect ratio (9:16, 3:4, and 1:1 are supported in vertical mode).

The last step is to save your video, which is saved to your photo library. There’s also a dedicated button for sending the video to Instagram and a share button for sharing using other apps and services via the share sheet.

So far, I’ve only had a chance to shoot a few short videos while I was out for a walk this morning. I didn’t have anything particularly interesting to film, but even so, I feel like RTRO’s looks helped make my otherwise humdrum videos more compelling. It’s possible to go overboard with the looks by cranking them up to absurd levels, but with a little care, you can create entertaining videos that are a lot of fun to share.

RTRO is free to download on the App Store and comes with three looks. Additional looks are $1.99 each as In-App Purchases or you can get them with a $1.99 per month or $14.99 annual subscription to RTRO+, which also includes certain advanced features.