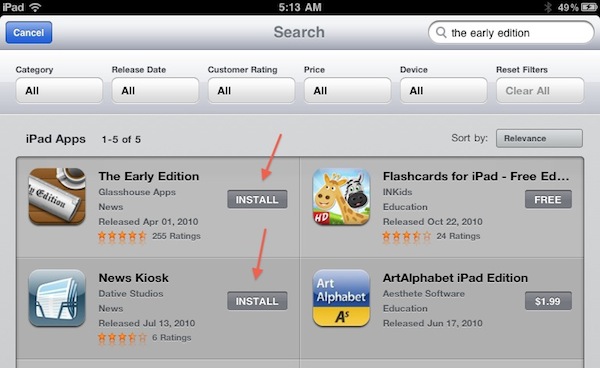 Apple is updating its iOS App Store tonight. After search filters, Apple added a much requested feature: apps already purchased get an “Install” button instead of the usual “Buy” one. Why is this a big deal? Because having the “Buy” button was confusing, as it wasn’t easy to remember which apps you had already bought. Now, if you’re trying to install an app you have already bought one, it’s much easier.

Sure, it’s not as useful as the “Purchases” tab in the Mac App Store (which lets you see all your app purchase history at once), but we think this is a great (and much needed) first step nonetheless. The new feature is only enabled on the iPad App Store right now, but it shouldn’t be a problem for Apple to add it to the iPhone and iPod touch as well (unlike filters, which require some screen space).