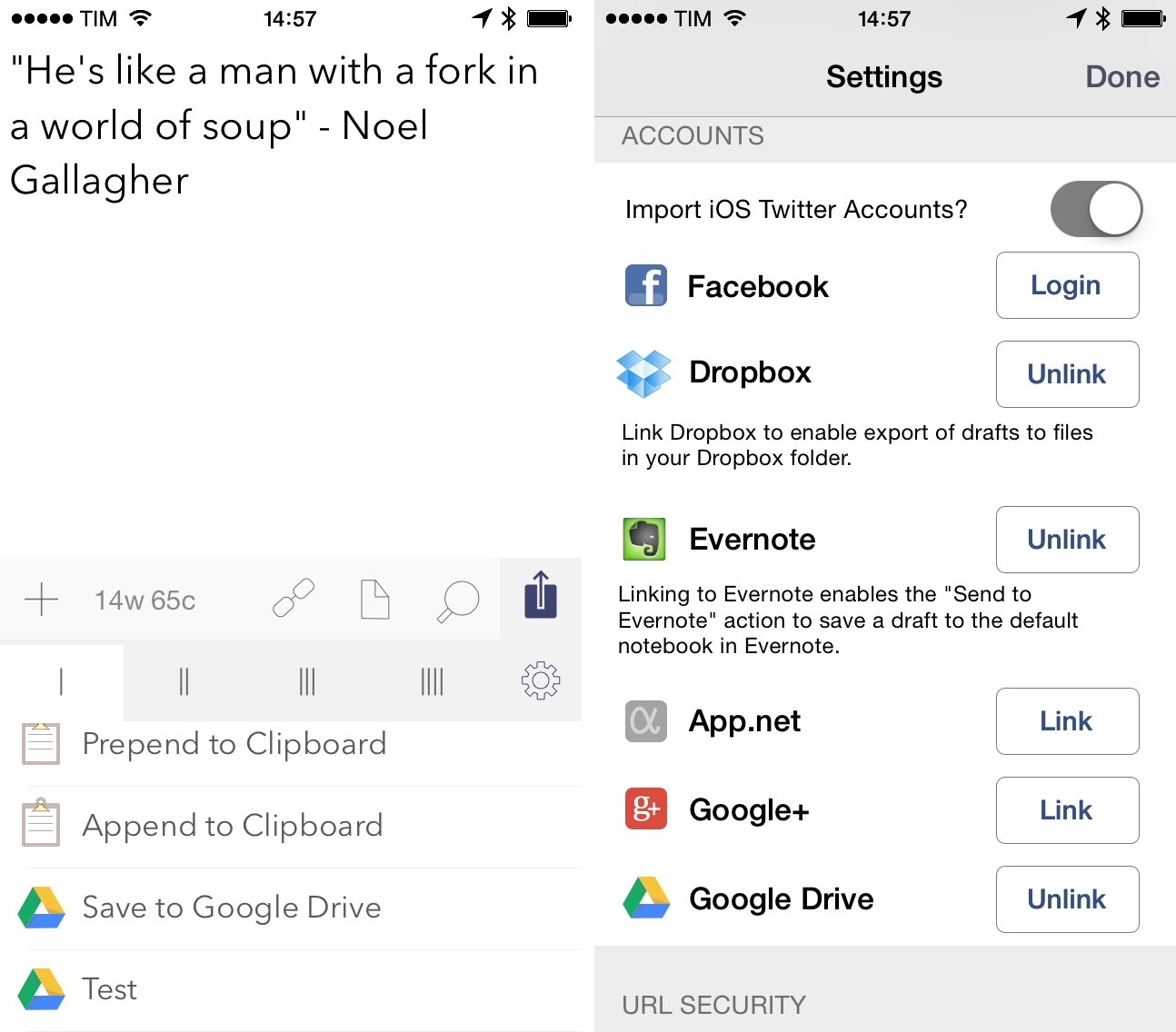 Drafts, Agile Tortoise’s note-taking app for iOS with support for customizable actions and workflows, has been updated to version 3.6 today, adding Google Drive integration, new clipboard actions, and a handy option to automatically back up a user’s action library to Dropbox every few days.

Google Drive joins Drafts’ existing Dropbox and Evernote actions as it’s based on the same concept: the app can now create text files in your Google Drive account, append/prepend text to existing files, or replace text; every tag that is normally supported by Drafts (such as placeholders for timestamps, date, draft line, or clipboard) will work with Google Drive actions that you can create in the Settings. In my tests, I was able to quickly send text from Drafts to Google Drive by adapting some of my old Dropbox actions, which created a new .txt file in Google Drive and inside a specific folder (Drafts has preference to specify a parent folder for Google Drive actions); overall, if you’ve ever wished you could easily send plain text to notes stored in Google Drive, the addition is welcome.

Append and prepend actions have also been added to Drafts’ iOS clipboard integration: just like with built-in third-party services, Drafts can now append or prepend text to the contents of the clipboard – a feature that may not seem immediately useful, but that could open some interesting possibilities when using the clipboard as a workaround for the lack of automation features in iOS apps.

Aside from adding background refresh support for iOS 7 (for notes stored in the app across the iPhone and iPad versions), Drafts 3.6 also adds a setting for auto-backup: if activated, the app will save actions every few days to Dropbox without having to remember to export an action’s library manually.

Drafts continues to be a must-have utility for text automation on iOS, and version 3.6 is available now on the App Store for the iPhone and iPad.