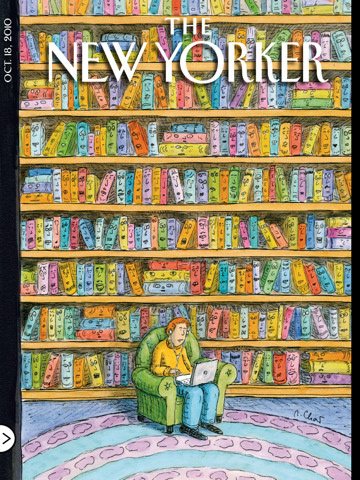 Over the past weeks, several reports pointed to major publishers and publications starting to use Apple’s in-app subscriptions in their magazine and newspaper apps for iPad, quite possibly ahead of the rumored June 30 deadline that will require developers of existing “publishing apps” to implement subscriptions, or get pulled from the App Store. Following the big names from the last weeks – Hearst confirming subscriptions coming with the July issues of magazines like Popular Mechanics and Oprah Magazine or Time Inc. inking a deal with Apple over free access for print subscribers – The New York Post reports Conde Nast, publishers of dozens of magazines also available on the iPad in digital form, will begin relying on in-app subscriptions starting next week with The New Yorker, available on the iPad since last September. The decision to move forward with subscriptions and The New Yorker apparently came after the death of Osama bin Laden, with Conde Nast looking to “capitalize” on the coverage through subscriptions and digital content for iPad.

Conde Nast is very close to a deal to begin selling digital subscriptions via Apple’s iPad.

The New Yorker will become the first publication from the S.I. Newhouse, Jr., empire to be available via subscription on the popular tablet, and it will happen early next week, said a source familiar with the situation.

Conde Nast is also planning on dramatically slashing the prices of single-issue downloads for other iPad magazines like Wired, Golf Digest, Glamour, Vanity Fair, Self, Allure and GQ: the issues will be sold in-app at $1.99, down from the current $4.99 and $3.99 (Glamour). This will keep the prices in line with the current newsstand print editions, and it will also allow Conde Nast to sell annual iPad subscriptions at $19.99. With developers and publishers expected to implement subscriptions before the end of next month, the amount of magazines and newspapers featuring subscriptions will likely increase, allowing Apple to showcase even more in the App Store’s homepage.