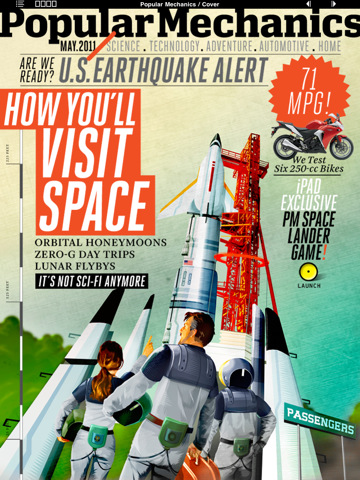 The Wall Street Journal reports Hearst, one of the major magazine and newspaper publishers in the United States, has agreed to Apple’s terms and will begin implementing iTunes subscriptions in three of its iPad apps starting with the July issues. The apps – Esquire, Popular Mechanics and O, The Oprah Magazine – will receive an update to enable monthly ($1.99) and annual ($19.99) subscriptions. The July timeframe seems to confirm the rumored deadline for publishers set on June on 30, when developers of existing “publishing apps” will have to update their software to sell subscriptions using Apple’s system.

In a big win for Apple Inc., magazine publisher Hearst Corp. has agreed to sell subscriptions to the iPad editions of a range of its publications through iTunes, beginning with three of its popular magazines, the publisher said.

Starting with their July issues, apps for Esquire, Popular Mechanics and O, The Oprah Magazine, will be available through a new service from Apple that allows customers to sign up for subscriptions inside the apps and get billed automatically. Subscriptions to all three publications will be sold for $1.99 a month or $19.99 a year.

Hearst said it will eventually sell newspaper apps and other content it owns on a subscription basis through iTunes too.

Hearst is the first big name to jump on Apple’s subscription program, which started in February but failed to attract publishers as an initial debate on Apple’s 30% cut and optional sharing of subscribers’ personal information sparkled a controversy as to whether publishers should really consider iTunes as a viable alternative to web apps. Since February though, several app magazines and newspapers for the iPad started implementing subscriptions, some of them even reporting good results after a few weeks. Apple also began promoting iPad apps with subscriptions in its own App Store homepage, and as the June deadline approaches it looks like publishers will be forced to update their apps and accept Apple’s plan if they want to keep selling digital copies to iPhone and iPad users.