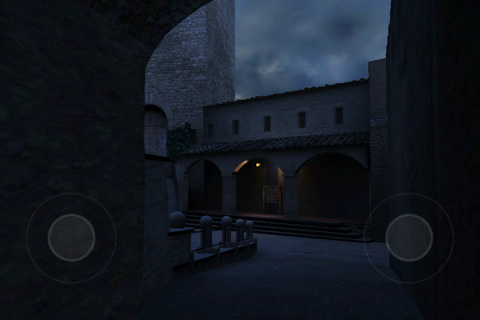 If you were one of those who followed or watched Apple’s September 1, 2010 media event – where, among other things, iOS 4.1 and Game Center were officially unveiled – then you most definitely remember Epic Games’ Mike Capps and Steve Jobs talking about a revolutionary game that would set new technical standards on iOS devices. The game was based on the popular Unreal Engine ported to iOS, and on stage it was presented as a work-in-progress demo called Epic Citadel, also released for free on the App Store. The demo was impressive: there was nothing to do besides wandering around a medieval village, but the graphics, the lightning and the details were impressive. Tech-wise, everything about Epic Citadel was amazing. And as you may know, the game evolved and eventually became a real adventure with a plot and sword fights: Infinity Blade, based off the Unreal Engine and Epic Citadel’s first-person setting, was a huge success on iPhones and iPads.

As the story goes, however, other developers have tried to implement the Unreal Engine powerful set of tools in their games. The latest entry in the Unreal Engine-based game market is Castlerama by the Codenrama development studio, a first-person game with a striking resemblance to Epic Citadel and its environment. Castlerama seems to offer different landscapes though, as well as its own control scheme based on two virtual analog sticks displayed on screen.

The developers also explain their decision to accept “compromises” in order to make the game run on new devices like the iPad 2 and older units like the iPhone 3GS:

While developing Castlerama, we had to face the fact that newer devices such as iPhone4s and iPad2s are very different from their predecessors, iPhone3GSs and iPads, in that the former have twice as much memory. In order to have the app run on all devices, we had to compromise quite a bit, pushing the old devices to their limits (risking crash if other applications are left running) while keeping the new devices well behind their capabilities. In the future we believe we will have to develop two versions for each application.

Castlerama is available for free in the App Store as a universal download. With more games supporting the Unreal Engine coming out in the near future, it’ll be interesting to see how Castlerama will manage to provide a unique experience for iPhone and iPad owners. In the meantime, check out the app’s demo video and a walk down the Epic Citadel memory lane below. [9to5mac via TouchArcade]