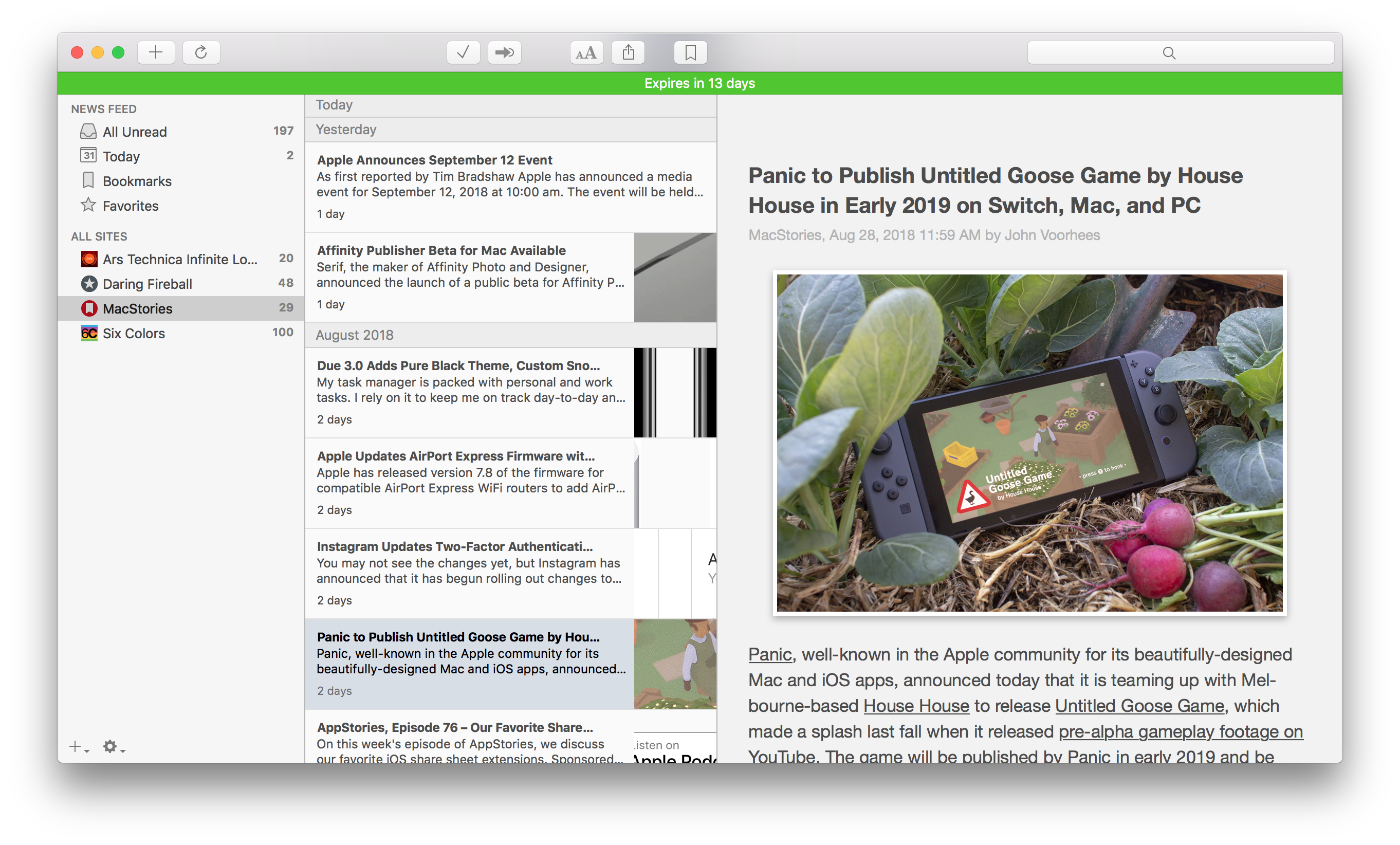 Today, Brent Simmons and Black Pixel announced that NetNewsWire will be returning to Simmons, the original developer of the app.

NetNewsWire is a Mac RSS reader created by Simmons in 2002. Simmons sold the app to NewsGator in 2005, which subsequently sold it to Black Pixel, where it’s been developed for the past 7 years. During that time, Black Pixel released version 4 for Mac and iOS and created an Apple TV version. Black Pixel also implemented a sync system to keep users’ feeds up to date on each platform.

Separately, Simmons has been working on a free, open source RSS reader for the Mac called Evergreen. According to Simmons’ post on inessential.com, Evergreen will be renamed NetNewsWire 5.0. The project is available on GitHub, and a beta version for testing will be released soon. Black Pixel has removed NetNewsWire from sale and will shut down its sync server in 60 days. Simmons plans to support a variety of third-party RSS sync solutions in NetNewsWire 5.0 starting with Feedbin.

As I’ve noted on AppStories before, RSS readers have stagnated on the Mac in comparison to iOS in recent years, which is why I’m glad to see that Simmons is rebooting NetNewsWire based the work on Evergreen that he’s already done. RSS is still my first stop for most of the news I read every day. Although reading on iOS devices may be the most natural platform for RSS, I’m optimistic that we’ll see a revitalization of RSS on the Mac between projects like Simmons’ and the prospect of Marzipan versions of iOS RSS readers coming to the Mac in the future.