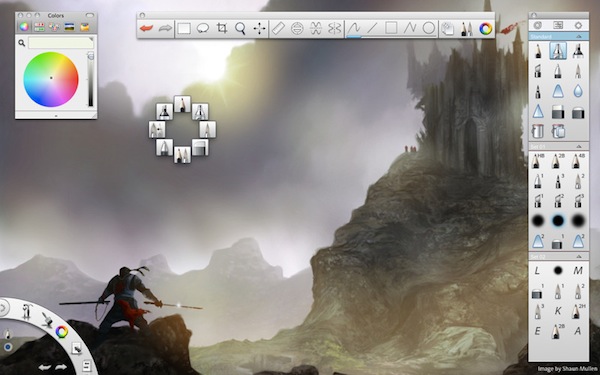 The Mac App Store isn’t even one month old and we have already heard several stories of success from Mac developers. The most notable one comes from Pixelmator, which grossed $1 million in less than 20 days into the new store; we have covered other experiences from developers in our Mac App Store hub. Autodesk (makers of AutoCAD) announced in a private event in San Francisco that the Mac App Store version of Sketchbook Pro, a painting and drawing application, has sold twice as many copies as the regular version did in the entire year. In 20 days. That’s quite an achievement, I would say.

The Loop reports Autodesk also had to ship a different version of Sketchbook Pro in order to be approved by Apple:

For example, Mac App Store apps aren’t supposed to use private APIs, can’t incorporate their own end user licensing agreements, and can’t employ separate copy protection. As a result, sharing code with the iOS version made the process easier, though SketchBook Pro is scaled up to take advantage of the increased processing power and memory footprint of the Mac.

Last year, Autodesk also released a new version of AutoCAD for Mac with an entirely redesigned interface and graphic engine, and shipped a mobile counterpart called “AutoCAD WS” for iPhone and iPad.