As with every Apple event and keynote, there is a lot of information disseminated in a short period of time. Whilst we have already covered most of the information covered in yesterday’s iPhone event (just scroll the MacStories.net homepage to see how much there was), it’s time to have a roundup of what we missed and add some more details on information that we only briefly mentioned previously. 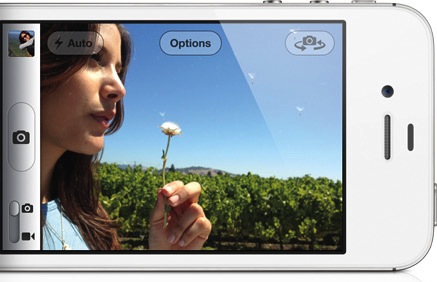 Devin Coldewey of TechCrunch has an excellent recap of the new and improved camera featured in the iPhone 4S. If you want a really in-depth understanding of all the features of it, be sure to jump over and read his article. The key points to take away though, are that it has an 8 megapixel camera (up from 5 MP that the iPhone 4 has) and can record 1080p video (the iPhone 4 could only handle 720p). Those two specifications are clearly the headline grabbers, but arguably more important is the improved sensor from Omnivision in the camera.

Apple claims this sensor features “next-generation backside illumination” which allows 73% more light and more light on the sensor means better quality images. Apple has posted some unedited iPhone 4S photos that show how great pictures can look, and they are certainly a notch above the quality of iPhone 4 photos. When Phil Schiller spoke at the event yesterday, he made note of how the sensor was “1/3rd faster”, and as Coldewey notes, this likely refers to the speed at which images can be processed. With the combination of the powerful A5 processor, new sensor and improved GPU, the iPhone 4S could be up to a second faster than other smartphones at processing an image.

The most important part of a camera is… the photographer — but right after that is the lens. And the lens of the iPhone 4 was already pretty solid for a camera phone: F/2.8 (apparently limited to F/3) at about 30mm equivalent focal length. The new one is f/2.4, about half a stop better, which doesn’t sound like much but at this point of the aperture scale counts for a lot. It’s a pretty big increase in the total amount of light hitting the sensor.

If you’ve ever tried taking a video with the iPhone 4 when in motion, you’ll have noticed how shaky the footage can turn out to be. The iPhone 4S features real-time stabilisation, and whilst not much is known about how it works, Coldewey presumes it will be “electronic stabilisation based on live image analysis” thanks to the A5’s power. We won’t really know how well this works until people try it out for themselves, but Apple has posted a demo of the new feature. 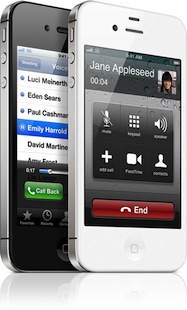 Improving on the innovative stainless steel external, dual-antenna design of iPhone 4, iPhone 4S is the first phone to intelligently switch between two antennas to send and receive. iPhone 4S now supports twice the download speed with HSDPA of up to 14.4 Mbps and iPhone 4S is a world phone, so both CDMA and GSM customers can now roam internationally on GSM networks.

That’s how Apple describes the improved antenna on the iPhone 4S in its press release. Curious, MacRumors contacted Spencer Webb from AntennaSys and asked him to elaborate on what it means. He explains that on the iPhone 4 there was one cell antenna and another antenna for GPS and Wi-Fi. Now both are for the cell signal, with Wi-Fi and GPS antennas beneath the glass. Furthermore, whilst the iPhone 4S can switch antennas depending on cell conditions, it can actually use one for sending data and the other for receiving data - likely the first phone to feature such a setup.

Sell your iPhone 4 back to Apple 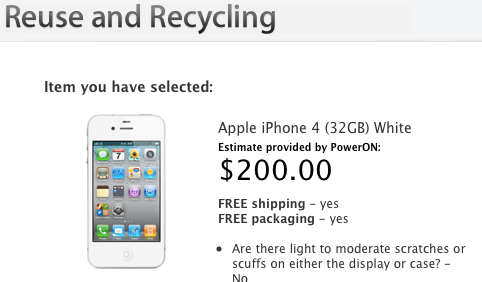 As pointed out by The Next Web, you can use Apple’s recycling program to sell back your iPhone 4 and receive up to $200 worth of iTunes credit for a 16 or 32 GB model if it is in good order. The recycling program isn’t that new but it’s a good time for such a reminder — even if it isn’t as good a deal as eBay and other second-hand markets. 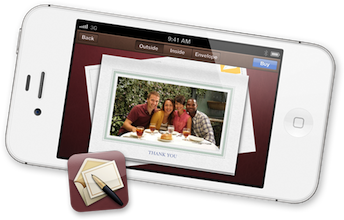 It’s something that is certainly far less exciting than the iPhone 4S and some of the other new software features such as Siri Voice Assistant and Find my friends, but Apple’s new Cards app is curiously interesting. It’s a new app that will hit the App Store soon (presumably next week) and lets you send physical cards to friends and family, in a similar way that iPhoto ‘11 allows. Choosing from 21 designs for various occasions (Birthday to Thank You to Christmas), you can add your own photos and add your own messages. Once created, Apple will print and send the cards themselves to whomever you choose for a cost of $2.99 (in the US) or $4.99 when sent to or from elsewhere. Alexia Tsotsis of TechCrunch wrote up an article about the app this morning after some Twitter discussions and writes:

The global greetings card market is estimated to hit 31 billion by 2012, and is formidable by anyone’s standards. When I did some Twitter marker research on whether industry leader Hallmark had anything to worry about with the introduction of Cards I got a mixed response, ”Short Answer: Yes” said Stephen Hendrick. “The Hallmark near our place is already closing down,” said Werner Souza.

“I think the majority of iCard users will be new users who never sent cards in the mail before because it was a bother,” said Twitter user Michel Goulart.  User @Stylenik said, “I would use Apple cards specifically for my parents. It’s super important for my mom to get a ‘real’ card but I CANNOT remember to send!” “A big part of the effort is in actually sending the card on time. Who cares who made it?,” said Twitter user Jeremy Boyd.