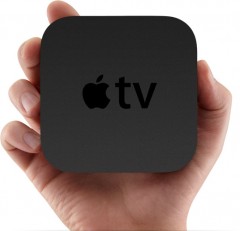 Together with the release of iOS 4.2 for iPhone, iPod Touch and iPad, today at approximately 10 AM PST Apple will also release the long awaited 4.1 for the second generation Apple TV, Macworld reports.

The 4.1 update introduces AirPlay for video support: users will be able to stream video from any iOS device or Mac running iTunes 10 to an Apple TV on a local network. AirPlay is a feature exclusive to iOS 4.2, so it makes sense for Apple to roll out the update together with iOS 4.2 later today.

VoiceOver not only reads the name of the menu item you’re on, but it does a good job of reading metadata, including episode descriptions of TV shows. It definitely enables someone with vision problems to navigate through the Apple TV menu system.

We will keep you posted about the release of iOS 4.2 and 4.1 for the Apple TV. Once again, everything should go live at 10 AM Pacific Time.