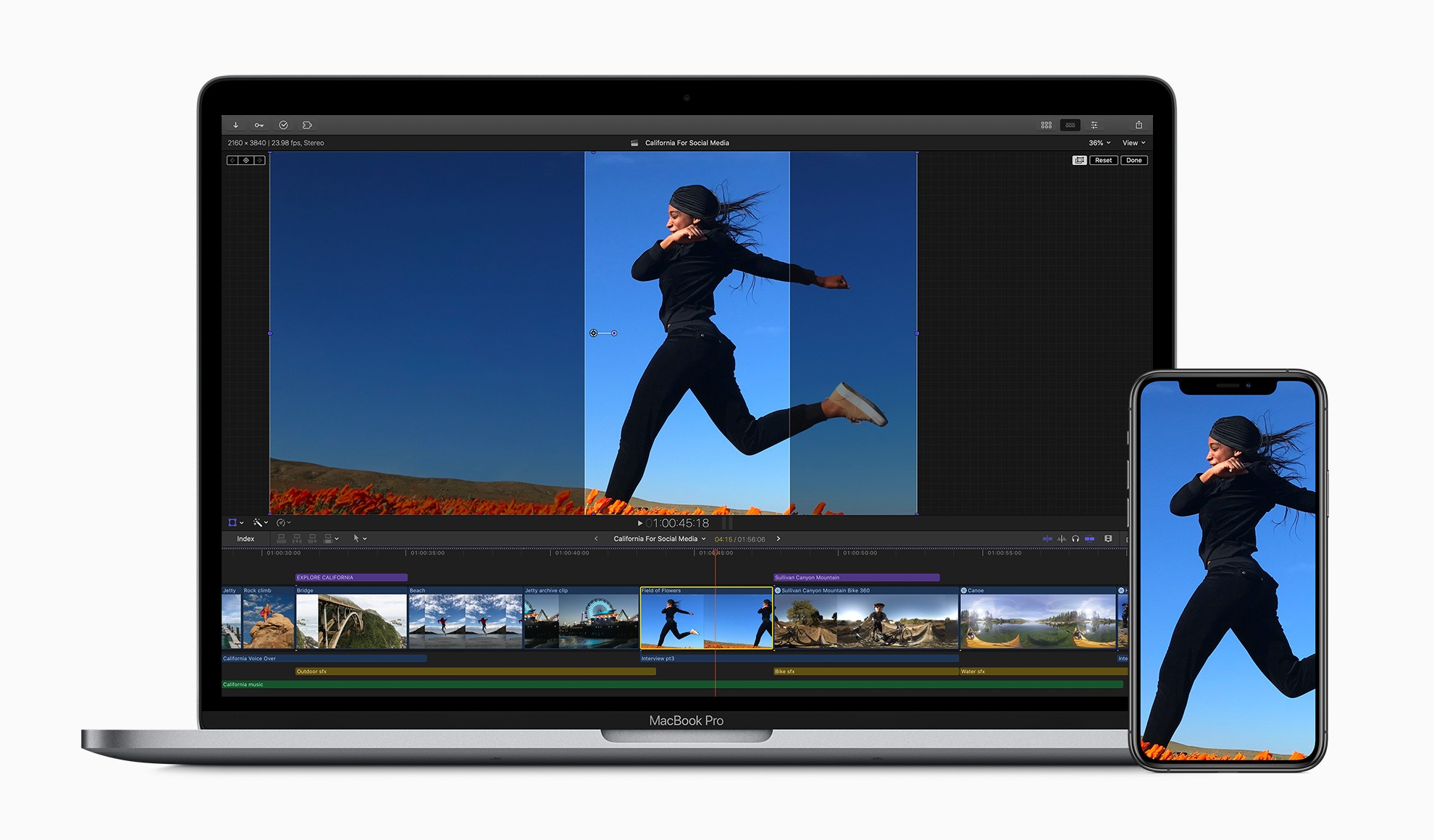 In a press release today, Apple announced that it has updated its video editing app Final Cut Pro X to version 10.4.9 as well as Motion and Compressor.

The update to Final Cut adds several features designed to improve the editing process including:

With Motion, third-party 3D models are now available when creating effects and graphics. The app also adds a new customizable Stroke Filter that can automatically outline an object or text using its alpha channel. Compressor has been updated too with custom LUT effects and the ability to convert log-encoded video to SDR or HDR footage using Camera LUTs.

I’m a fairly light user of Final Cut Pro X, but one of the things that I found most frustrating about it in the past was the app’s lack of support for popular social media formats, so I’m glad to see that creating square and vertical video will be easier now. I expect that many video creators will be equally happy with the improvements to proxy workflows and integration with cloud-based apps like Frame.io, which has become very popular.

The updates are free for existing users. New users can purchase Final Cut Pro X for $299.99 and Motion and Compressor for $49.99 each on the Mac App Store. The three apps are also available as a bundle to education users for $199.99. More information about the updates is available on Apple’s Final Cut Pro X webpage.