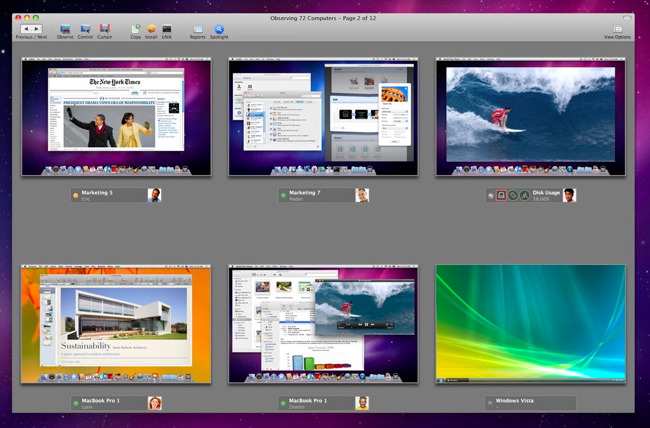 Earlier today, Apple released its VNC app / remote administration and assistance software Apple Remote Desktop in the Mac App Store. The app is available here at $79.99 (Mac App Store link) and, together with Aperture, it’s one of the “pro apps” that Apple decided to feature for the Mac App Store grand opening.The app, specifically tailored for network admins and users who need to manage a series of OS X machines in a local network, offers a huge feature set with functionalities such as software distribution, task server for package installations, UNIX shell scripts execution on clients and remote Automator tasks.

Today Apple also released an update to Remote Desktop, which reaches version 3.4 and it’s the same version that’s being sold in the Mac App Store. There’s no real changelog for this update just yet, except that Apple marks it as “recommended” for all Apple Remote Desktop users and addresses compatibility issues. More information are available here.

You can buy Apple Remote Desktop in the Mac App Store here.