Apple just posted the third beta of iOS 5 on the Dev Center. Build number is 9A5259f. As with previous iOS 5 betas, the build targets the iPad 2, iPad, iPhone 4, iPhone 3GS, iPod touch 3rd and 4th gen. iOS 5 beta 3 for the Apple TV has also been released. The second beta of iOS 5 was posted three weeks ago, on June 24. iOS 5 is expected to be released publicly this fall, with many suggesting the usual September media event will be the stage this year for a formal iOS 5 announcement, as well as the unveiling of the next-generation iPhone.

Alongside the new iOS 5 beta, Apple also uploaded a new iCloud for Lion beta (reaching version 4), iTunes 10.5 beta 3 and Xcode 4.2 Developer Preview 3. On the Mac Dev Center, Xcode 4.1 GM for Lion has been seeded to developers.

A couple of details from the iOS 5 beta 3 release notes: FaceTime icon is missing from the Settings app on iPhones, and “iMessage beta 3 will be unable to communicate with iMessage users on beta 1.” iMessage now works between beta 3 and beta 2.

The first details on iOS 5 beta 3 are coming out, and it appears that alongside redesigned location services menus, Apple has focused on refining iOS 5 for this beta. Beta 3 is snappier in Safari and Camera.app, overall everything feels faster and smoother. Apple confirmed months ago that they were working on an “improved traffic service” based on crowd-sourced data, and this crowd-sourced WiFi and cellular location data is now mentioned in the Location Services menu on first setup as noted by ItsAllTech. 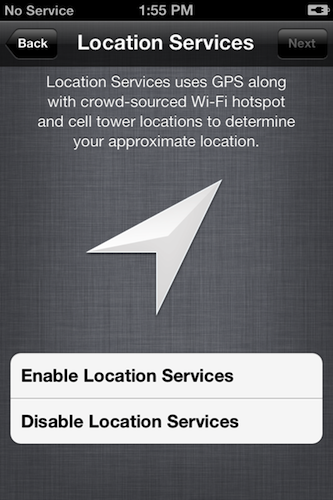 Location Services got a new menu inside the Settings as well. [thanks Alfredo] 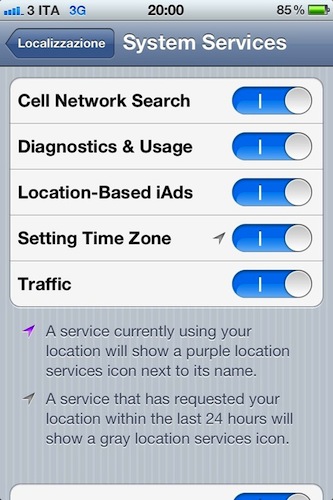 Other minor additions include a Voice Roaming option, Advanced menu in Safari settings, and Software Update now showing the system version installed. A bug with the media player on websites like YouTube mobile has been fixed, now correctly displaying media controls. 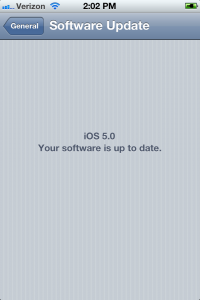 The Reminders app comes with an updated icon in beta 3. [image courtesy of 9to5mac] 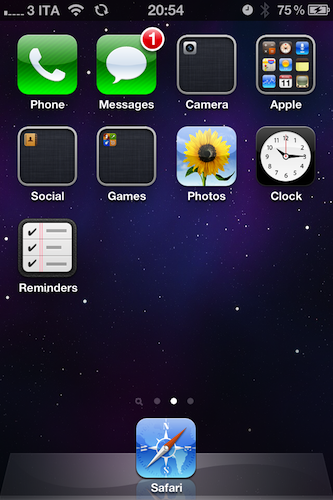 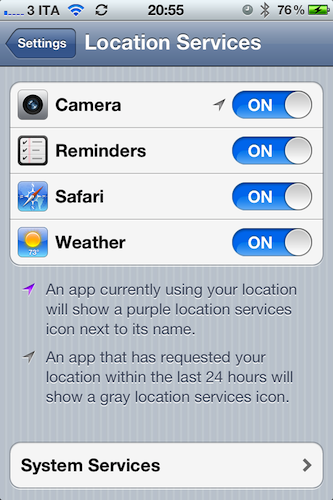 Furthermore we have confirmed that, unlike the old release notes still state, FaceTime is working on iOS 5 beta 3 with its icon correctly showing up in the Settings.

As noted by TechCrunch, iOS 5 beta 3 also finally allows users to set up custom text tones, using the ones they created for phone calls on their computers and synced with iTunes, or bought from the Tone Store.

Most of the changes in this build were pretty subtle; a new icon for Reminders, a toggle for location/GPS settings added to the initial, iTunes-free setup, or little tweaks to the wording of certain options. Then, there it was, sure-as-day: the “Buy More Tones” button sitting right in the Text Tone selection screen, where it’s never before seen its face. Scroll down a bit further, and sure enough: all of the same custom tones that people had bought or made for themselves as ringtones were sitting right there amongst the default text sounds.

Until today, Apple never allowed the creation of custom text tones, but several Cydia developers figured out a way to create tweaks to enable them.