“With revenue up 7 percent year-over-year, we’re happy to report our third consecutive quarter of accelerating growth and an all-time quarterly record for Services revenue,” said Tim Cook, Apple’s CEO. “We hosted an incredibly successful Worldwide Developers Conference in June, and we’re very excited about the advances in iOS, macOS, watchOS and tvOS coming this fall.”

Going into today’s earnings call, Forbes reported that there is a strong possibility of year-over-year improvement in iPad sales and that:

We expect iPhone shipments to remain relatively muted, amid weaker demand from Greater China and also as customers potentially hold off on upgrades as the launch of the new 10th anniversary iPhone – which is expected to sport Apple’s first design refresh in three years – draws closer. Average selling prices could also face some pressure, as Apple tries to reduce inventory of iPhone 7 and prior models via some discounting. That said, this could be partially offset by stronger demand mix for the larger iPhone 7 Plus models and a slightly weaker U.S. dollar. iPhone ASPs stood at about $655 during Q2 FY’17. 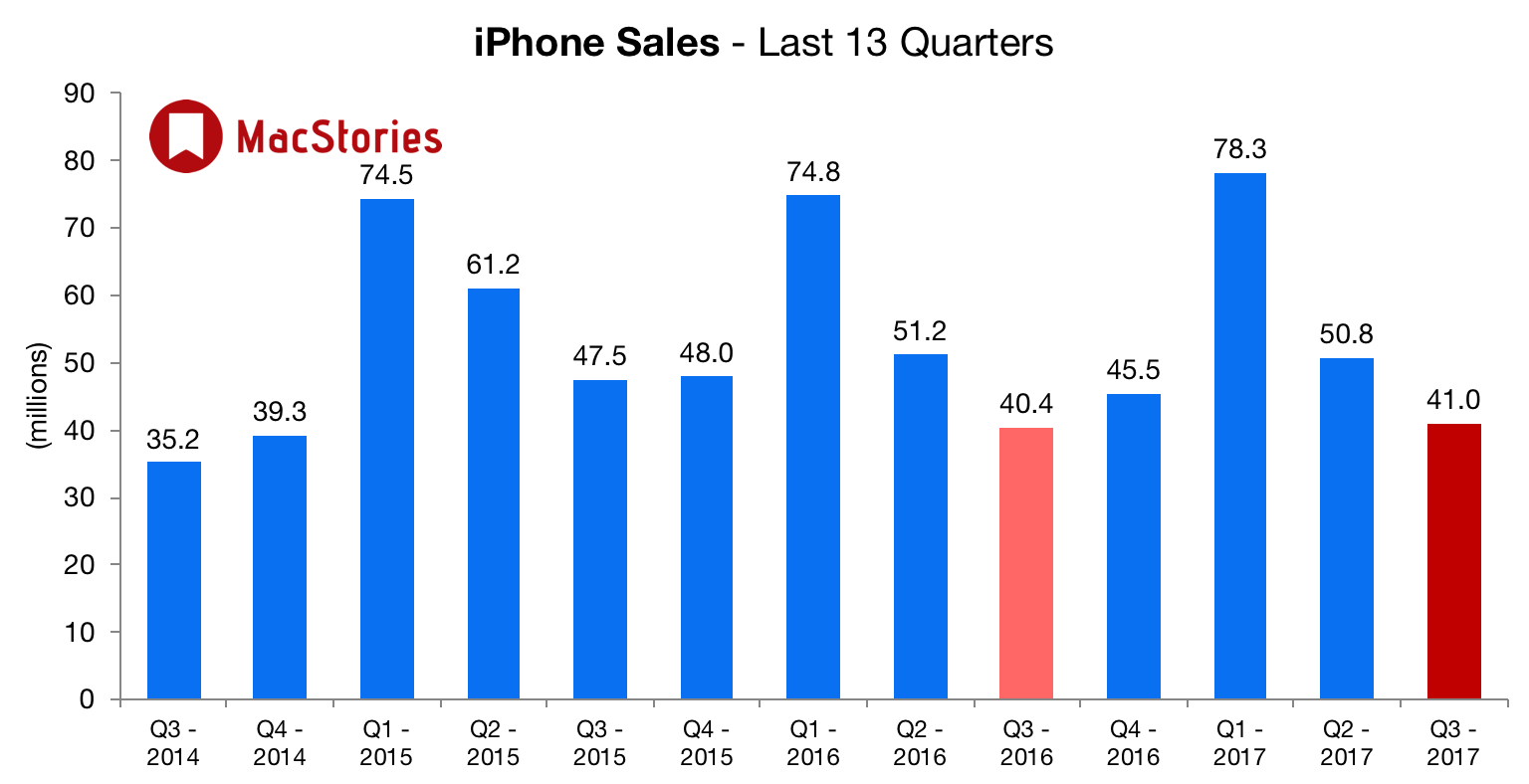 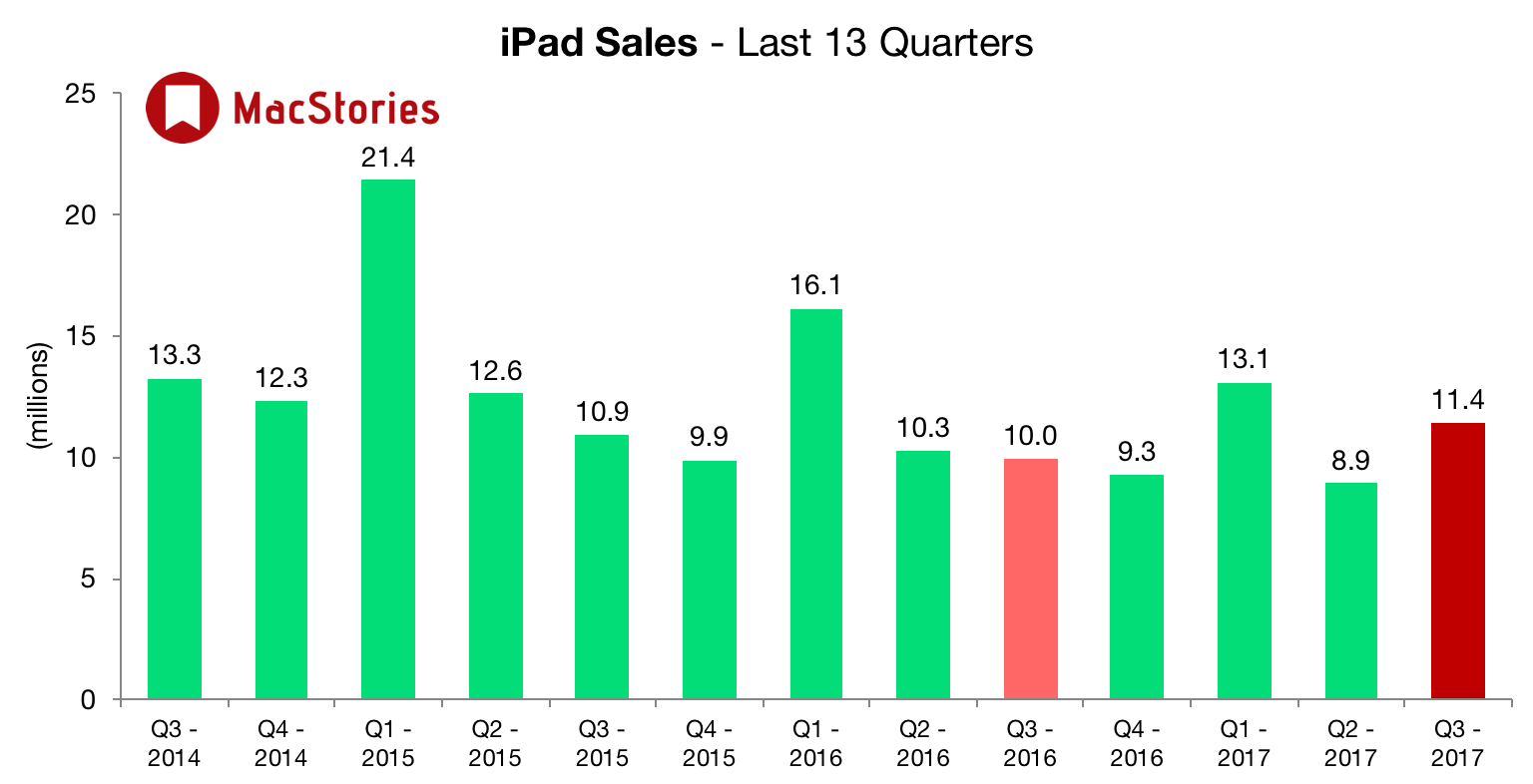 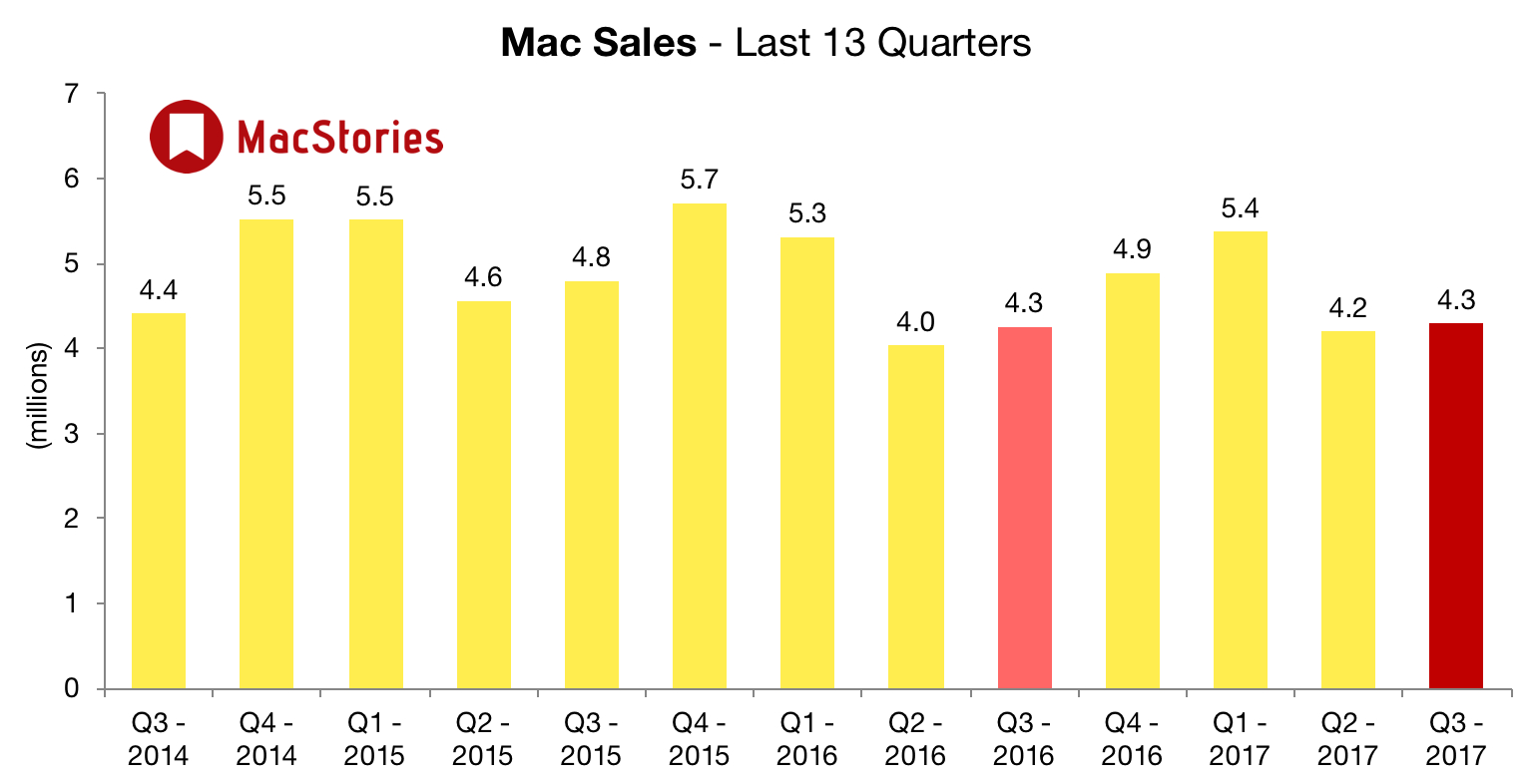 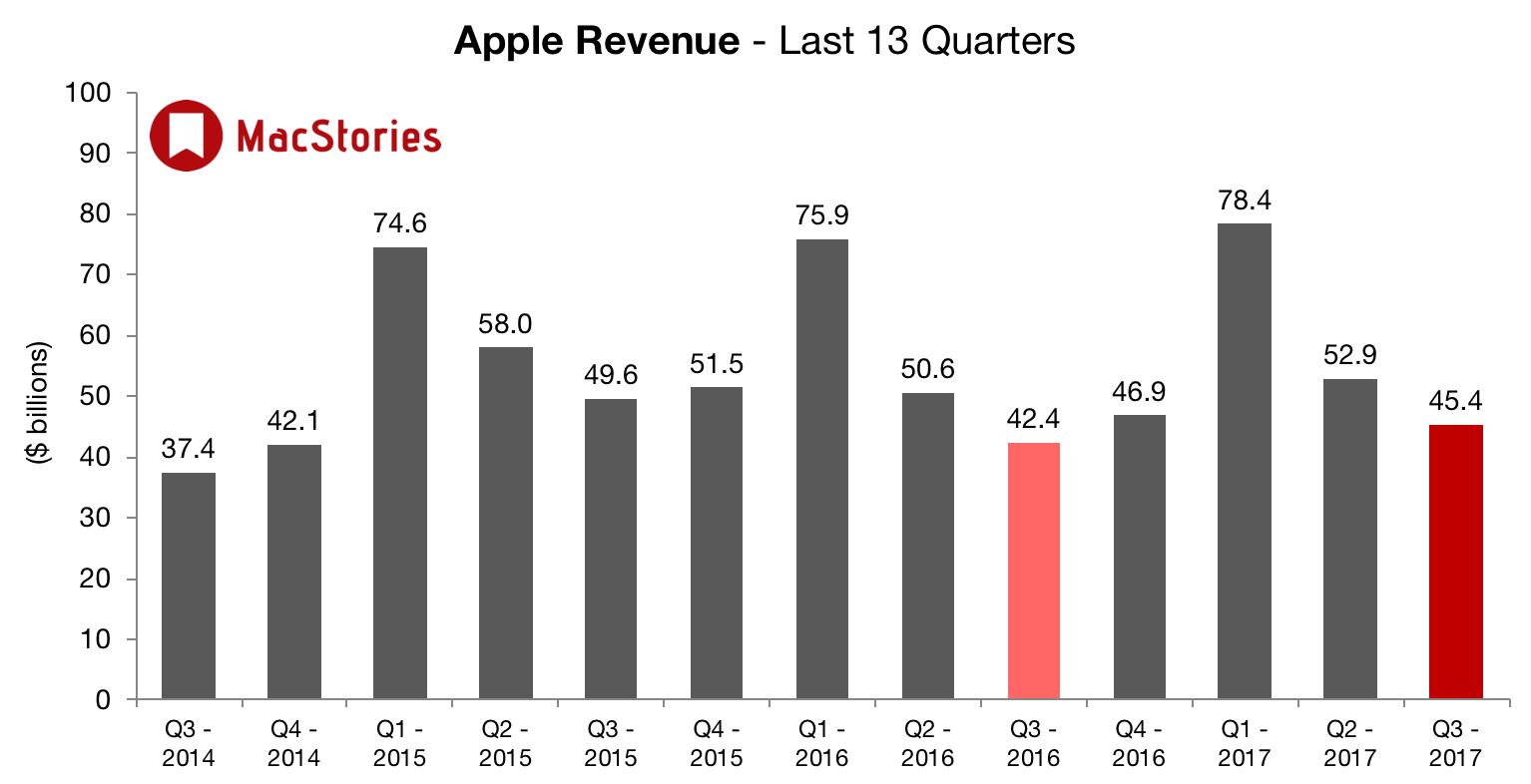 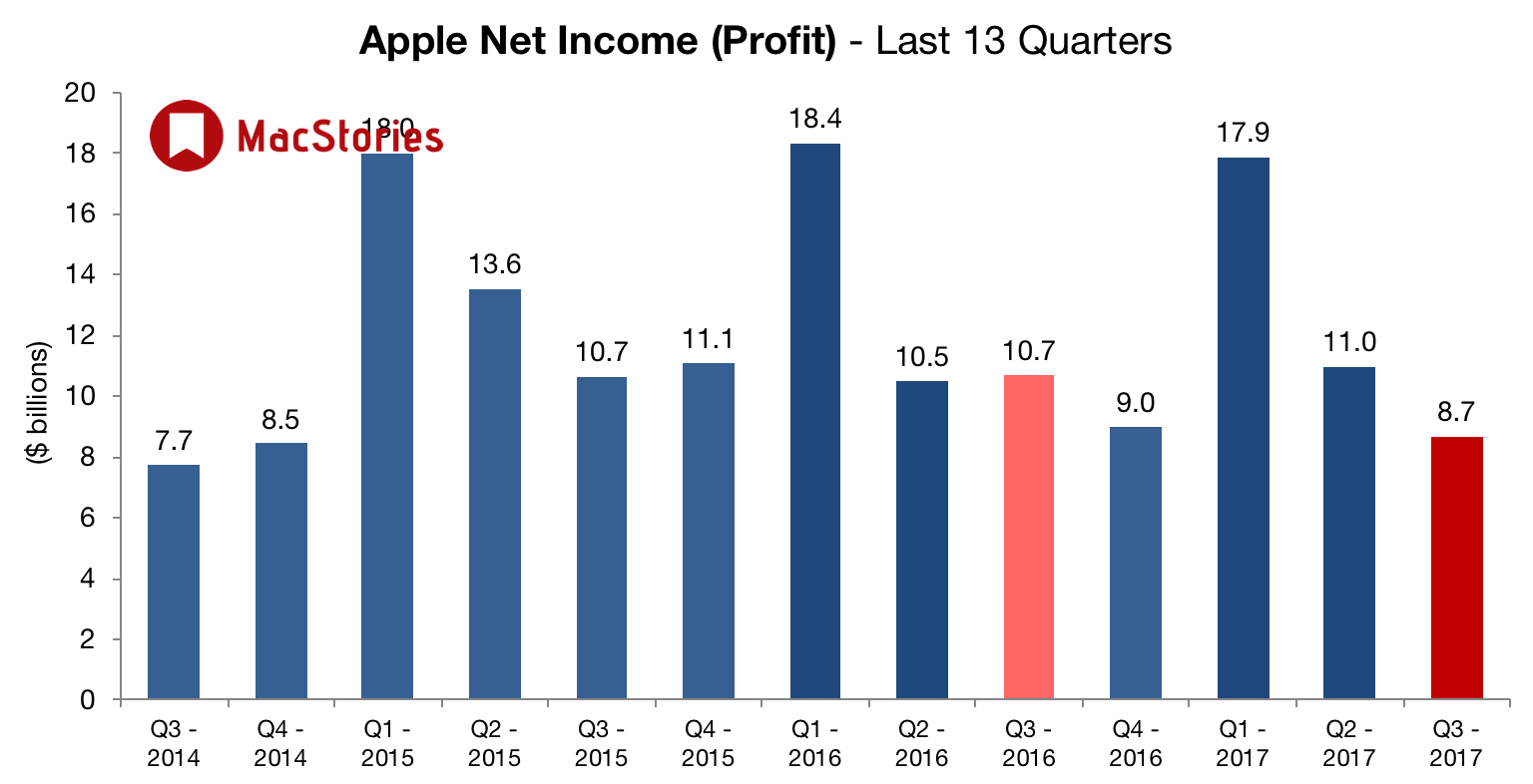 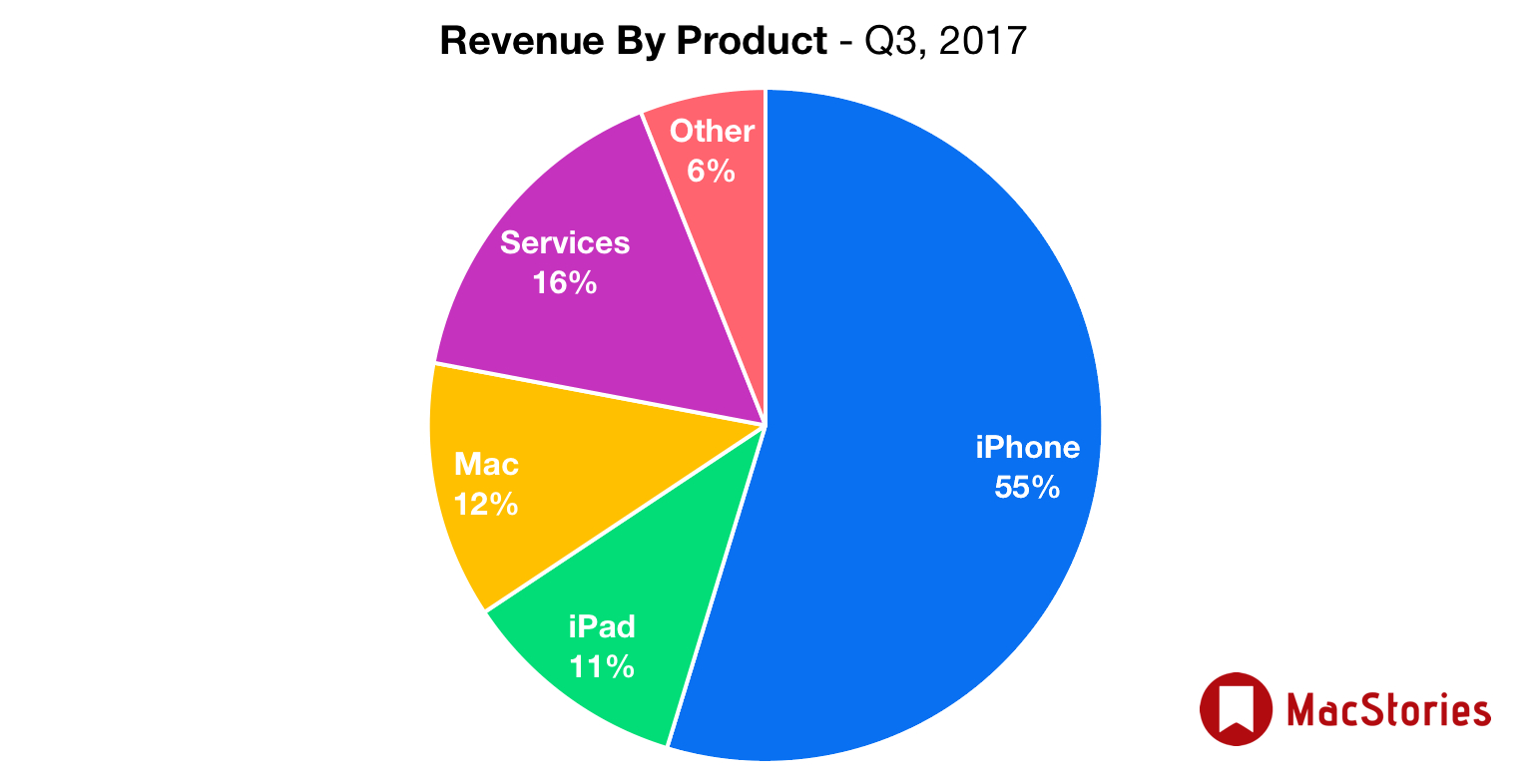 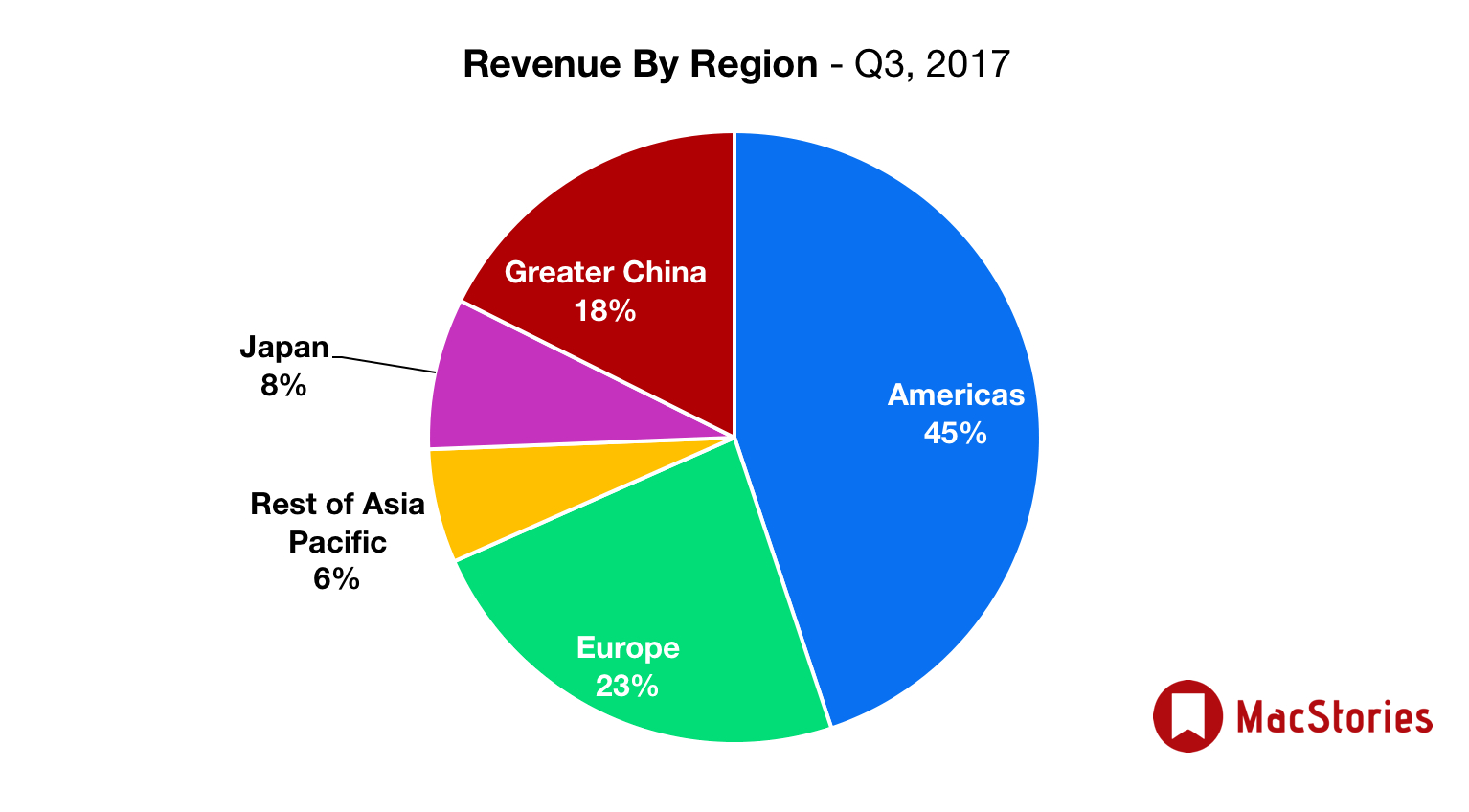 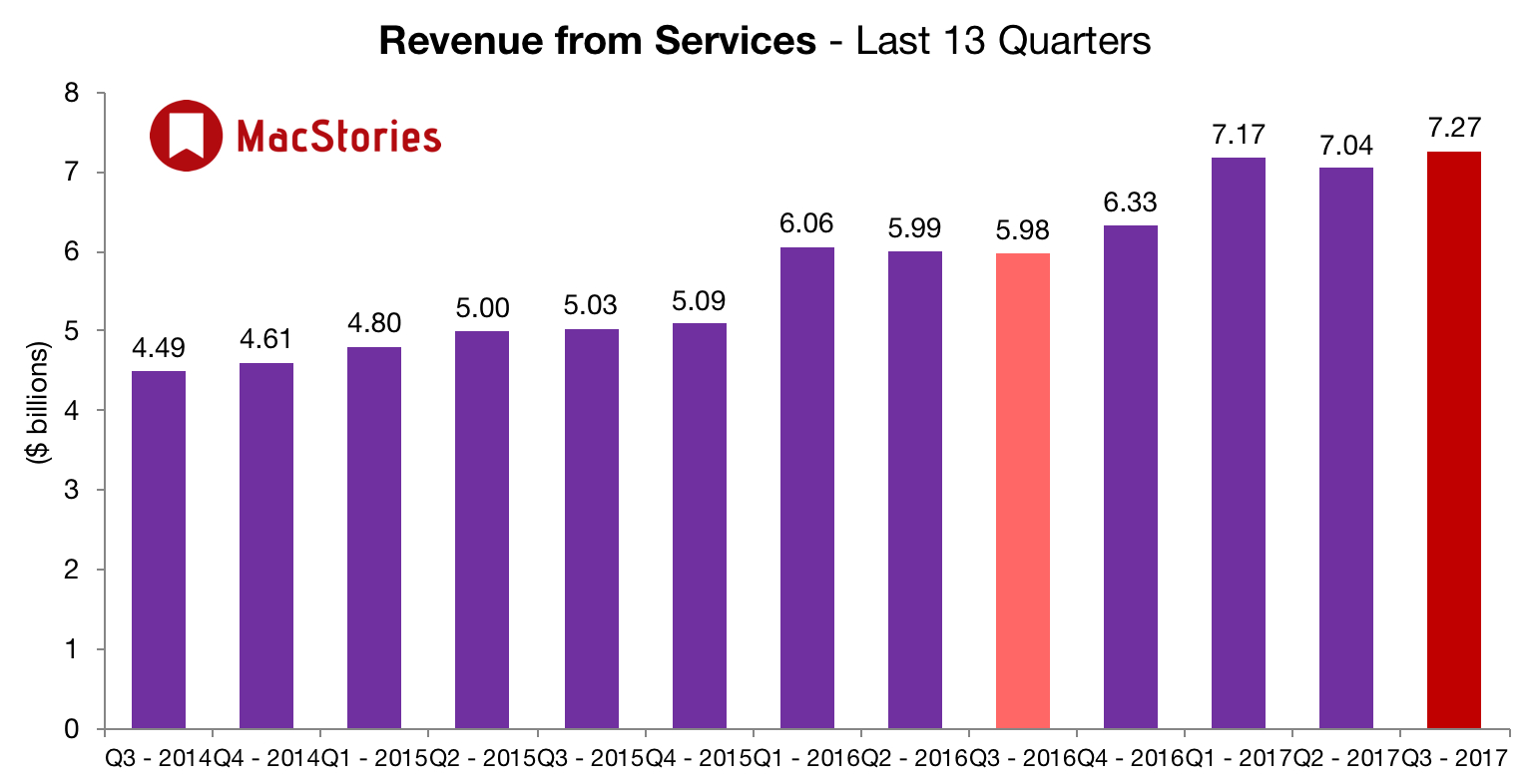 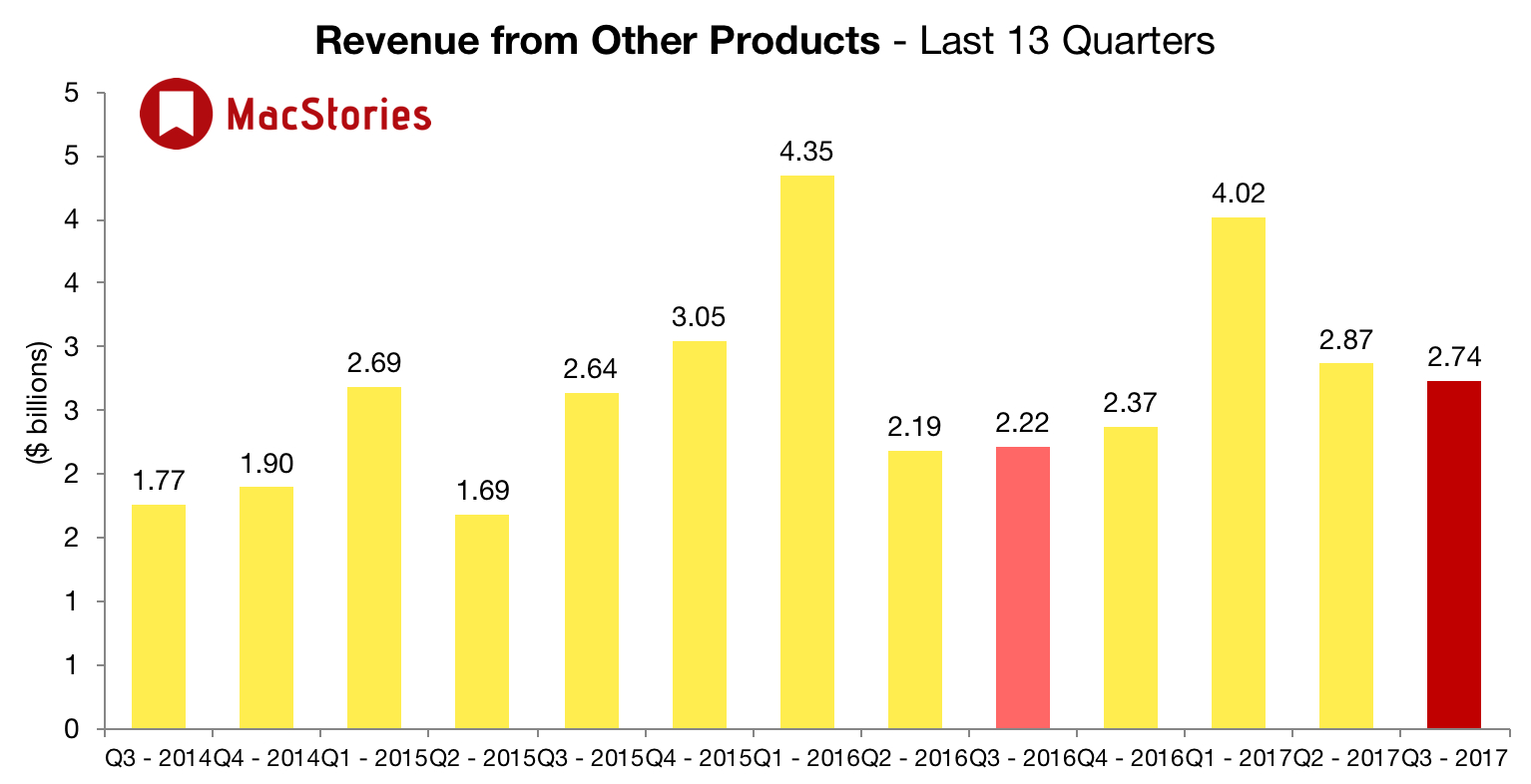 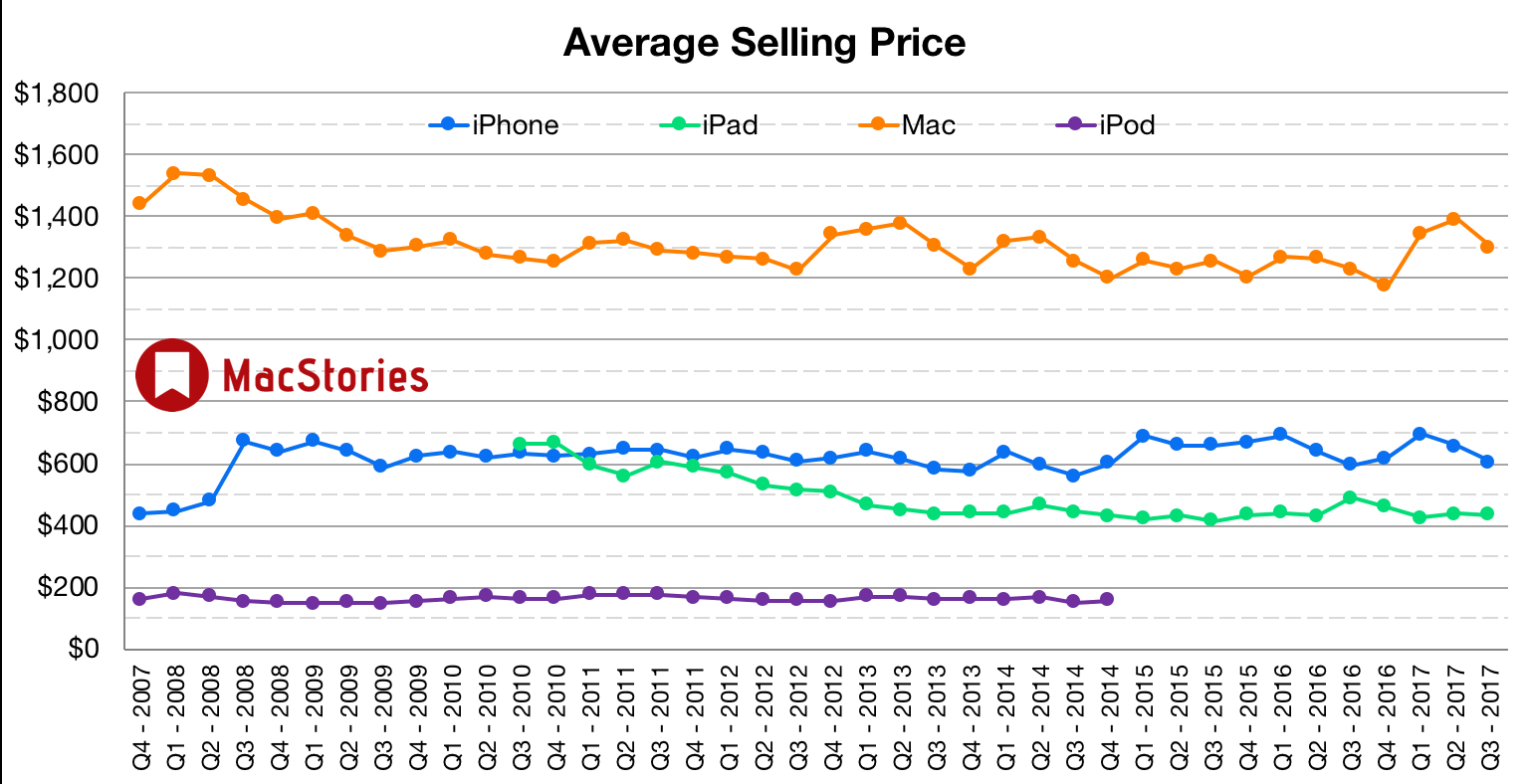 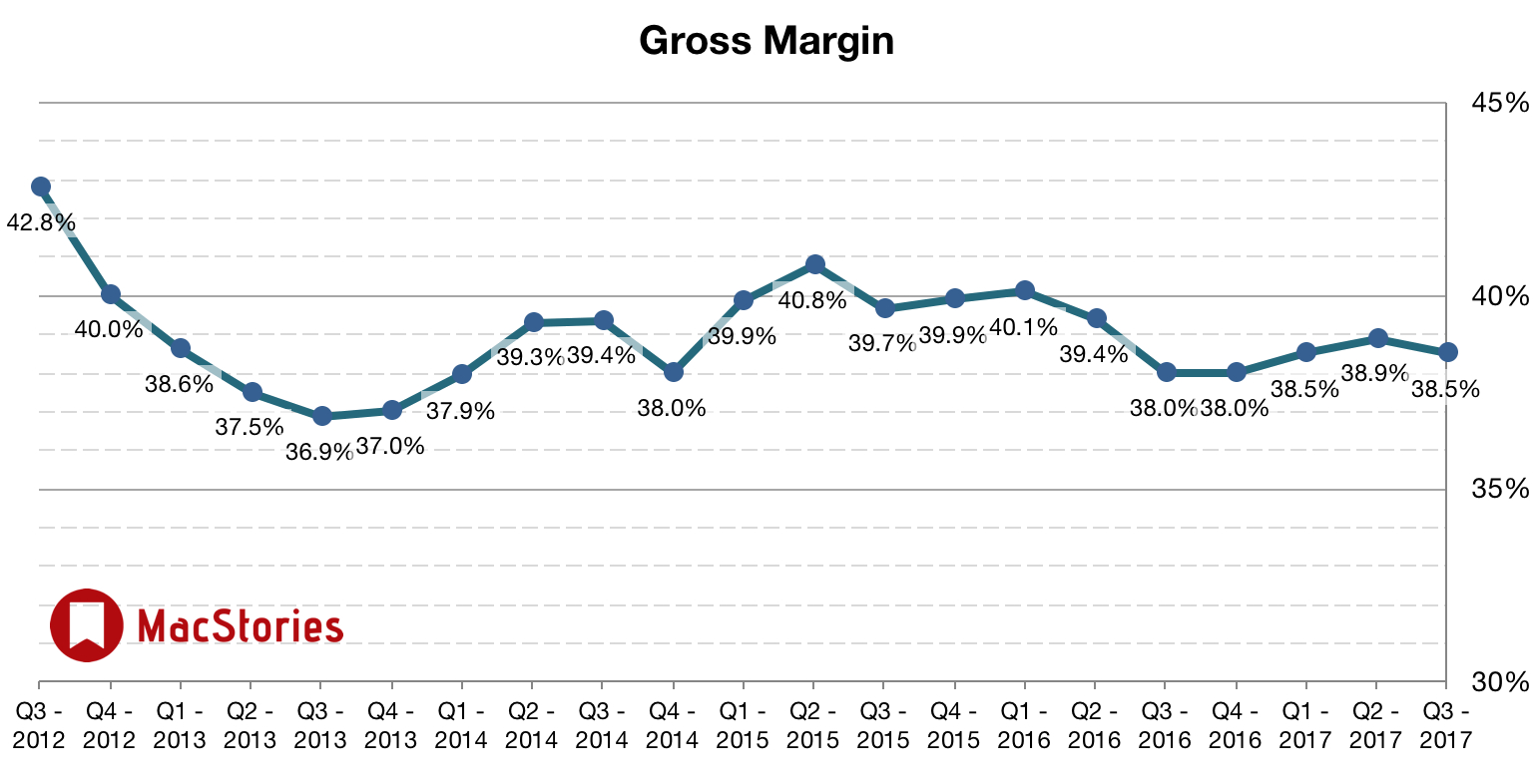 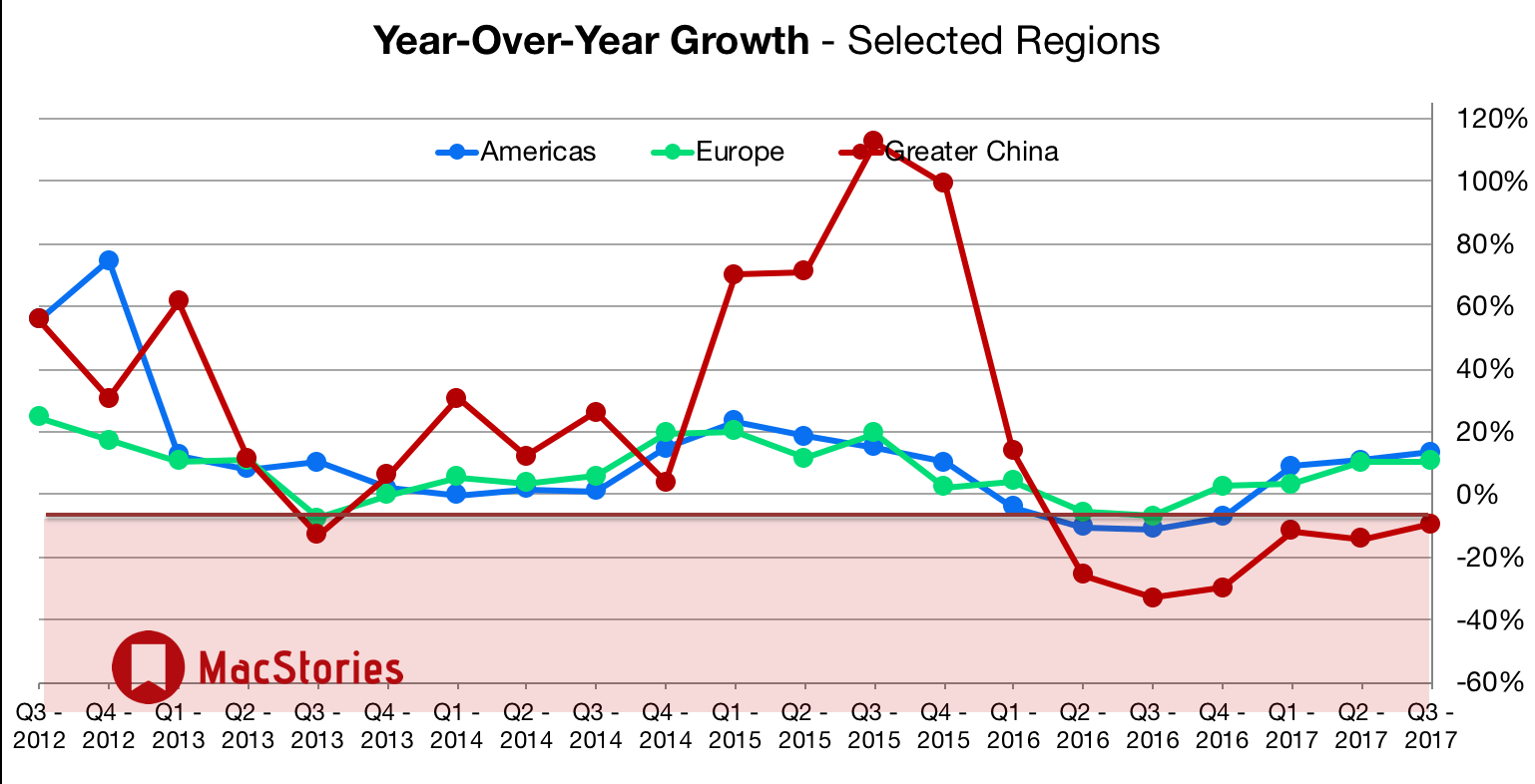 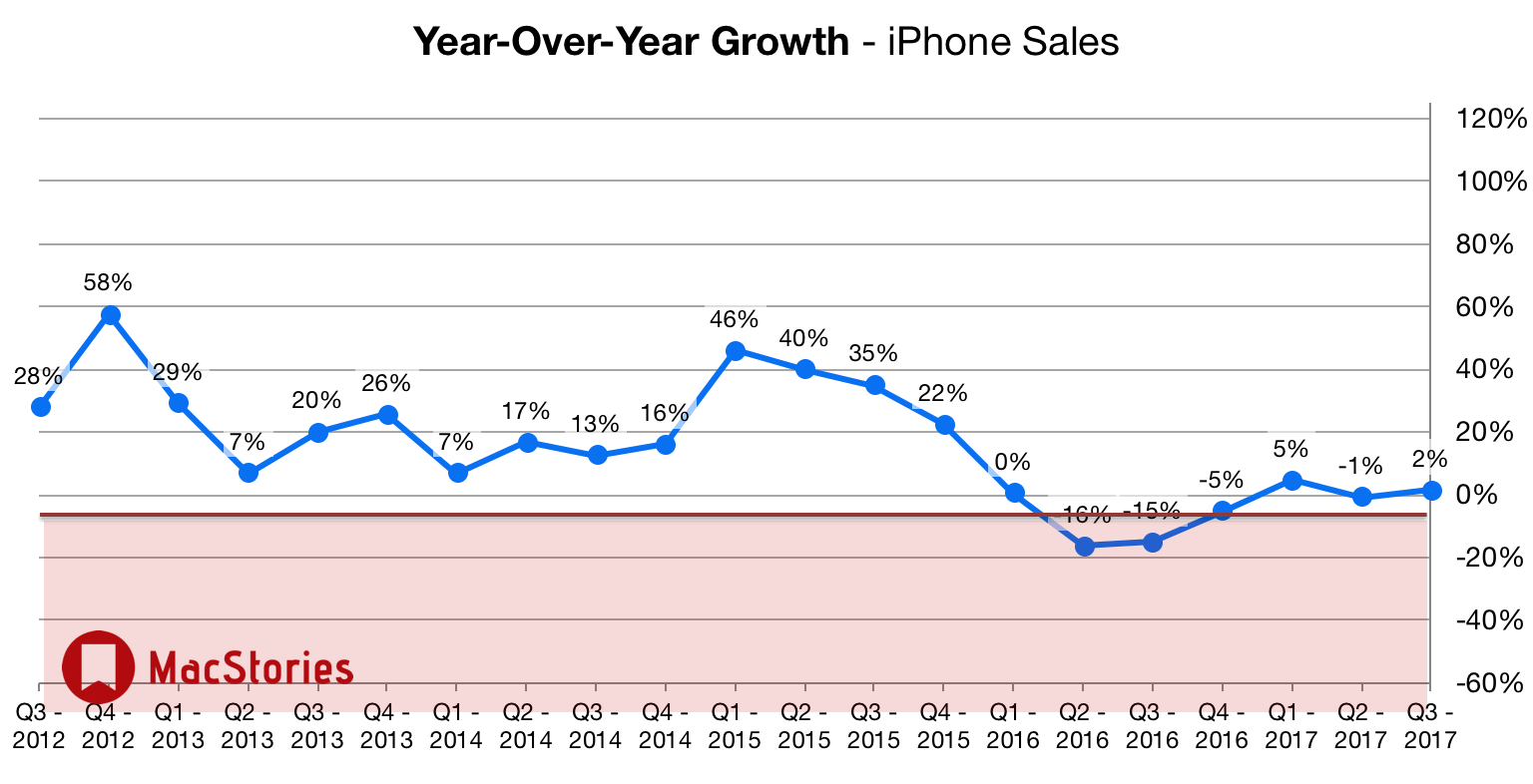 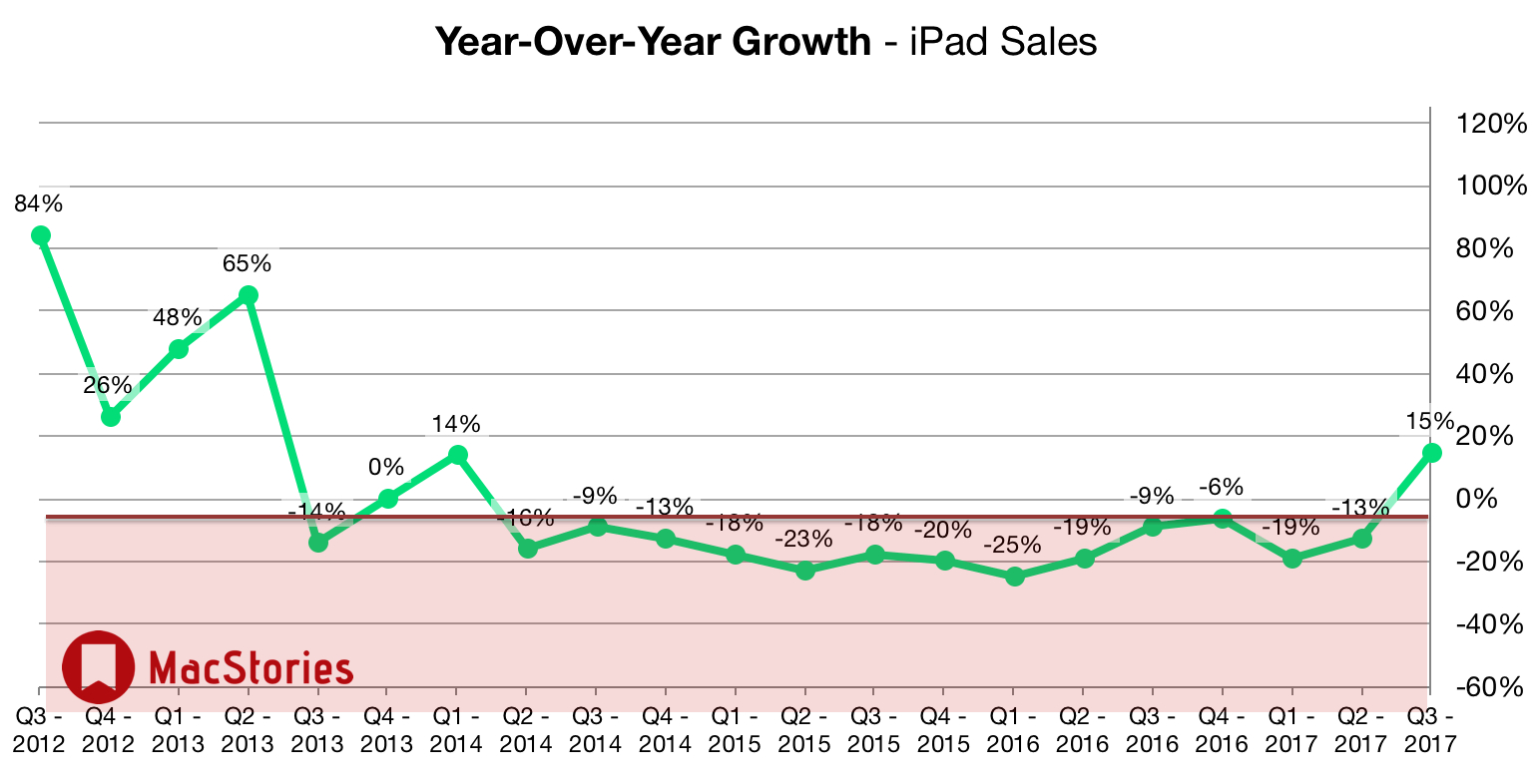 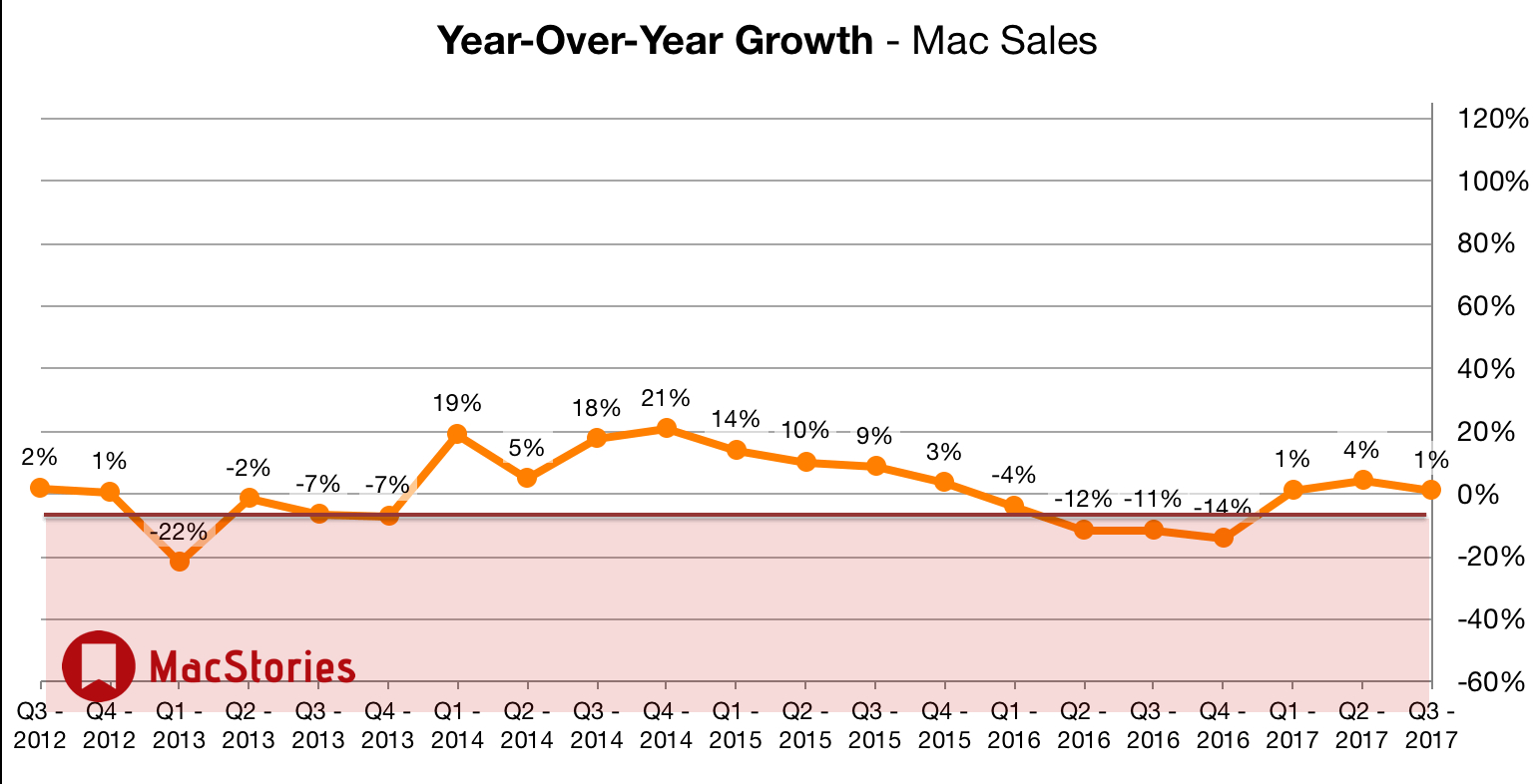 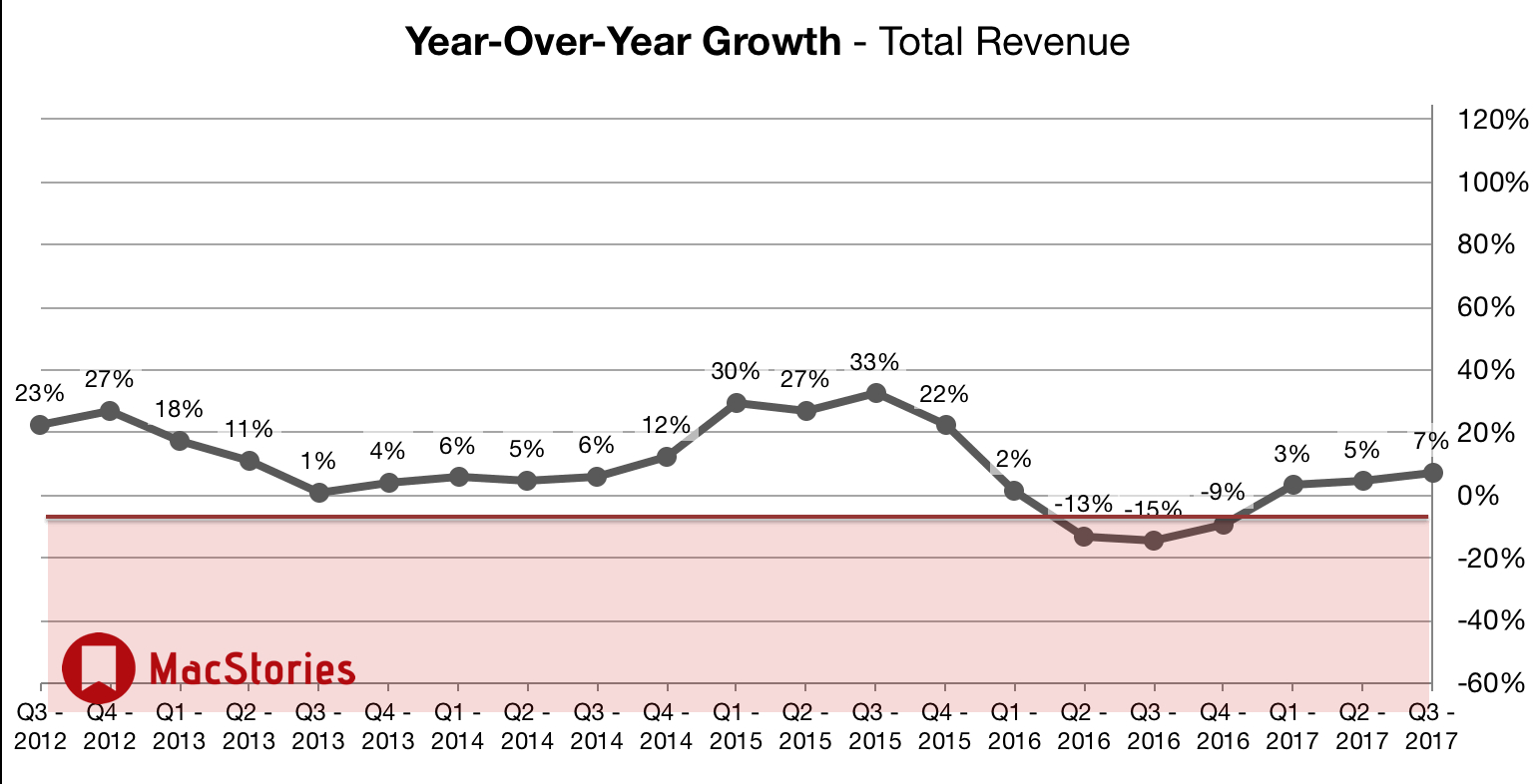 Still sticking with the WOW.

Apple had an all time quarterly record for services revenue.

Notable: revenue and unit growth in all product categories: pic.twitter.com/QgjV23oMM0

A.K.A the most profitable customers in the world are spending and spending.. Platforms broker trust. Apple ecosystem well positioned. https://t.co/GvTrHGnk3M

Apple is signaling a huge fourth quarter and Wall Street is loving it https://t.co/Zbaz728CnQ by @mattlynley

CNBC: Tim Cook “We have now achieved our goal of [services] being the size of a Fortune 100 company earlier than we thought.”

Apple Services revenue up at least 10% year-over-year in Greater China.

“ARKit will become the world’s largest AR platform when iOS 11 launches in the fall.”

iPad has 89% of tablets >$200 in the USA. There are two tablet markets: iPads and generic cheap black plastic.