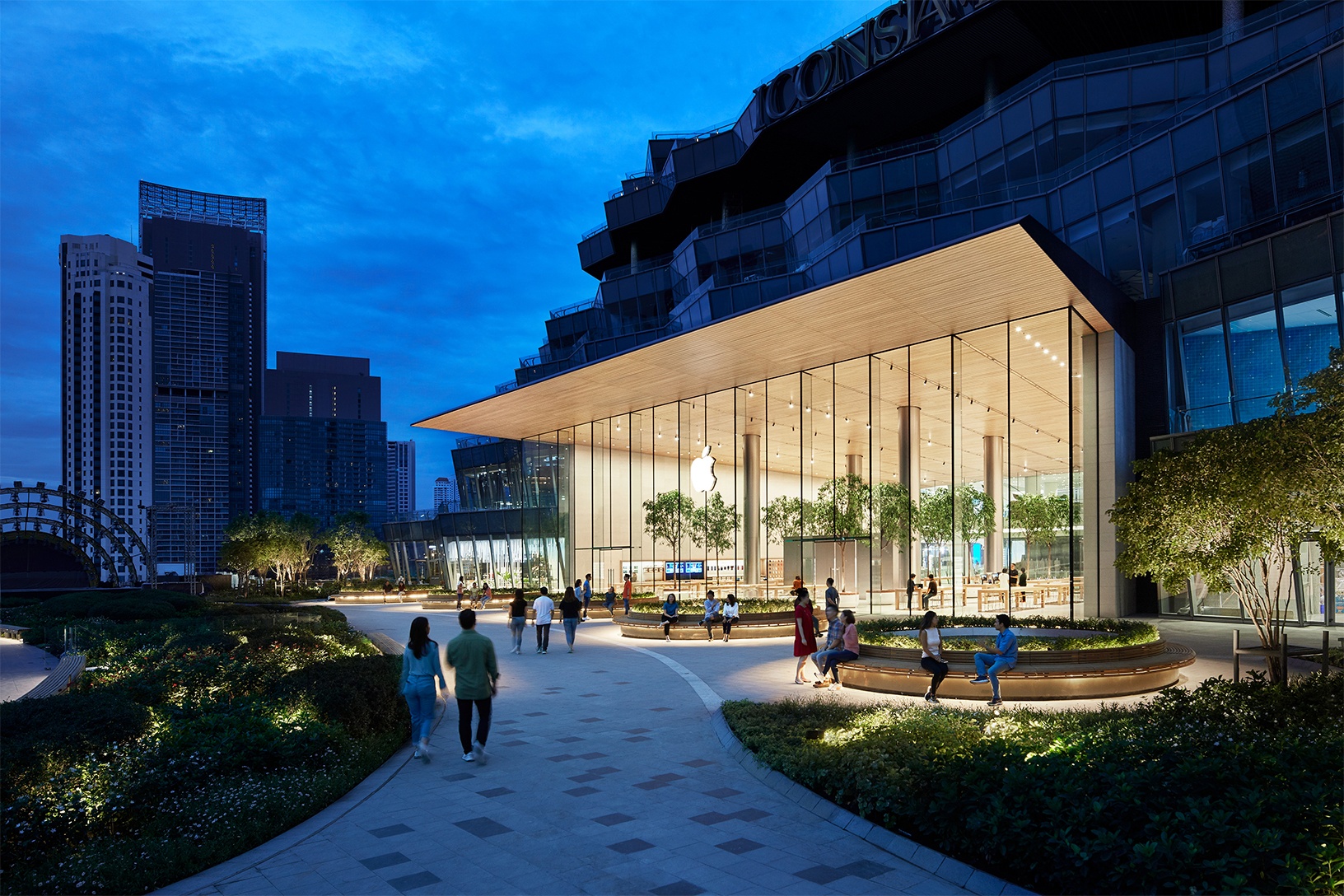 Apple has just published its financial results for Q2 2019, which is the company’s holiday quarter. The company posted revenue of $58 billion. Apple CEO Tim Cook said:

Our March quarter results show the continued strength of our installed base of over 1.4 billion active devices, as we set an all-time record for Services, and the strong momentum of our Wearables, Home and Accessories category, which set a new March quarter record,” said Tim Cook, Apple’s CEO. “We delivered our strongest iPad growth in six years, and we are as excited as ever about our pipeline of innovative hardware, software and services. We’re looking forward to sharing more with developers and customers at Apple’s 30th annual Worldwide Developers Conference in June.

Apple’s Q2 revenue is projected to slip 5.9% from the year-ago period to hit $57.54 billion, based on our current Zacks Consensus Estimate. More specially, second-quarter iPhone revenue is projected to fall roughly 18% from $38.03 billion in the year-ago period to $31.22 billion, based on our current NFM estimates.

Meanwhile, sales in Greater China are expected to come in at $12.07 billion, which would mark a roughly 7.3% decline from Q2 2018. Luckily for Apple, its Services unit is projected to surge approximately 21% from $9.19 billion to hit $11.16 billion. This would come in above last quarter’s 19% expansion in the increasingly important growth division.

In the year-ago quarter (Q2 2018), Apple earned $61.1 billion in revenue. During that quarter Apple sold 52.2 million iPhones, 9.1 million iPads, and 4.1 million Macs. As announced on Apple’s Q4 2018 earnings call, the company no longer reports unit sales for any of its products. 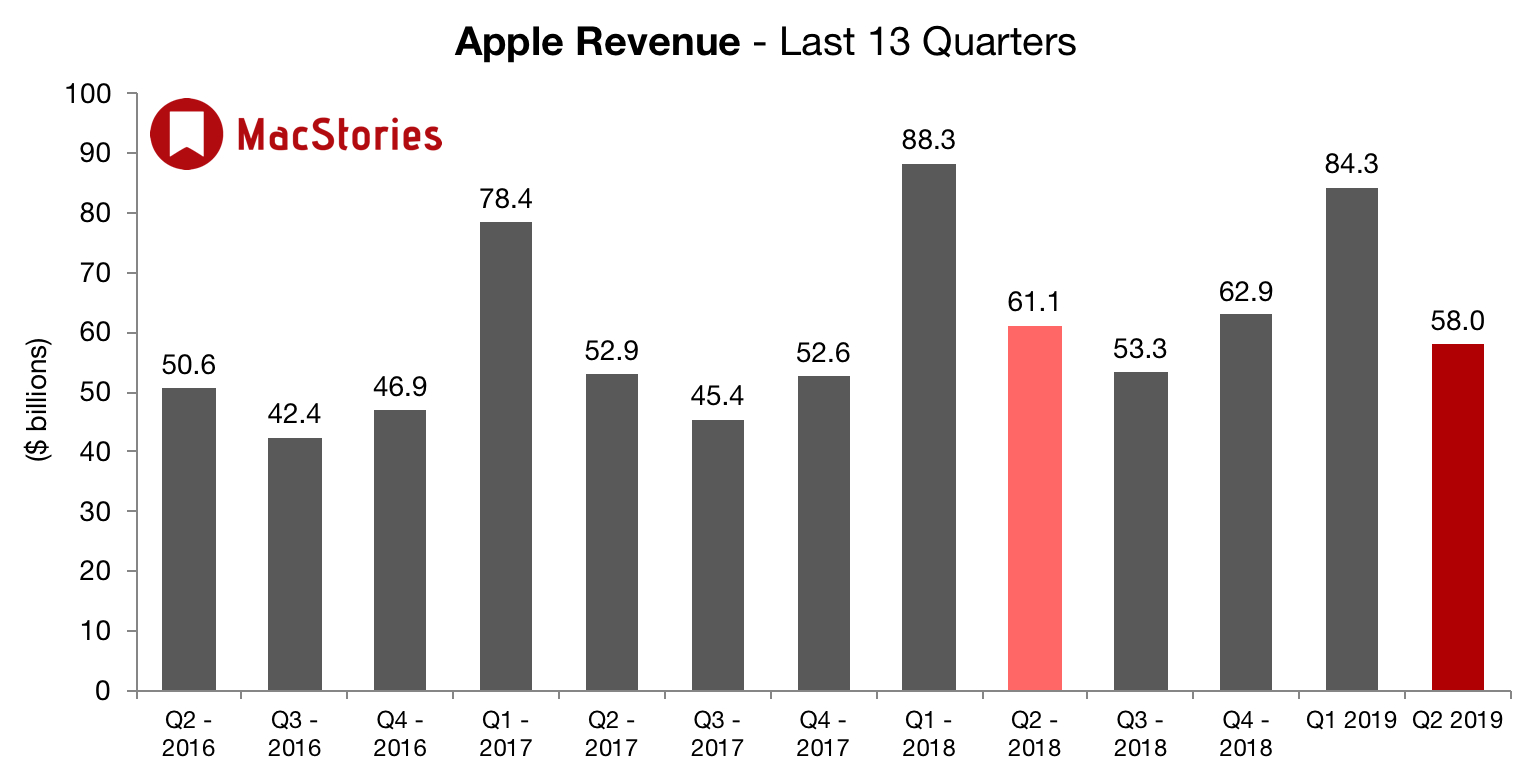 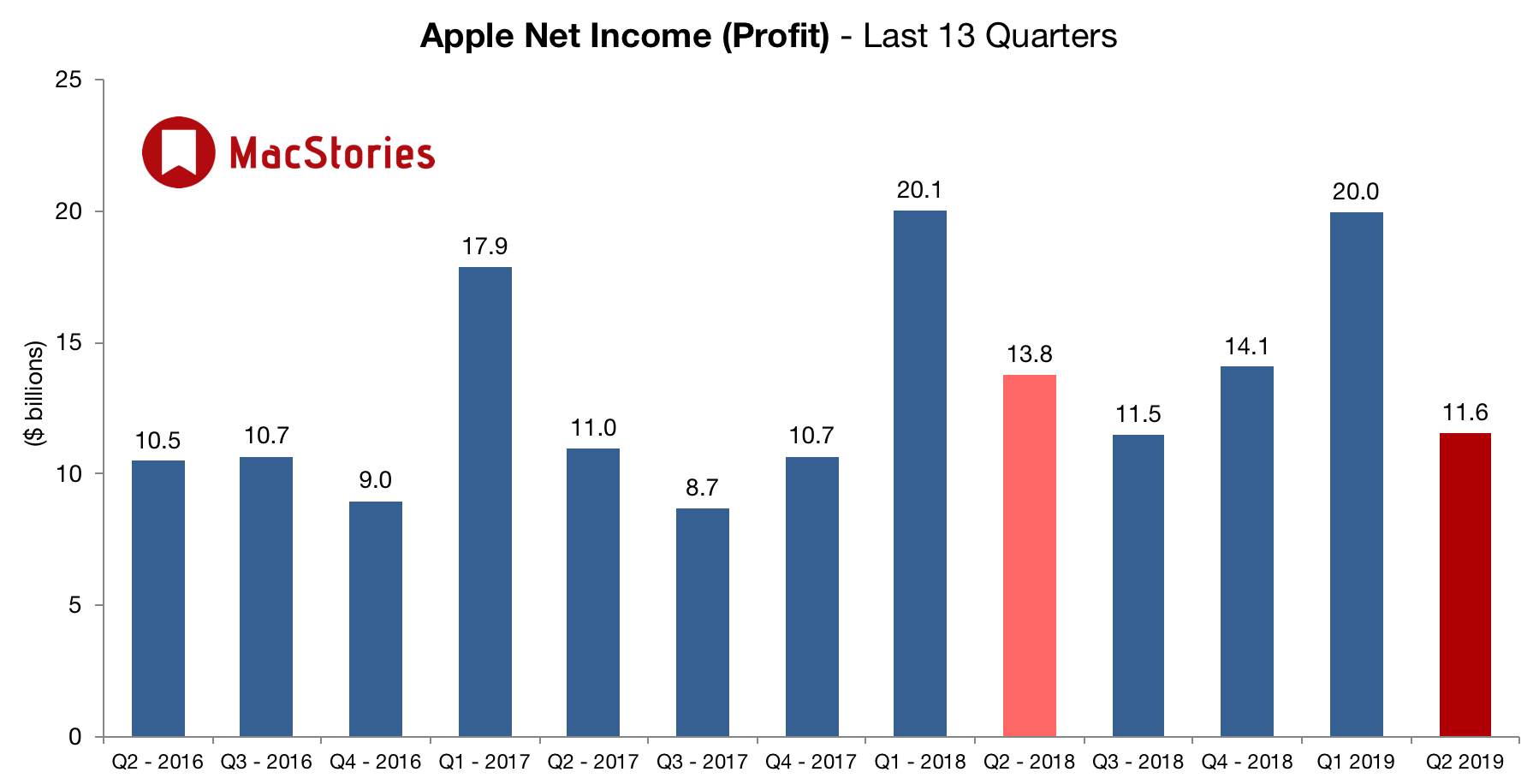 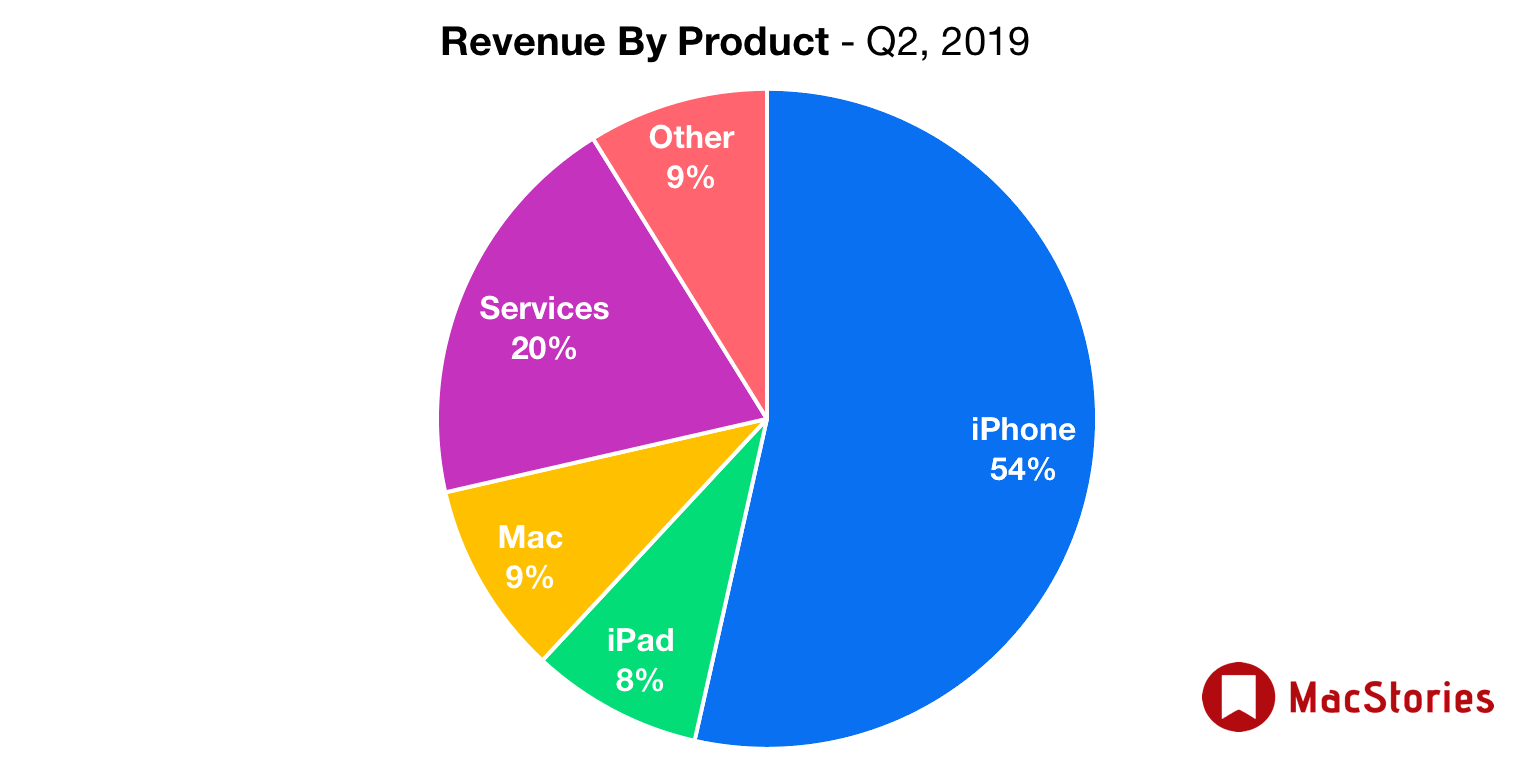 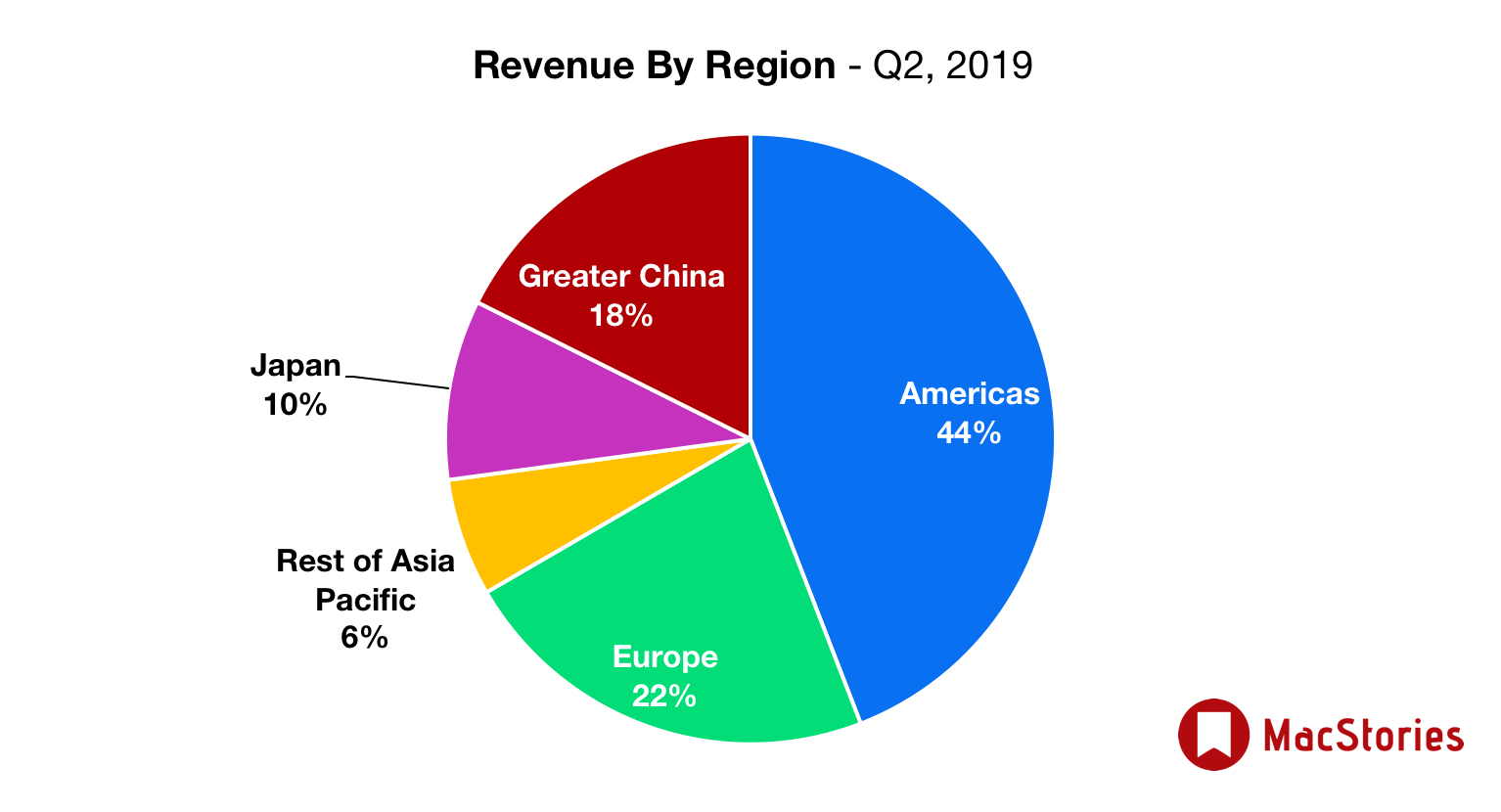 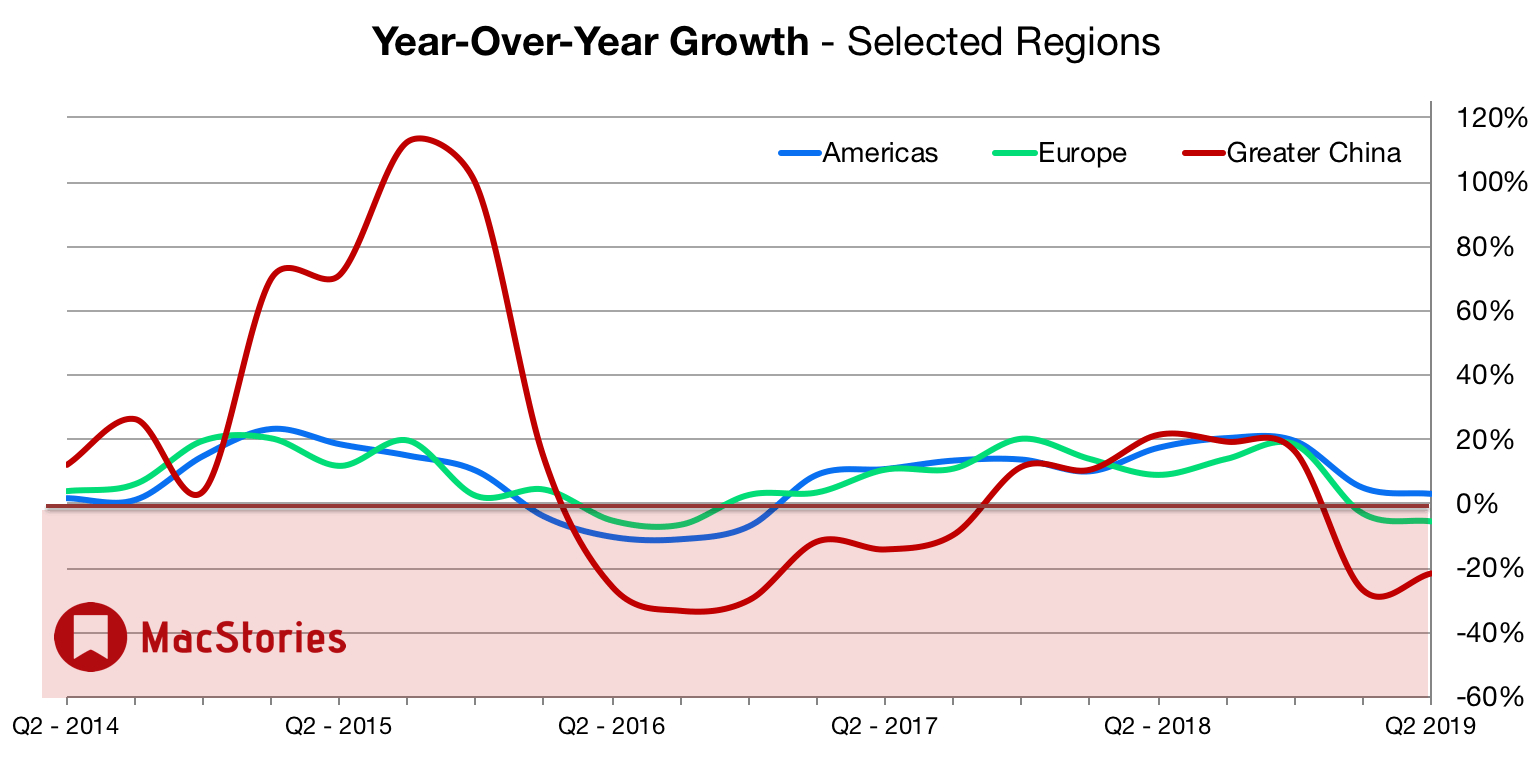 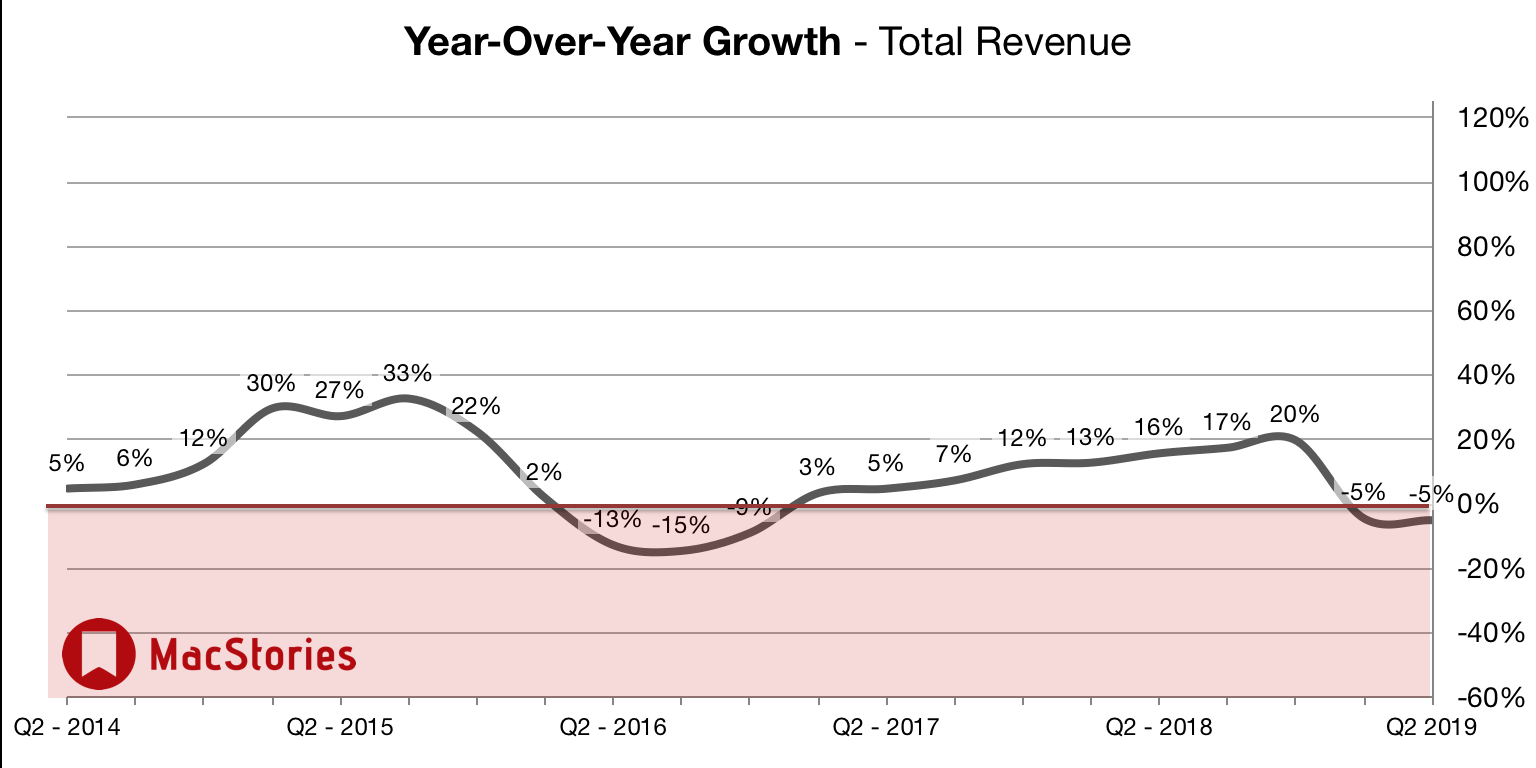 Consolidation in Android land will happen for one. With growth gone there are still too many smartphone brands to survive the long night. https://t.co/fni2DVqDu4

Once again, nearly half of Mac customers were new to the Mac.

Mac revenue was down due to component shortages. Revenue would have been up year-over-year otherwise.

For iPhone, worldwide revenue down 17% from year ago, but decline was stronger in final weeks of quarter. Nov/Dec were most challenging, so this is encouraging trend. Goal now is to pick up the pace. Importantly, active installed base continues to grow in each geo. segment.

The decline likely reflects Apple’s decision to cut product pricing outside the U.S.

CNBC with Tim Cook, cont: “That affects consumer confidence in a positive way.” About Services trends, TC said: “Currency is a headwind in both our product businesses and the services businesses.” (3/)

CNBC with Tim Cook, cont.: “Next we rolled out our trade-in program that had gotten some success in the United States…and I believe that the trade relationship—I don’t mean the tariff, I mean the tone—is much better today than it was in the November/December timeframe…” (2/)

CNBC interview with Tim Cook: Greater China revenue down about 22% but trends “are improving.” “March was better than the average for the quarter…we adjusted price as we got into the quarter, we adjusted it to take back the weakness in the currency…” (1/)