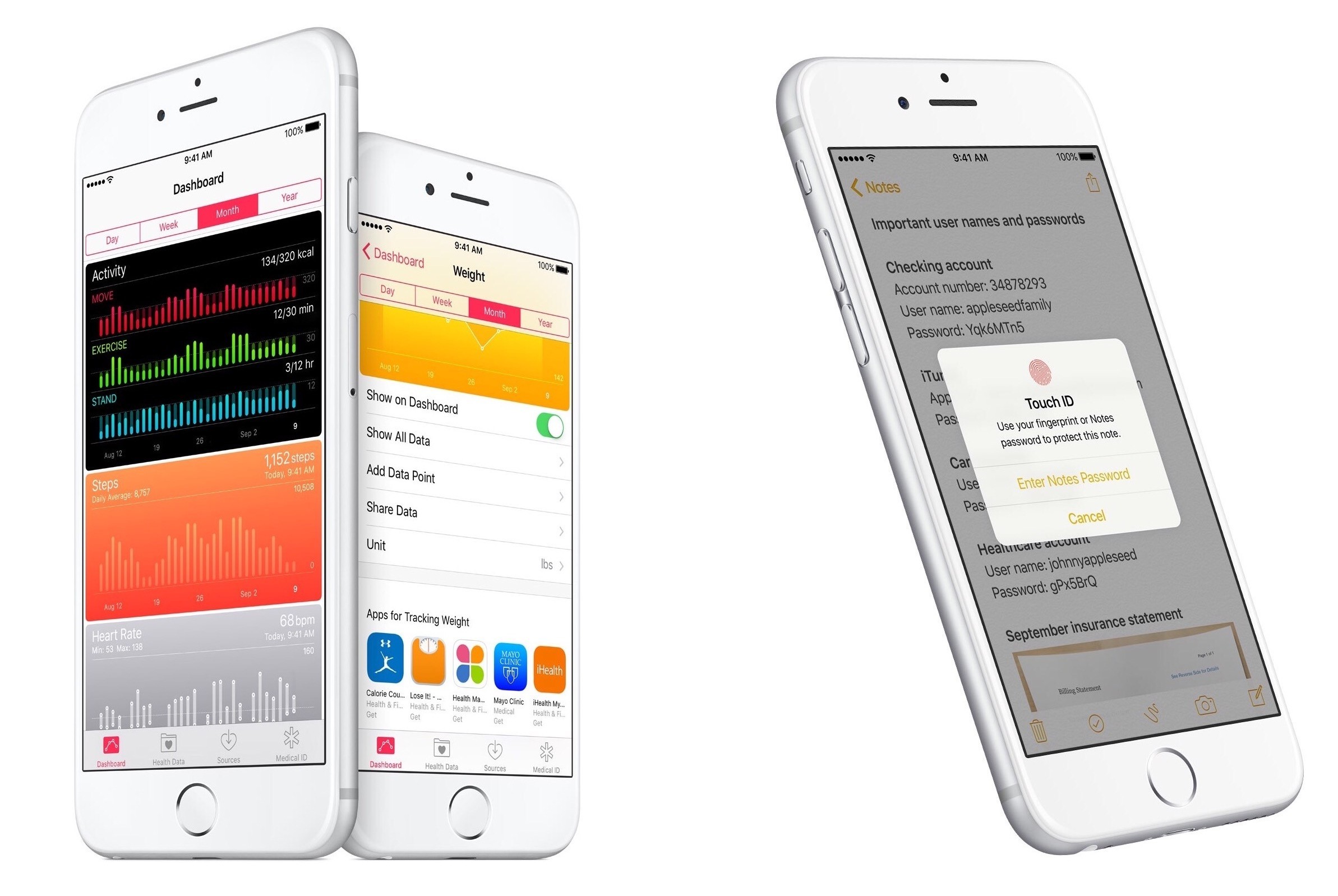 Earlier today, Apple released the first developer beta of iOS 9.3, which will introduce several new functionalities for built-in apps and for education users. To highlight some of the changes in this release, Apple has launched a mini-site with screenshots and descriptions of what’s coming in iOS 9.3.

This latest iOS release adds numerous innovations to the world’s most advanced mobile operating system. There are improvements to a wide range of apps, along with great new additions to CarPlay. iOS 9.3 may even help you get a good night’s sleep. And you’ll find a preview of new features that will make using iPad in schools easier and better for students and admins.

First, Apple appears to have listened to user requests following the shutdown of f.lux sideloading and they’re introducing Night Shift in iOS 9.3 – a system feature that will automatically shift the color of the display after sunset to be warmer and easier on the eyes.

Many studies have shown that exposure to bright blue light in the evening can affect your circadian rhythms and make it harder to fall asleep. Night Shift uses your iOS device’s clock and geolocation to determine when it’s sunset in your location. Then it automatically shifts the colors in your display to the warmer end of the spectrum, making it easier on your eyes. In the morning, it returns the display to its regular settings. Pleasant dreams.

Notes, which received a major upgrade with iOS 9 last year, will be updated to support password and Touch ID authentication for notes that contain sensitive personal data. Based on a screenshot from Apple’s webpage, it appears that users will be able to secure individual notes in the app, which will also receive new sorting capabilities (one of my few complaints about Notes in iOS 9).

Next up, iOS 9.3 will include third-party app recommendations in the Health app, where users will also be able to see move, exercise, stand, and goal data from a paired Apple Watch. In the individual category pages, Health will highlight apps for tracking specific metrics – such as weight or steps – linking to the app’s product page on the App Store.

Last, iOS 9.3 is set to bring some welcome additions to Apple News and CarPlay. For those with a compatible unit in their vehicle, CarPlay will be updated with New and For You sections for Apple Music, while Maps will add a Nearby option to find points of interest while driving with one tap. In Apple News, iOS 9.3 will bring performance improvements with faster loading articles in the recommendation page, ability to play videos from the main feed, and more personalized article recommendations (again, complaints we had about the service). According to developer release notes, iOS 9.3 will let users pair multiple Apple Watches with an iPhone and provide better support for JavaScript dialogs in Safari, too. 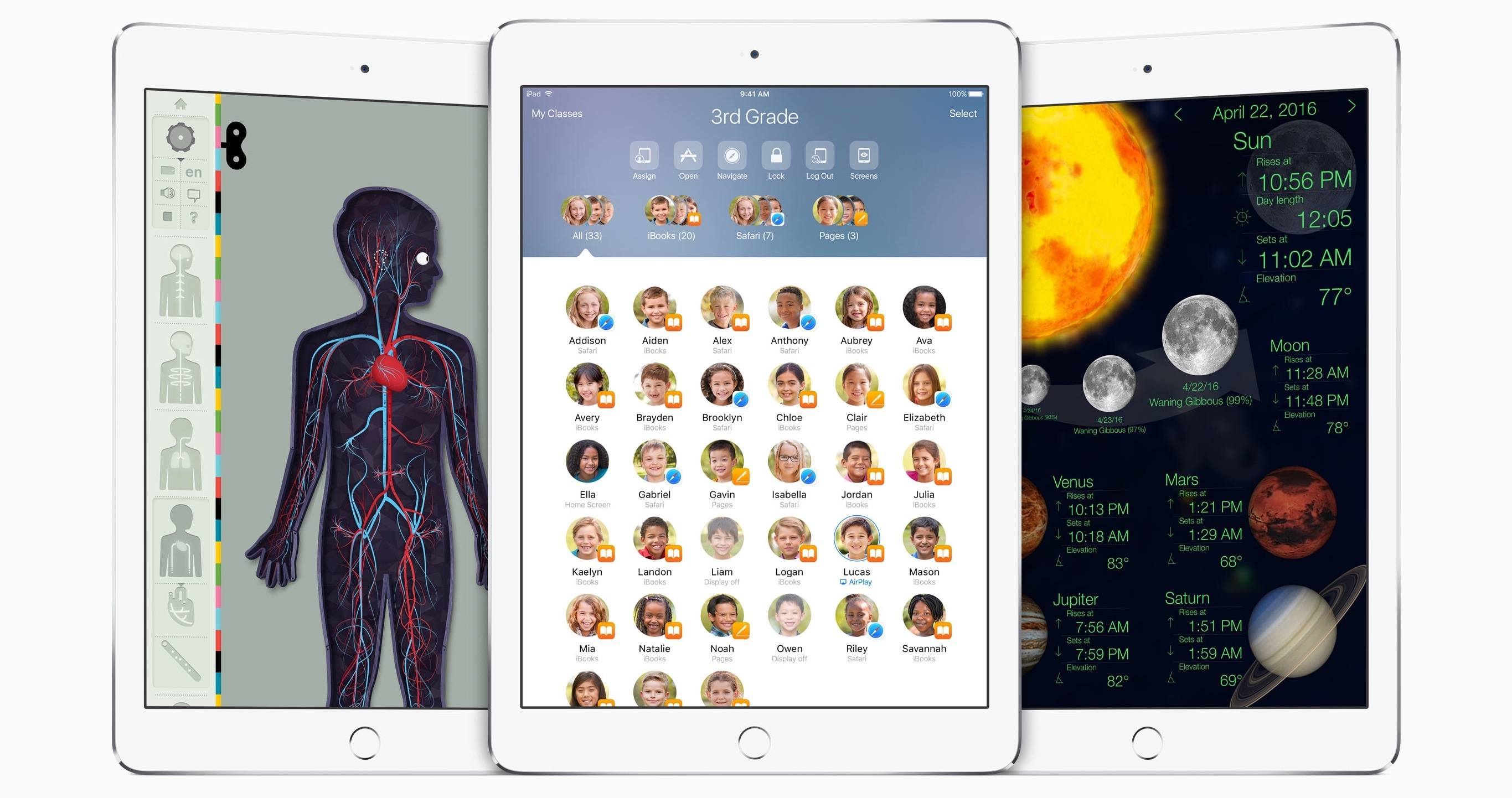 In addition to consumer changes, iOS 9.3 will bring major improvements for education and classrooms. Apple has launched a dedicated webpage to highlight these upcoming functionalities:

Technology can reshape education. And iPad, with its powerful features and apps, opens up new, more engaging ways of learning. With the iOS 9.3 beta, you’ll find a preview of new features that will make it even easier for schools to put devices where they’ll have the greatest impact — in the hands of students.

For those working in the education field, iOS 9.3 looks indeed like a major milestone. Teachers will be able to guide students through a lesson with a new Classroom app, admins will get access to a new Apple School Manager portal, and Managed Apple IDs will be introduced. But the biggest change is Shared iPad, which will essentially bring multi-user capabilities to the iPad.

When a 1:1 student-to-iPad ratio isn’t possible, Shared iPad offers an elegant solution that lets students enjoy the benefits of having their own iPad in whatever classroom they’re in. They simply log in to any iPad, and their content is ready to go.
[…]
As soon as students log in to an iPad, they have access to all their apps, books, and documents. So when class is ready to start, they are, too.
[…]
For students who use the same assigned iPad in a class each day, starting a lesson is hassle-free. Thanks to intelligent caching, when students log in they don’t have to wait for everything to download — it’s already there.

Multi-user support has long been one of the most requested functionalities for the iPad platform, and I wouldn’t be surprised to see Apple testing it with iOS 9.3 for education and rolling it out for everyone in iOS 10 later this year.

Furthermore, remote viewing – another longstanding request from iOS users – will also be available for education use: called Screen View, the new feature will enable teachers to find out how a student is doing on an assignment by looking at their screen; combined with a way to launch apps and media on every iPad in the class, lock an app on each iPad, and project any student’s work to an Apple TV, iOS will gain serious functionality in terms of remote management with version 9.3.

iOS 9.3 is shaping up to be a rich mid-cycle release with an important set of features before the company starts focusing on WWDC ‘16 and iOS 10. Night Shift, Shared iPad, and Screen View seem like notable extensions for the traditional iOS interface and single-user experience. We’ll have more to write about this soon; in the meantime, developers can start testing iOS 9.3 from the Developer Center.