Update: Apple has confirmed the campaign with an official press release and webpage. The campaign, called Apps for (RED), will feature 25 apps and all proceeds from November 24 to December 7 will go to the Global Fund to fight AIDS. Apps for (RED) is the first global App Store campaign for this cause, and developers have created RED-inspired content for it.

“Apple is a proud supporter of (RED) because we believe the gift of life is the most important gift anyone can give,” said Tim Cook, Apple’s CEO. “For eight years, our customers have been helping fight AIDS in Africa by funding life-saving treatments which are having a profoundly positive impact. This year we are launching our biggest fundraising push yet with the participation of Apple’s retail and online stores, and some of the brightest minds in the App Store are lending their talents to the effort as well.”

In addition to Apps for (RED), Apple will donate a portion of sales from Black Friday and Cyber Monday from retail and online stores. More details are available at Apple’s new (RED) website.

Apple has launched a (RED) promotion on the App Store, featuring GarageBand and several third-party apps and games such as FIFA, Monument Valley, Clear, and Paper. In the campaign – which has yet to be announced with a press release by Apple – apps have been updated with a special red icon and, for a limited time, all proceeds will be donated to RED’s fight against AIDS. 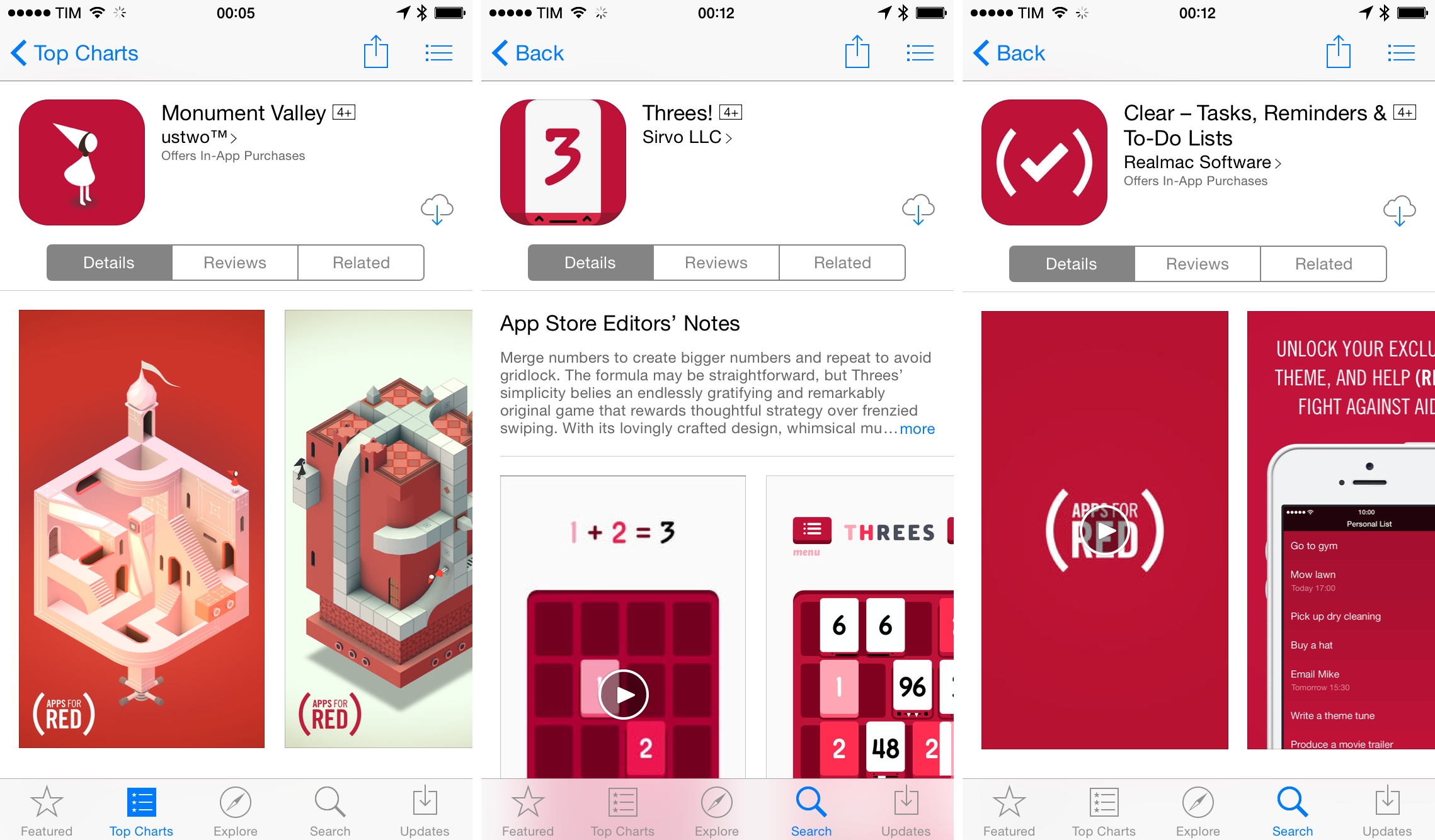 The promotion seems to be running until December 7, as until this date the company will offer a new GarageBand In-App Purchase discounted at $0.99. New content in GarageBand (called (GarageBand)RED Loop Pack) includes an exclusive collection of 300 new loops in a variety of genres.

Available only until Dec 7, 2014 with an in-app purchase. Purchased loops will be permanently accessible from the GarageBand loop browser. 100% of the proceeds will go to (RED)’s fight against AIDS. All (RED) monies go to the Global Fund to fight AIDS, Tuberculosis and Malaria. 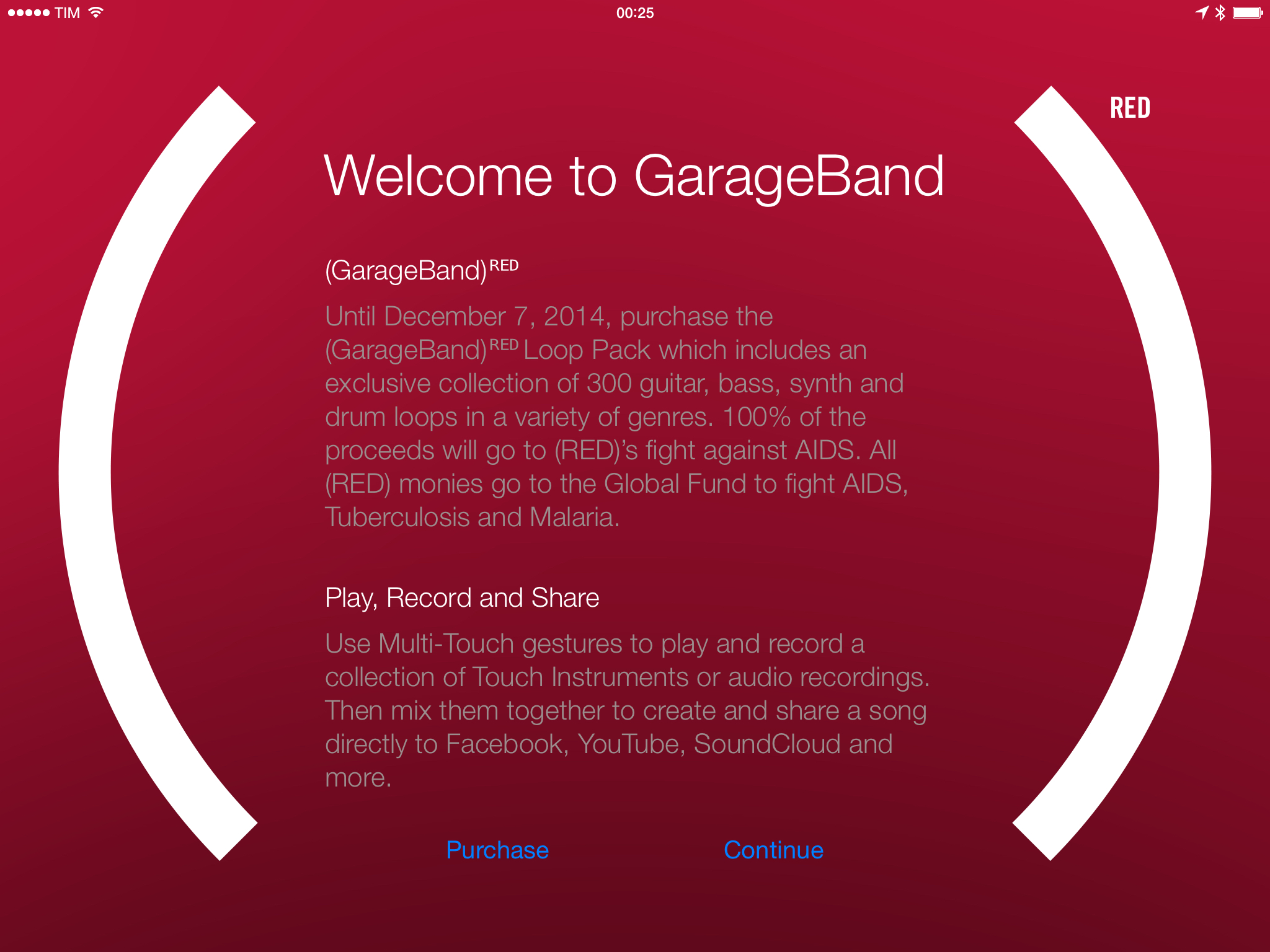 The same promotion is being featured in several third-party apps and games, with proceeds going to (RED) for a limited time. The following apps are included in Apple’s campaign:

The promotion is currently rolling out on the App Store and will likely be formalized by Apple tomorrow. Apple has long been a (RED) partner with the (PRODUCT)RED line, which gives a portion of the purchase price of Apple products to the Global Fund to fight AIDS in Africa.