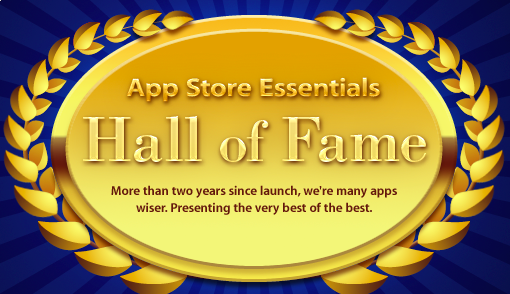 The App Store was launched exactly 848 days ago in July 2008. Today, Apple launched a new section in the App Store called “App Store Essentials: Hall of Fame” which is aimed at presenting the “very best of the best” and contains 50 apps for iPhone and iPad, both paid and free.

Among the apps, there are true gems such as Angry Birds, Hipstamatic, Instapaper, Reeder for iPhone, Siri (which was acquired by Apple), Zen Bound 2, Facebook and Photogene. Surprisingly enough, the official Twitter app didn’t make the list, nor did other clients such as Twitterrific or Weet. The list will likely grow during the weekend and the holiday season, so perhaps more apps will be added.

You can check out the Hall of Fame by following this link in iTunes.