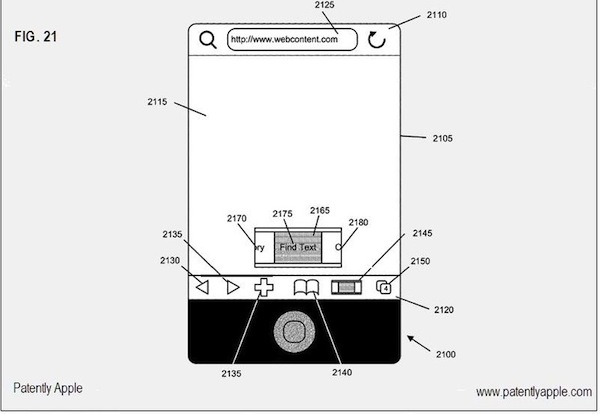 A new European patent filing discovered by Patently Apple details how Apple might implement different interaction methods for menus and toolbars in the next version of OS X, Lion, and in the future iteration of their mobile operating system, iOS. The patent, filed in Q2 1010 and published last week, shows two specific models: scrollable menus and toolbars.

The main concept behind the patent is that menus and toolbars take too much space on screen, and the large majority of users don’t need to look at these elements all the time. To save space and implement multitouch gesture-based navigation in menus, there could be a way to scroll through toolbar icons and dropdown menus both on the desktop and iPhone / iPad. 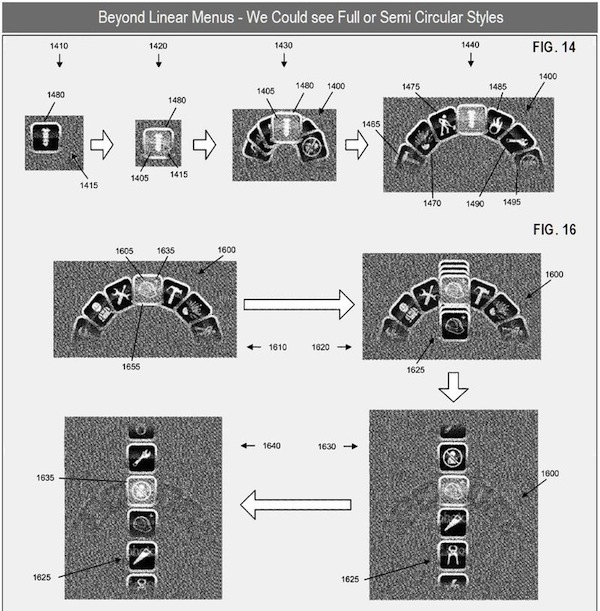 As you can see in the screenshots above, the icon visualization of toolbar items looks particularly interesting. Instead of having fixed elements in every application, users could invoke a linear or semi-circular “menu” and scroll through icons to enable different functionalities. A linear visualization would admittedly make more sense on mobile devices, where real screen estate is limited. It sort of reminds me of Apple’s implementation of dropdown menus on webpages, which are automatically rendered in an iOS fashion on iPhones, iPods and iPads.

We previously reported about iOS scrolling system (rubber-banding) and deeper popover integration coming to OS X ahead of Apple’s “Back to the Mac” event in October. Such as complete reinvention of menus and toolbars would certainly be interesting to see on mobile (perhaps in iOS 5, as Patently Apple suggest), though I’m skeptical about Mac OS X 10.7 getting this kind of makeover. As seen in Back to the Mac’s Lion demo, the standard OS X menubar is still there, for instance.