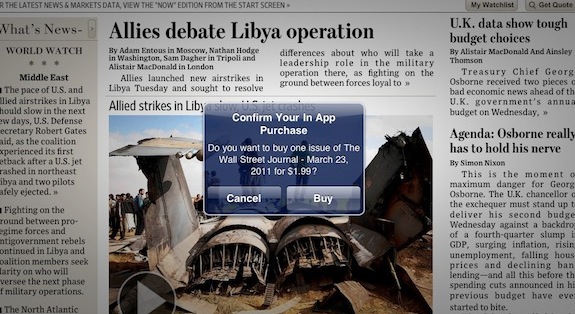 A few days ago Apple quietly modified its ‘App Store Review Guidelines’, and it has significantly reduced the requirements that apps, which deliver content, must abide by, effectively stepping down on their previous demands. In February this year it was revealed that Apple had imposed a deadline of June 30 for all publishers of iOS Apps that delivered subscription content to implement In-App Subscriptions. The requirements were that any app that sold content outside the App Store must also offer the same content to users through In-App Purchases and at the “same price or less than it is offered outside the App”.

Yet as MacRumors has published today, Apple has amended the App Store Review Guidelines to state as follows:

In plain English this means that content providers with an App Store presence are no longer forced to offer In-App purchases or subscriptions for content. But if they do choose to implement IAP or subscriptions they can offer the content at any price they wish – even if it is more than what they charge outside the App Store. The only requirement is that within an app, there cannot be an external link that redirects users to purchase content from outside the app.

It is unknown why Apple has decided to change tack on this issue, but a likely reason is that a number of publishers decided the 30% cut was too much to bear and had put pressure on Apple to redraw the guideline. Just a few days ago The Financial Times released its iPad webapp in order to sidestep the App Store and its overbearing terms. Similarly, earlier this year Time magazine had also ruled out using the subscription service because of the 30% revenue cut and customers ability to opt-out of giving them certain personal details .

Readability, which launched in February, was also set to offer iOS users an app that would tie into the Readability service, but because of the subscription rules they weren’t able to release the app. Similarly iFlowReader complained in mid-May that Apple’s subscription policy had shut them down because the 30% revenue cut would eat into their already small profit margin. The question now is whether these services and magazines will now re-embrace the App Store under these revised terms.