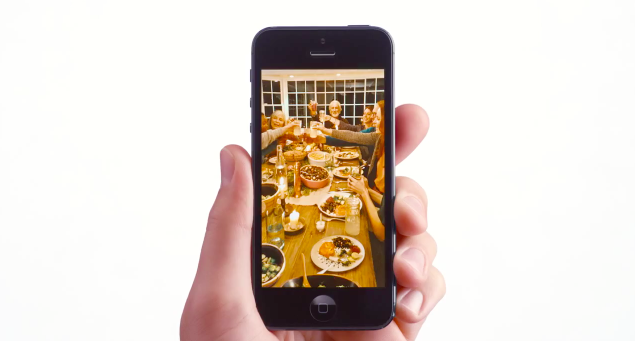 The first ad, aptly named “Turkey” focuses on Photo Stream. Using Thanksgiving as a background theme for taking family photos with an iPhone, the ad explains how Photo Stream lets you share the photos you want, with just the people you want. Jeff Daniels also shows his appreciation for pie at the end of the ad.

Orchestra is a little more peculiar. Apple wants to explain the iPhone’s background noise cancellation, which is made possible by an improved microphone design and audio system. The voice asks the director of an orchestra to lower the volume, which is similar to what happens to background noise when you make a phone call with the iPhone 5. It’s a clever and funny comparison.

Excuse me maestro? Bring it down please. Better. That’s what happens to background noise when you’re making a call on this. This microphone here picks up the sounds around you and helps turn them down. So when the world gets noisy, calls sound better.

Both ads are now available on Apple’s YouTube channel, and we’ve embedded them below.