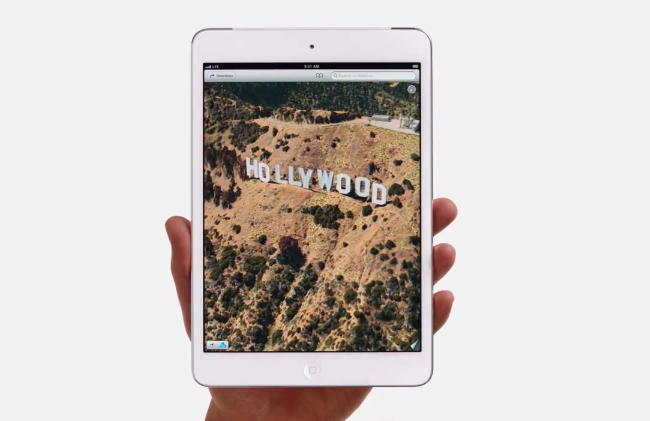 Apple aired a new iPad commercial during the 85th Academy Awards. The ad, focused on apps for photographers and video editors and iTunes Store content, also included a brief demonstration of Apple’s Maps showing a 3D animation of the historical Hollywood sign.

The new commercial uses the same style of the ones Apple aired a week ago. There is no narration, just a series of words quickly shown on screen alongside apps available on the App Store. The words that are spoken out loud are “lights”, “camera”, and “action”. The apps shown in the video include: iMovie, Pinterest, Apple’s iTunes Movie Store, MovieSlate, 8mm for iPad, Action Movie FX, and Instant. Movie Clips from Indiana Jones and Back to the Future are also shown in the ad.

You can watch the video below.