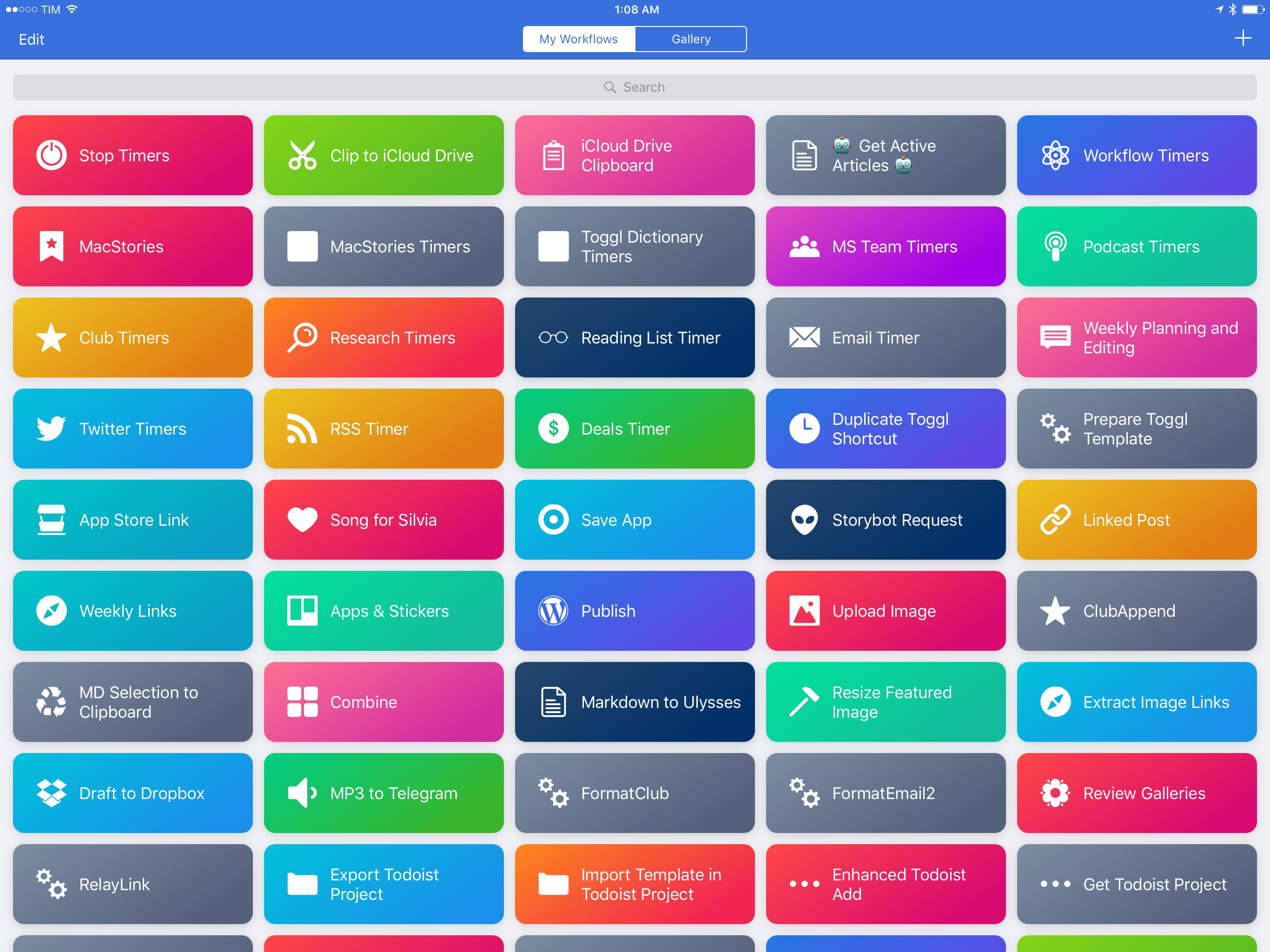 Workflow, the popular automation app for iOS and one of my major areas of focus on MacStories, has been acquired by Apple.

Apple has finalized a deal to acquire Workflow today — a tool that lets you hook together apps and functions within apps in strings of commands to automate tasks. We’ve been tracking this one for a while but were able to confirm just now that the ink on the deal is drying as we speak.

Apple confirmed the deal, and has said the following about Workflow:

“The Workflow app was selected for an Apple Design Award in 2015 because of its outstanding use of iOS accessibility features, in particular an outstanding implementation for VoiceOver with clearly labeled items, thoughtful hints, and drag/drop announcements, making the app usable and quickly accessible to those who are blind or low-vision.”

According to Panzarino, Workflow’s Ari Weinstein, Conrad Kramer, Nick Frey, and Ayaka Nonaka are joining Apple; the Workflow app will continue to be available on the App Store, and it’ll become a free download later today.

Workflow doesn’t need an introduction on this website. I’ve been covering the app since its debut in 2014, and have been following every update until the last major version, which brought the fantastic addition of Magic Variables. You can catch up on over two years of Workflow reporting and tutorials here, and access even more advanced workflows in our dedicated section on the Club MacStories newsletter.

At this stage, it’s not clear what Apple’s plans for Workflow in the long term might be. I have a few theories, but this isn’t the time to speculate. I’ll say this, though: Workflow has been the driving force behind my decision to embrace the iPad as my primary computer. Workflow is a shining example of the power of automation combined with user creativity and its underlying mission has always been clear: to allow anyone to improve how iOS can get things done for them in a better, faster, more flexible way. Workflow is the modern bicycle for the mind. There’s nothing else like it.

I want to personally congratulate the Workflow team for building a beautiful product that has enabled thousands of people to be more productive from iOS every day. I hope that Apple will continue to believe in the vision behind Workflow’s automation. If Apple takes Workflow seriously, its automation – now deeply integrated with iOS and private APIs – could fundamentally reinvent iOS for power users, especially on the iPad.

It’s an exciting time for iOS productivity and automation. I can’t wait to see what Apple’s newfound interest in automation is going to produce.