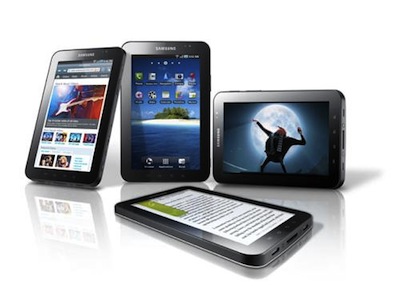 According to two different reports surfaced this morning, Google’s Android mobile operating system has gained 22% of the tablet market share and has become the world’s leading smartphone platform with 33.3 million shipments in Q4 2010.

The first report, as noted by The Loop, details how Android-based tablets grabbed 22% of the market in the fourth quarter of 2010, and while the iPad is still “dominant”, the Samsung Galaxy Tab drove sales of tablets running Google’s OS.

Strategy Analytics sees continued growth for Android-based tablets in 2011 with the release of Motorola’s Xoom and other high-profile devices. The company expects that as more Android devices hit the market, media developers in the United States and elsewhere will increasingly support the devices with content.

Shipments of Android-based smart phones reached 32.9 million, while devices running Nokia’s Symbian platform trailed slightly at 31.0 million worldwide. But Nokia did retain its position as the leading global smart phone vendor, with a share of 28%. The fourth quarter also saw the worldwide smart phone market continue to soar, with shipments of 101.2 million units representing year-on-year growth of 89%. The final quarter took shipments for the year to fractionally below 300 million units, with an annual growth rate of 80% over 2009 (see table below).

In Q4 2010, volumes of Google OS-based smart phones (Android, OMS and Tapas) were again boosted by strong performances from a number of vendors, notably LG, Samsung, Acer and HTC, whose volumes across these platforms grew 4,127%, 1,474%, 709% and 371% respectively year-on-year. HTC and Samsung together accounted for nearly 45% of Google OS-based handset shipments.

As you may remember, in its Q1 2011 financial results for the September - December 2010 quarter Apple announced 16.24 million iPhones were sold. While Apple’s smartphone line-up is solely made by the iPhone, Android’s shipments include devices by vendors like LG, HTC and Samsung.