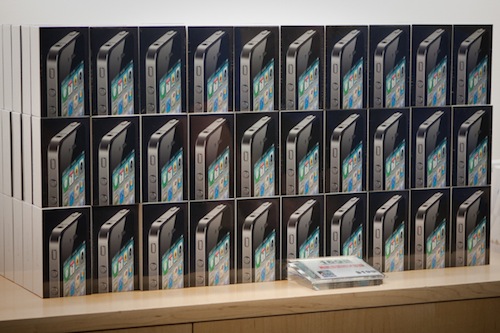 Two weeks ago, Apple officially announced the Q2 2011 conference call, where the company will unveil the financial results for the quarter that ended on March 26. The second fiscal quarter usually marks a decline in sales after the holiday season, but this year analysts are facing an interesting scenario: in the second quarter, Apple released the Verizon iPhone after years of rumors and speculation, and launched the iPad 2 both in the United States and internationally. Whilst previous Q2s have followed the unspoken standard of lower sales than the big boom of Thanksgiving and Christmas shopping, this year’s conference call is set to provide more insight into Verizon iPhone’s sales (which were rumored to be “below expectations”, although many disagree) and the (allegedly) huge success of the iPad 2, which is still nowhere to be found in most Apple retail stores and has a 2-3 weeks shipment delay on Apple.com.

Just like last quarter, Fortune has posted the predictions of pro and “amateur” analysts about how many iPhone units did Apple sell in the quarter. According to the analysts contacted by Fortune, Apple might have sold between 13 million and 20 million iPhones, with most predictions averaging around 16 million devices sold.

The health of Apple’s quarterly earnings – and its stock price – will depend heavily on how those two factors balanced out. The iPhone is the company’s biggest money maker; in Q1 2011, it represented nearly 40% of total revenue.

The 43 analysts we polled – professionals and amateurs – were split on the question of whether iPhone sales rose or fell in Q2. Twenty five believe Apple sold more; 18 think it sold less. Their estimates ranged from a high of 19.8 million from Susquehanna’s Jeff Fidacaro to a low of 13.24 million from Goldman Sachs’ Bill Shope.

In Q1 2011, Apple posted a record revenue of $26.74 billion with 7.33 million iPads sold, 16.24 million iPhones and 4.13 million Macs; a graphical analysis of the Q1 offers a good overview of where Apple’s sales are and what’s generating profit for the company. In the past weeks, other analysts claimed 2011 could be a $100 billion revenue for Apple. While we look forward to see whether or not Horace Dediu and Turley Muller will go close to Apple’s actual results this time around too, you can check out the full chart if predictions and estimates below. 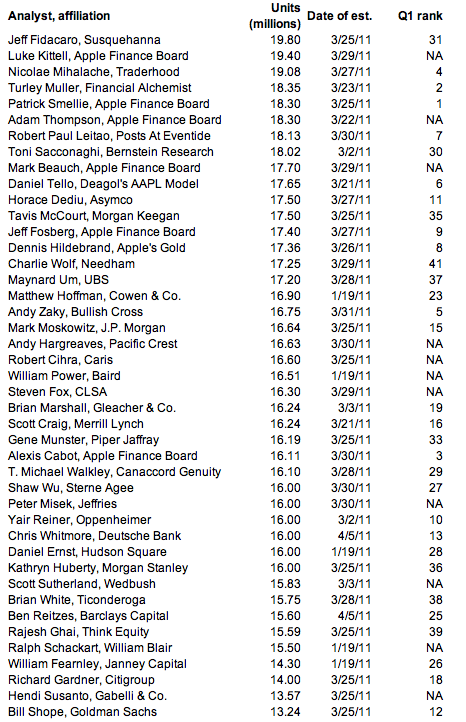