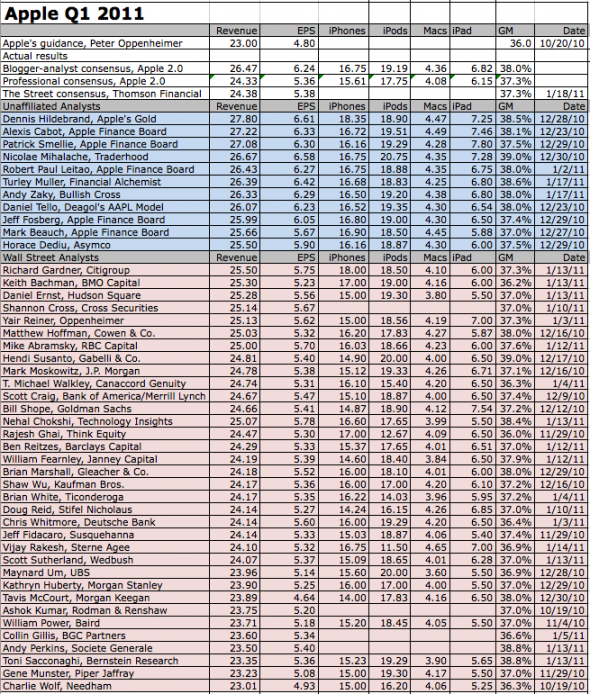 With Apple’s financial results for Q1 2011 only a few hours away, Fortune has posted its usual chart of predictions from professional and amateur analysts regarding Apple’s sales for the last quarter. To give it a bit of context, in the last quarter (pre-holiday season) Apple sold 3.89 million Macs, 14.1 million iPhones, 4.19 million iPads, 9.05 million iPods. The company posted record revenue of $20.34 billion and net quarterly profit of $4.31 billion.

Official numbers will be provided by Apple later today. An audio-only webcast of the conference call will be available here.