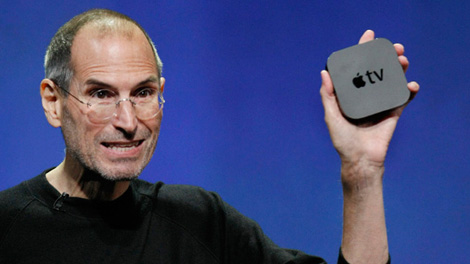 According to a “survey of Apple suppliers” by analyst Ming-Chi Kuo of Concord Securities relayed by AppleInsider, shipments of the second-generation Apple TV have reached 2 million estimated units, with 820,000 units sold last quarter. The device originally went on sale in October 2010, and whilst Apple has always been touting the Apple TV as a “hobby” for a very few percentage of Mac and iPhone users, the second-gen Apple TV is based on an entirely new streaming system from the iTunes cloud, and AirPlay. The Apple TV is priced at $99, and can be paired with an iPhone or iPad for remote controlling functionalities.

Shipments of the second-generation Apple TV continue to be strong, reaching more than 2 million estimated units since the device launched late last year, according to a new report. Analyst Ming-Chi Kuo of Concord Securities revealed the results of his survey of Apple suppliers on Tuesday. The numbers show that sales of the Apple TV have held relatively steady since the device first went on sale last October.

In December, Apple announced 1 million Apple TVs had been sold in three months. Although the report by Ming-Chi Kuo claims 820k units have been sold in Q2 with shipments topping 2 million, an Apple TV sales estimate from October of last year suggested that Apple could sell 1 million Apple TVs per quarter. Apple is set to announced its Q2 2011 financial results later today, but just like the iPod touch Apple TV sales numbers shouldn’t be disclosed by the company.

In the past months, Apple has focused on fixing compatibility issues with the Apple TV and various HDTVs, as well as adding new features to the box like NBA League Pass and MLB.tv integration. Apple is also rumored to be considering licensing the AirPlay streaming technology to third-party TV makers – a move that would allow the company to receive royalties, and expand the AirPlay userbase with millions of non-Apple TVs connected to iOS devices.