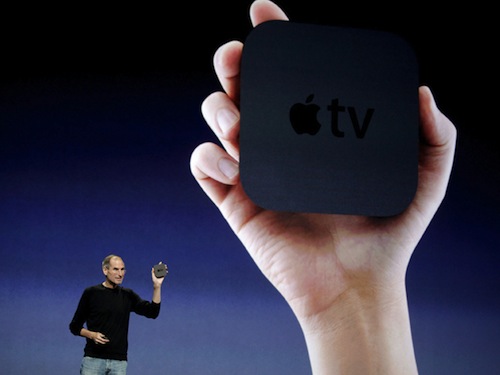 As Barron’s (via MacRumors) reports, Gauna has noticed that the new device is selling out in many Apple Stores across the country, with the price point of $99 playing very well with consumers’ minds.

We were not particularly surprised when we couldn’t get our hands on the Apple TV over this past introductory weekend in San Francisco, but when the scarcity persisted into this week it got us to checking and we subsequently learned that stores across the nation were selling out of their inventory on the same day as receipt in Boston, Chicago, New York and Washington D.C.

Gauna believes Apple TV is selling at a pace at least one quarter to one third that of the iPad, or at least 1 million units a quarter. He says the $99 price point is resonating with consumers.

The Apple TV come out last week in the US. It doesn’t have any 3rd party apps, shows selection is limited and AirPlay for video isn’t available yet.