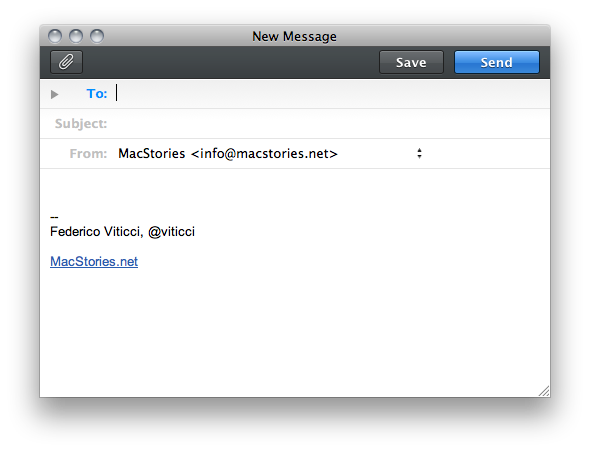 It’s been a while since we last covered Sparrow, a native Gmail client for Mac. The first version of the app came out in early October, and the developers have been busy fixing bugs, introducing new features and refining the design in these past two months and a half. What started as a nice Gmail app clearly inspired by Loren Brichter’s Tweetie slowly evolved into a stable, unique and feature-rich Gmail app for the Mac. 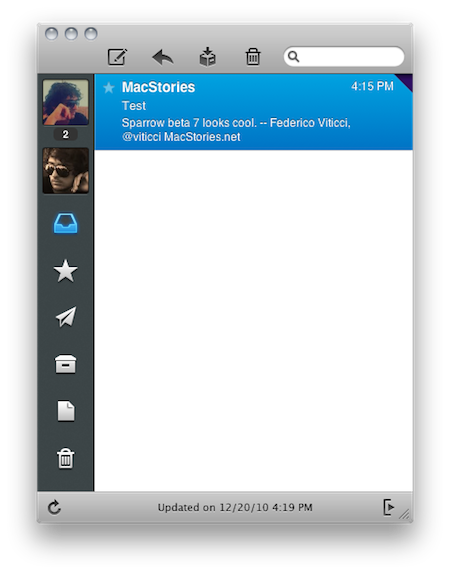 With beta 7, released earlier today, the Sparrow developers are taking the challenge a step further by shipping what has become a complete and beautiful Gmail app for OS X. Unlike previous versions of the app, Sparrow now fully integrates with Gmail by offering shortcuts, quick labeling and archiving, a plain text option and recipient auto-complete. The compose window has been completely redesigned, it’s more compact now and sports some pretty pixels to look at. The animations are cool and elegant as well, but most of all, thanks to auto-complete, it takes a few seconds to get ahold of a contact.

Overall, the app feels faster and smoother, animations have been implemented everywhere in Sparrow to make it almost “fun” to switch between accounts and different sections of Gmail. Yes, the app is still based on a Tweetie-like concept with navigation elements and accounts located in a left sidebar.

Other new features and design choices found their way in beta 7. The app finally has a progress bar and horizontal scrollbars, there’s a shortcut to quickly insert a link in a new message and both the message list and the conversation views have been redesigned. Messages (both in the main view and in conversations) now open faster with, again, neat animations.

Beta 7 is a huge and important update for existing Sparrow users and a milestone for the developers. The app is nearing the final 1.0 release, and we wouldn’t be surprised to see it live on January 6 in the Mac App Store. Sparrow keeps on getting better, as it doesn’t feel like the little kid inspired by Tweetie anymore. It’s becoming a serious Gmail client.