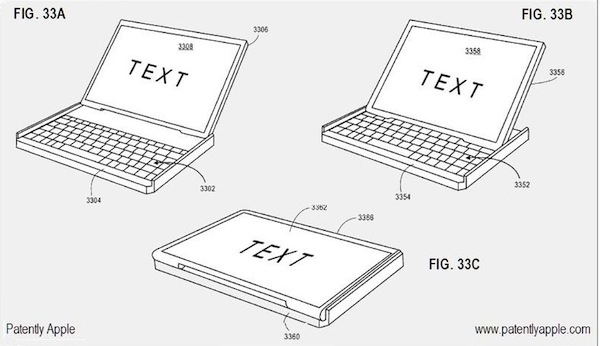 According to the most loyal Apple fan, two are the “dream products” Apple has in store: the iMac Touch and the MacBook Tablet. While we don’t know whether such machines would make for great innovations or terrible hybrids, the loyal Apple geek surely can dream. And it’s not that patents Apple is granted do anything to convince him that these products aren’t real.

As noted by Patently Apple, the much rumored and long-awaited MacBook Tablet showed up again in a patent published a few days ago. It’s a convertible MacBook / iPad-like device with a touchscreen and a physical keyboard, something that Steve Jobs could really describe as a MacBook hooking up to an iPad. Other patents Apple was granted include one for multi-touch scrolling behavior and the iPad’s virtual keyboard.

Dell is getting ahead of Apple in the convertible notebook market with its latest Inspirion Duo hybrid, and we’re not sure whether Apple will actually ship something like a MacBook Tablet in the next few years. It sounds cool thinking about some sort of MacBook Air with a touch screen, but, as usual, Apple patents are something the loyal Apple fan shouldn’t rely on.