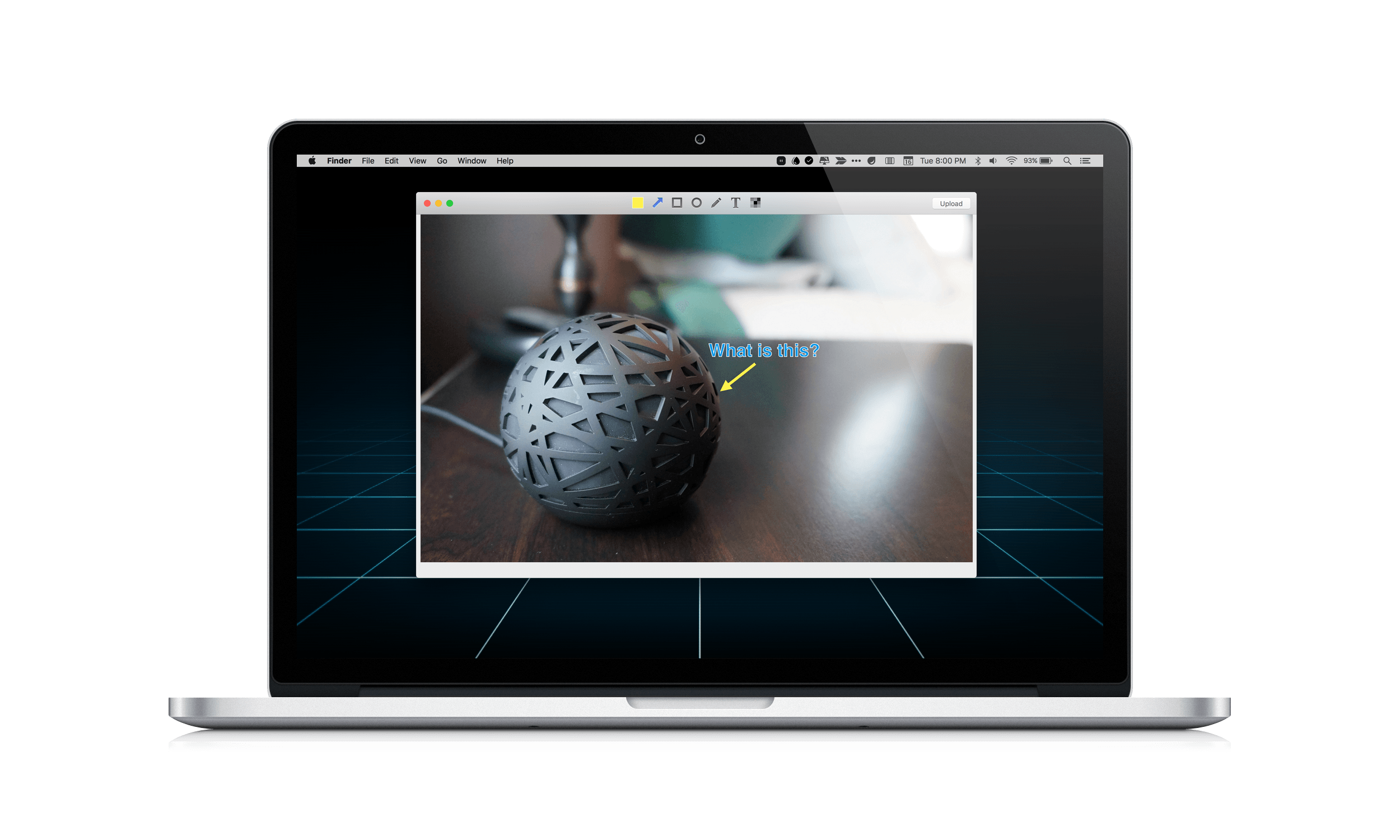 Yesterday, Droplr released a version of its online file sharing service as a Mac-only integration with Slack called Screenbot. Like Droplr, which I covered in my roundup of Mac and iOS screenshot apps, Screenbot makes it easy to share screenshots, screencasts, the clipboard, and other items.

Screenbot has a free tier that permits you to share a rather anemic 20 items per month. For unlimited sharing, you will need to pay $5 per Slack user, per month, which could get expensive fast if you have a lot of users. Given the amount of time so many teams spend in Slack, Screenbot is a smart move by Droplr, but I am skeptical about whether it is economical, unless you have a big budget and your file sharing needs are simple.

Screenbot lives in the menu bar of your Mac, facilitating file sharing by hosting the files on its service, and providing you with a URL to share. If you are familiar with Droplr, you already know what Screenbot can share:

Screenbot also includes shortcut commands to capture an entire webpage from Safari or Chrome as an image, and to share images created in Photoshop, Illustrator, and Sketch.

To activate Screenbot, you can type any of the following commands in Slack: 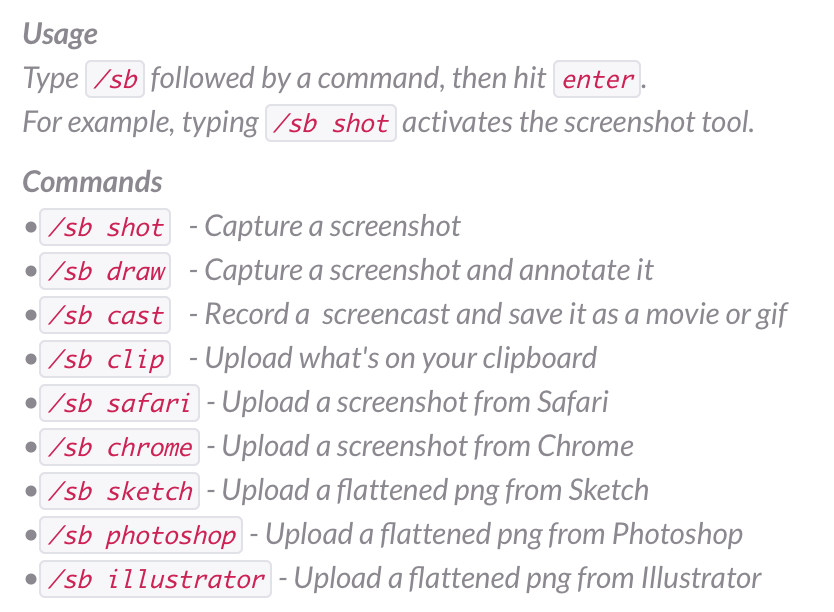 From outside Slack, you can type Control-1 to bring up a menu from which you can select the action you want. After your file is ready to share, another window pops up to let you choose a Slack channel or team member with whom to share the file. I don’t like that there is no way to escape or cancel out of choices you make from these menus. Also, items are shared immediately to Slack without the opportunity to add a comment or new file name that you have when dragging a file into Slack.

Screenbot is in beta, so you should expect bugs if you try it. For the most part, Screenbot worked for me as expected. Screenbot did crash a couple of times when I tried to share an image from the clipboard and when I uploaded an especially large file, which required me to restart the app both times. Screenbot also lost track of Slack occasionally. When I tried to share something from within Slack, the in-Slack bot complained that I needed to open the menu bar app, which was already running.

Slack has taken off the past couple of years and it makes sense for Droplr to follow their customers to where they are getting their work done. That said, the reality is that Slack already fulfills the core of Droplr’s service – file hosting. I can drag a screenshot into the MacStories Slack and it’s uploaded almost instantly for team members to view. There really isn’t a compelling reason that I can think of for images to be hosted on Droplr instead of Slack. Screenbot also offers a screenshot tool capable of rudimentary annotation and a basic screencast capture tool, but I prefer to use, and often need, more capable editing tools like Pixelmator, Napkin and ScreenFlow.

That said, if you work somewhere that uses Slack, has the budget to pay $5 per user per month,1 and your file sharing needs are either very basic or you don’t have access to better editing tools, Screenbot is worth considering. But for a small team like MacStories, where each of us has better tools at our disposal, the $540 per year it would cost to give all nine team members unlimited access to file uploads, doesn’t make economic sense.

An updated pricing page with the details can be found here.

The pricing clarification from Droplr is welcome and means that using Screenbot with Slack is more economical that originally suggested above.