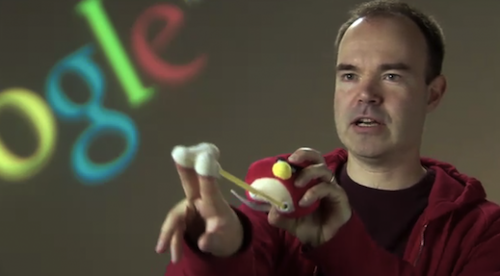 At the paidContent Mobile conference today in New York City, Rovio “Mighty Eagle” Peter Vesterbacka announced Angry Birds has reached a total of 200 million downloads on all platforms. This figure includes the Angry Birds, Angry Birds Seasons and Angry Birds Rio games available on the iPhone (free and $0.99 version), iPad (free and $4.99 version) and Android handsets (free, ad-supported). BusinessInsider also reports other announcements from Vesterbacka, which will possibly extend the popularity of Rovio’s brand even more:

On top of the app’s success, Vesterbacka says an Angry Birds book will launch this summer with distribution through Barnes & Noble, Amazon, and Google. Plus, the company is working with animators for its own Angry Birds movie.

And then there’s the merchandise. Rovio has deals with manufacturers in China for Angry Birds gear such as lunchboxes and toys.

The number is impressive and I’m pretty sure it makes Angry Birds the most downloaded mobile game of all time, or at least the most download App Store title ever. In the past months, Rovio reported other notable figures such as 10 million downloads for Rio in 10 days, or the 200 million minutes people spend playing Angry Birds every day.