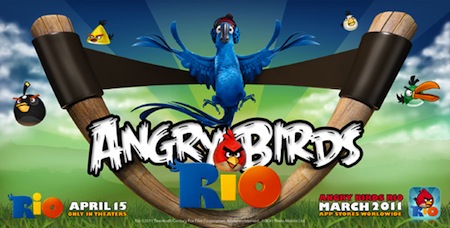 Perhaps Rovio’s success with the Angry Birds franchise doesn’t surprise anymore as much as it did in 2010, but we still think the numbers these games for iOS and Android are generating are impressive. The latest game of the series, Rio, is based on a collaboration with Twentieth Century Fox to merge the gameplay of Angry Birds with the world of Rio. With a tweet, Rovio said that Angry Birds Rio hit “10 in 10” – suggesting 10 million downloads were achieved in 10 days since the release of the app for iOS and Android devices, both in free and paid editions.

A bit of investigation by Mobile Entertainment has proved that, as expected, said tweet referred to the number of downloads in the same number of days.

Rovio didn’t provide detailed numbers for iPhone, iPad and Android sales, nor did they specify whether the free version was downloaded more than the paid one. Still, 10 million downloads in 10 days is impressive. Now about that fake movie trailer…