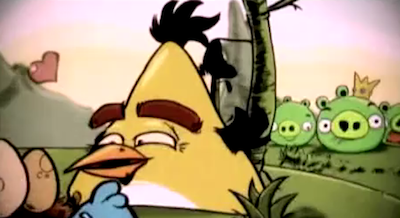 Okay, we know Angry Birds has become a social phenomenon like no one ever did before, but the latest numbers shared by Rovio’s “mighty eagle” Peter Vesterbacka are just impressive. Absurd, if you think about it. Here’s the revelation: people spend 200 million minutes every day playing Angry Birds on the platform the game is available. 200 million minutes means every week 1,400,000,000 minutes are spent killing the infamous pigs that made this game famous. That’s over the billion, and I don’t even want to do the math for all the months Angry Birds has been available.

Of course, I assume other popular PC and console games have impressive numbers as well, but this is insane for mobile gaming – a market that four years ago was basically non-existent, or at least dreaming of reaching such a level of popularity. Remember when we used to play Snake on our Nokia cellphones? That’s exactly what I mean. Think about those days, and look at Angry Birds’ success now. The change in less than a decade is incredible.

You can listen to Rovio CEO talk about the proliferation of the birds below. With a new version coming out in March and a sequel likely to debut in 2011, I would buy some Rovio stock if it was available right now.