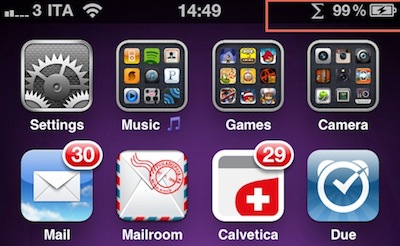 Synchronicity for iPhone and iPad is one of the best jailbreak tweaks released in 2010. We first reviewed it in August, and I haven’t stopped using it since then: Synchronicity allows you to keep using your device even while it’s syncing with iTunes. Typical scenario: you’re reading stuff in Instapaper but you need to install Rage HD or Infinity Blade on your iPhone. You don’t want to stop reading because iTunes will take 15 minutes to install the app on your device. Synchronicity comes in handy in these situations, when you want to update your device to the latest changes in your iTunes library but you don’t want to be forced to staring at the “Sync in Progress” screen for more than 20 seconds.

The best part of Synchronicity is that it’s lightweight and so unobtrusive you’ll quickly get addicted to it and forget about it being a Cydia hack. One day iTunes will work like this, with changes happening in the background, perhaps over-the-air. A major update to the tweak was released last night: Synchronicity 2.0 gets rid of the red tethering-like bar that appeared on top during sync and put a greek “Sigma” icon in the menubar to inform that an iTunes sync is occurring. The tweak has also been updated with performance improvements and bug fixes; it works really well both on my iPhone 4 and iPad.

Synchronicity is a $2 purchase in the Cydia Store. If you have a jailbroken device, I don’t see why you shouldn’t use this.