Welcome to MacStories’ 2010 Roundup! In this new series, we collect the best apps released in 2010 for the Mac, iPhone and iPad — apps we have probably already featured here on MacStories. Only the best apps, both free and paid. Apps you shouldn’t miss.

2010 has been a great year for the jailbreak and Cydia community. The Dev Team managed to successfully deploy jailbreak tools for all the new OS updates Apple released this year (iOS 4, iOS 4.1, iOS 4.2) and they even released jailbreak for the iPad in May, a month after the tablet’s public release. The interest in jailbreak and Cydia, the alternative App Store, has grown exponentially in 2010, and Saurik (Cydia’s creator and main developer) decided that it’s time to bring Cydia to the Mac.

In this 2010 roundup we have collected the 10 best Cydia apps & tweaks that were released this year. These apps and tweaks are all aimed at enhancing the functionalities of the iPhone and iPad and overcoming the limitations imposed by Apple, which is the true spirit of jailbreak: tinkering with an iOS device to get the most out of it.

So jump after the break, and check out the top 10 Cydia apps of 2010. If you haven’t considered jailbreaking your device yet, maybe it’s time to do it.

FullScreen for Safari is the best tweak you can install on your iPhone to gain additional functionalities on MobileSafari. FullScreen will, indeed, allow you to navigate in full-screen mode without having to look at Safari’s top and bottom window chrome all the time. You can set Safari to start in full-screen by default on every app launch, activate dozens of multi-touch gestures as shortcuts to get things done faster (example: three finger swipe up opens new tab) and also install an action popup menu that contains other shortcuts otherwise buried deep down into Safari’s interface. 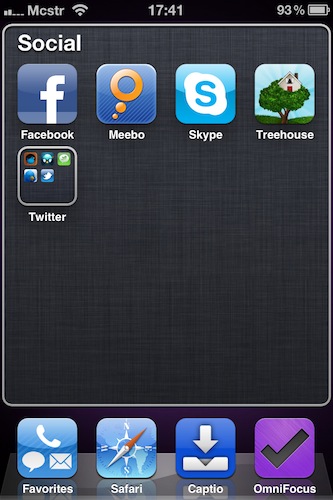 FolderEnhancer is my app of choice when it comes to tweaking and enhancing the features of Apple’s folders on iOS 4.x. FolderEnhancer lets you open folders in full-screen above the dock, place folders within folders, put up to 320 apps inside a folder and navigate between them with scrolling or pagination. Most of all, FolderEnhancer is faster than Apple’s folders, as the developer implemented some crazy fast animations that make launching a folder a great experience.

FolderEnhancer for iPhone and iPad is available at $2.49 in the Cydia Store. Our review here. 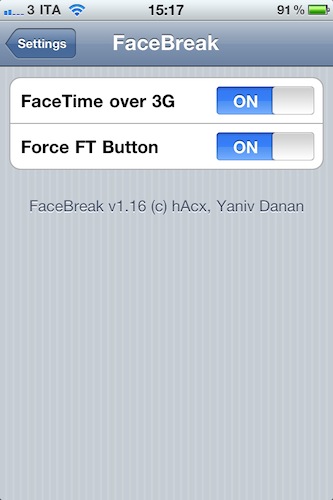 FaceBreak lets you have FaceTime calls on 3G. That’s it. Once installed and enabled in the Settings, the app will silently run in the background until you try to FaceTime with no active WiFi connection. When that happens, FaceBreak will show up as a notification on screen telling you “Hey, FaceBreak is on”.

One of my must-haves which, thanks to Italy’s great 3 coverage, has changed the way I use FaceTime.

Another rather simple tweaks that does something iPhone users have been asking for years: Browser Changer enables you to set an alternative default browser, other than MobileSafari. It works well on the iPhone, iPod touch and iPad and lets you even apply the new browser to Google Maps and Youtube. Once installed, every app that contains a “Open in Safari” option will redirect the link to the browser you chose in the Settings. 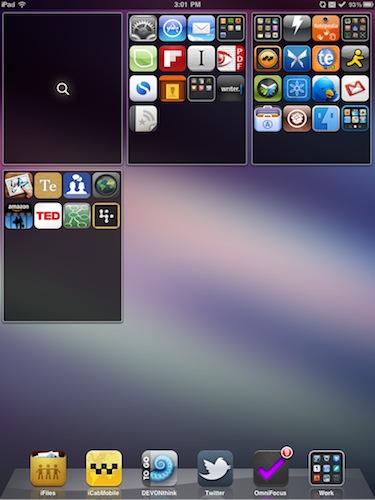 Overboard by Ryan Petrich provides a neat way to navigate your Springboard pages using an overlay interface similar to Apple’s Spaces and Exposè on the Mac. You can configure it to be activated with an Activator command, and it runs both on the iPhone and iPad. If you have lots of pages on your device and you find yourself constantly swiping between them to get to specific apps, Overboard is for you. 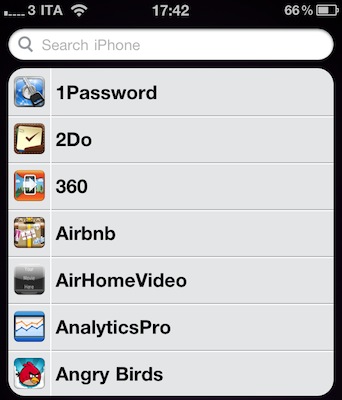 ListLauncher turns the iPhone and iPad Spotlight into a simple app launcher with all your apps listed alphabetically. If you want to use your Spotlight regularly, just start typing to get it to find anything on your device. I’m using this everyday. 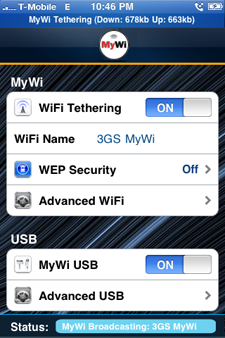 MyWi is quite possibly the most popular app available in Cydia. What it does is simple: it lets you use an iPhone or iPad 3G as a mobile hotspot to create a wireless network and share your connection with other devices. This is one of the features Android users mention as a great selling point of Google’s mobile OS, and they’re right: using an iPhone as a hotspot is great, especially if you have an iPad WiFi. I can’t recommend MyWi more, it saved me several times in the past and I couldn’t “live” without it anymore. 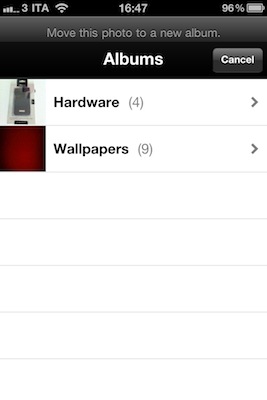 By default, the iPhone can’t create photo albums. You only have the Camera Roll (or Library, on the iPad) and all the photos and screenshots you take on your device will end up there. PhotoAlbums+ fixes that, offering a way to create albums on the iPhone and move photos between them without the need of using iTunes or iPhoto. It’s a Camera Roll hack that works in any app that has access to it (Twitter clients, Facebook, etc) and it feels very intuitive. 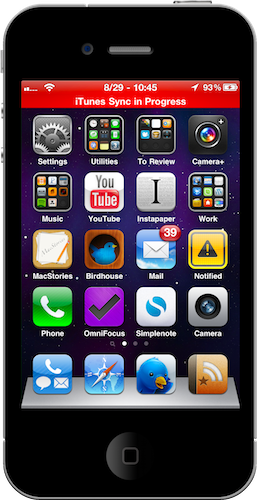 Another tweak that does one thing, and does it extremely well. More importantly, it does one thing that I’ve wished my iPhone could for years: it lets me use the iPhone while it’s syncing. I know, doesn’t sound as a big deal. But, as soon as you install Synchronicity, you’ll see how much it’s great to be able to keep using a device even if iTunes is installing apps, music, or whatever. The status bar will turn red to let you know that an iTunes sync is running ion the background. It works fairly well on the 3GS and iPad, it’s just perfect on the iPhone 4 thanks to its extra memory and power.