Here’s a huge one, jailbreakers: Synchronicity is a new tweak that has just been released in Cydia which lets you use your iPhone while it’s syncing with iTunes via USB.

By default, when the iPhone is syncing with iTunes (to install apps, or copy some music or whatever) a new screen appears which warns you that sync is “in progress”, and you can’t do anything else. Well, besides stopping the sync process by sliding your finger on the cancel menu. You can’t run apps, open Safari, fire up iPod.

Synchronicity removes this limitation, with a few lags here and there, but I’ve personally tested it and it works great. For instance, only taking screenshots took a little longer than usual - everything else worked flawlessly, and iTunes was syncing. I opened Osfoora, Reeder, Settings.app and all my folders. No problems, sync / backup with iTunes took 2 minutes as usual.

If you’re running a jailbroken iPhone (or iPod Touch) this is a must-have. Available at $2 in Cydia through Big Boss’ repository. 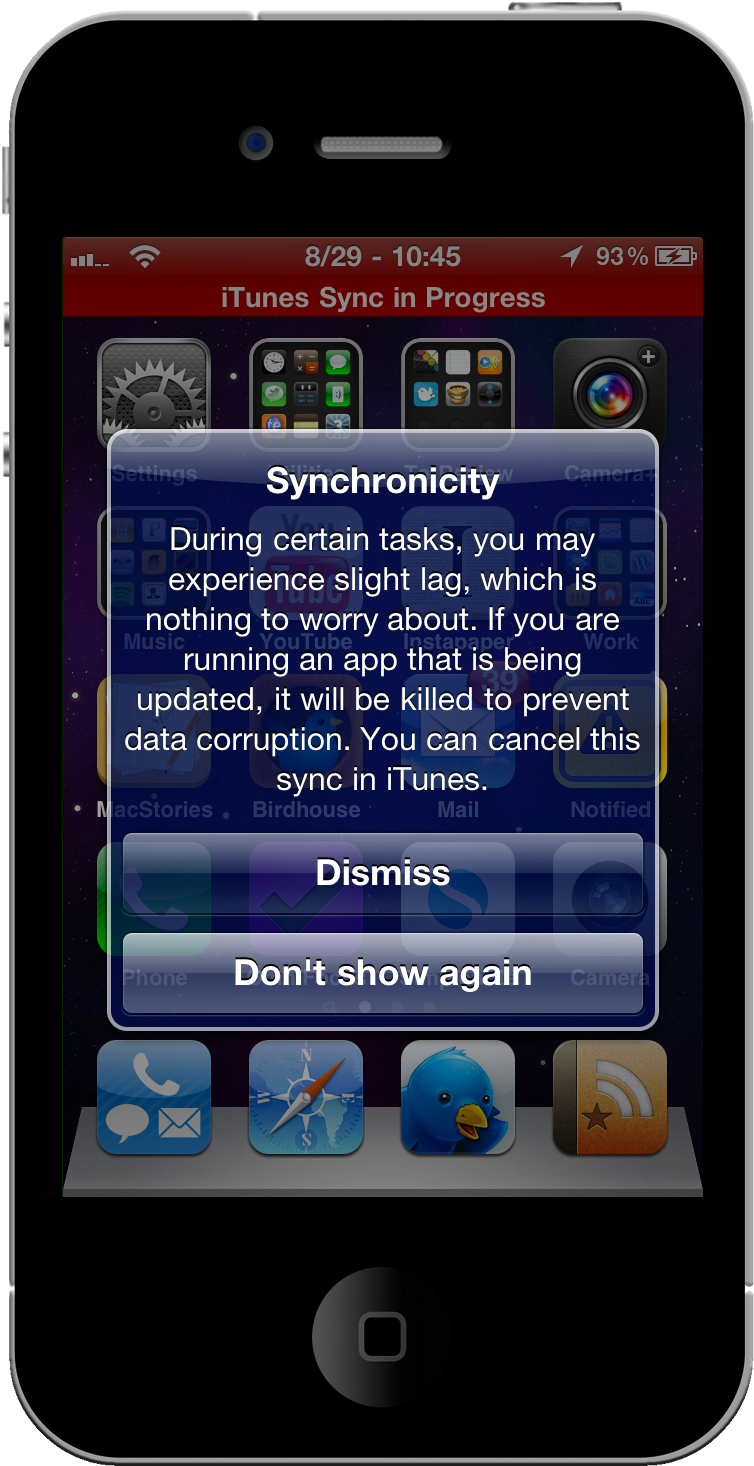