Jailbreakers, it’s time to backup your SHSH blobs again: according to a report from ZDNet, Apple has a software update ready to fix the annoying alarm clock bug discovered a few weeks ago, and it should come out “soon”.

The bug was first discovered on Sunday morning after daylight savings kicked in for New South Wales, Victoria, the Australian Capital Territory, South Australia and Tasmania. Unless otherwise configured, most iPhones automatically adjusted to daylight savings and moved an hour forward. However, due to a glitch in the iPhone’s alarm clock application, any recurring alarms set to go off on multiple days, such as a weekday alarm, would go off an hour earlier than the time set. 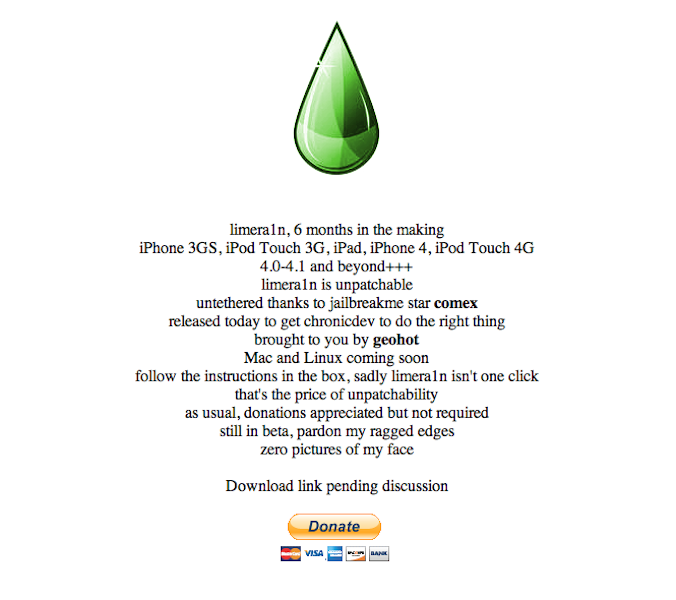 ZDNet doesn’t say anything about Geohot’s recently released exploit and jailbreak tool, but if it’s true that Apple is about to release a software update aimed at fixing bugs, then it’s very likely that the vulnerability will be fixed as well. Specifically, @comex’s untethered hack should be the part Apple is focused on closing.

Back in August, it took 10 days for Apple to release a fix for JailbreakMe’s PDF exploit. A new beta of iOS 4.2 should be coming out on Thursday, and I wouldn’t be surprised to see 4.1.1 already available at the same time. We’ll see.

To backup your SHSH blobs, go download TinyUmbrella. (Saurik’s servers are temporarily down)